MercedesBenz EQG Electricity power is the trend of future vehicle. EQS is flagship of sedans, so EQG will be flagship of SUVs. whole glass grille,go through taillamp across the spare tire cape,also have doule painted toproof. 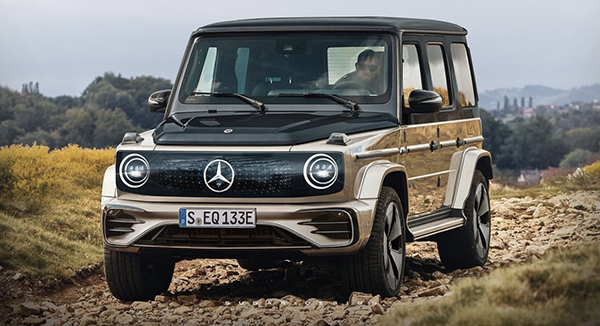 Mercedes kicked off the month of April this year by filing two motor vehicle trademarks for EQG 560 and EQG 580 models. According to company CEO Ola Kallenius himself, a fully electric version of the G-Class SUV is definitely happening.

We’ve known this to be a possibility ever since last November when Kallenius went on record with German outlet Suddeutsche Zeitung by saying “The sub-brands have to grow primarily through the return, less through the volume. Three examples: In addition to the sedan, Maybach is also getting a GLS derivative. AMG gets its own electric architecture. With the fully electric EQG, G gets a second pillar.” 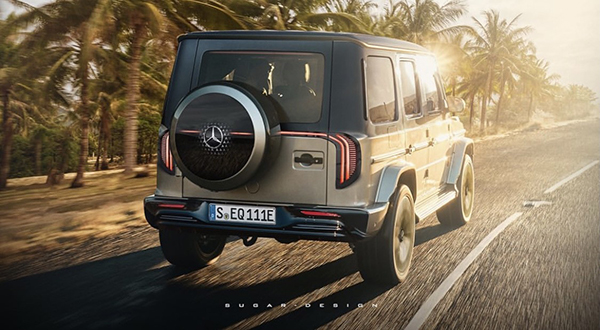 Yeah, it’s that final part that got us all tingly about the possibility, scratch that, the eventuality of an electric G-Class, which, let’s face it, should be awesome. The G-Class isn’t the type of vehicle where you’d miss its internal combustion engine if it were gone. All you need is plenty of torque and you’re golden—and torque is exactly what electric motors are good at providing.

There’s been no official word on when the EQG might be hitting showrooms, but some reports place it at your local Mercedes-Benz dealer in 2023, which means we can expect a full reveal sometime next year. We wouldn’t be surprised if things moved a little faster, though.

Now, as far as its styling is concerned, we showed you this other rendering about a month ago, which was basically a regular G-Class with an EQ-style front fascia. However, that other artist really did the entire fascia, headlights and everything, and realistically speaking, we expect the production version to look a lot more like this illustration by Sugar Design.

All he did was replace the SUV’s regular grille with a solid one while also making the headlights look a little more modern—albeit still round and positioned just how you’d expect to find them on a G-Class. As for the rear end, the restyled taillights work pretty well too, and we also dig the two-tone exterior if we’re honest.

Unlike other renderings, this one takes nothing away from the G-Class’s rugged visuals, and that’s really all we could have hoped for.