Mercedes-Benz’s efforts to electrify its lineup will include the G-Class. The automaker previewed the production version over a year ago with the Concept EQG. While specific details remain elusive, company officials’ comments are beginning to paint an intriguing picture of what the real EQG will offer when it arrives. 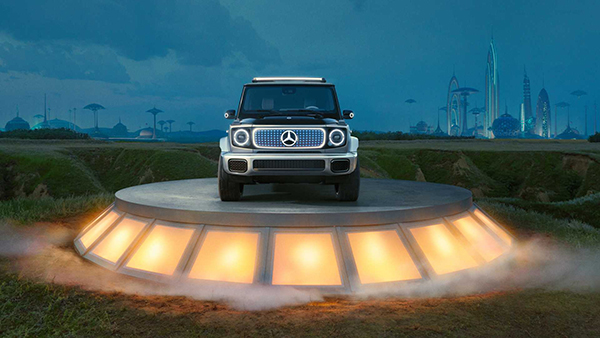 Ola Källenius, Mercedes-Benz Group’s chairman of the board of management and someone who drove an early prototype, told Motor Trend that the SUV will have “phenomenal performance on and off the road.” He called it “competent” and “easy to ride in.”

Mercedes hasn’t provided much information about the powertrain, but the concept did debut with four electric motors that will make it to the production version. They operate independently of each other and work with its shiftable two-speed gearbox. Earlier this year, Mercedes released a video showing the EQG performing a tank turn – a 360-degree spin on its own axis. At the time, the automaker also revealed that the SUV would feature a specially designed rigid rear axle and an independent front suspension.

The company has a new platform underpinning its EVs called EVA2. However, the electric G-Class won’t use it. According to Motor Trend’s report, the SUV will ride on a dedicated platform. “It is its own vehicle, full stop, and it will remain its own vehicle,” Källenius told the publication. Another EQG difference will be the optional silicon anode battery that Mercedes will offer in the model. It’ll deliver a 20 to 40 percent boost in energy density but come at a premium.

However, that’s not the only battery technology Mercedes is working on. The automaker is also developing lithium-iron phosphate batteries for entry-level vehicles and Mercedes is co-developing a new battery cell with Stellantis and ACC.

The Mercedes-Benz EQG will launch sometime in 2024, giving the automaker plenty of time to fine-tune the product. We expect Mercedes to offer the SUV with various powertrain and battery configurations. Starting price is also unknown, but the G-Class remains quite a popular model. In 2021, sales reached a new record, and this demand will only help Mercedes make more money. We hope to learn more about the model in the coming months.