After disappointing most of the public with the rushed EQC, the electric portfolio of Mercedes-Benz is quickly growing. It’s only been a few days since the EQS made its official global debut, and we’re already treated to the all-new EQB compact electric SUV. 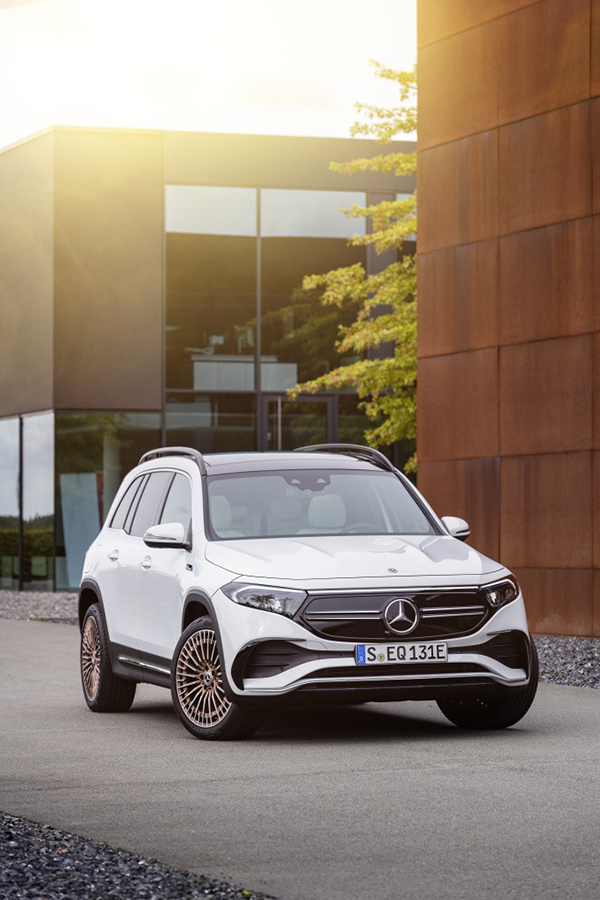 Mercedes has added a third electric SUV to its line-up with this: the new EQB, which is an all-electric alternative to the German brand’s versatile GLB compact SUV.

Placed between the EQA and EQC in the firm’s growing line-up of EQ-branded electric vehicles, the new Mercedes EQB is a compact electric SUV for buyers demanding space and flexibility, given it offers something that rivals like the new Audi Q4 e-tron and Volkswagen ID.4 don’t – seven seats. 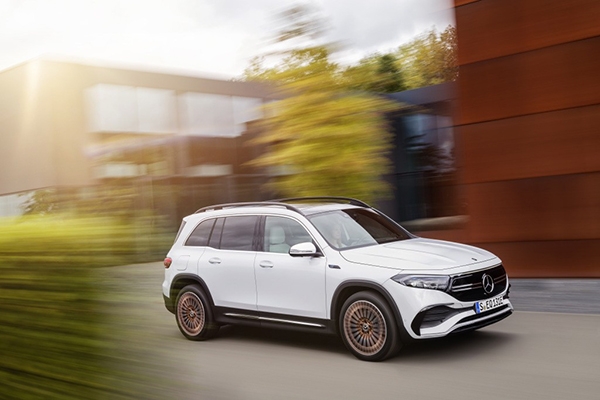 The EQB has been revealed in Chinese market specification at this year’s Shanghai Motor Show, but Mercedes says that its new electric SUV will make its European debut later in 2021.

From a design perspective, the EQB follows the convention set by its EQA and EQC siblings, by being a subtle all-electric evolution of the combustion engined car it is based on. 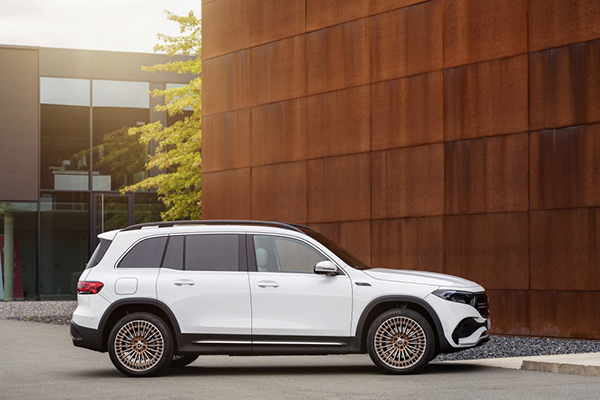 This means that the EQB retains the same size and boxy profile as the GLB, but the most notable difference is the new, aerodynamic front end with its closed off grille and EQ-specific headlight signature. Similarly, the tailgate is updated with a new full-width LED taillight bar.

The interior design is carried over nearly wholesale from the GLB, save for some material changes, such as the rose gold-coloured trim on the air vents. The dashboard is dominated by a widescreen MBUX infotainment system with twin 10.25-inch displays for the instrumentation and the main screen, both of which now feature EQ branding and graphics. 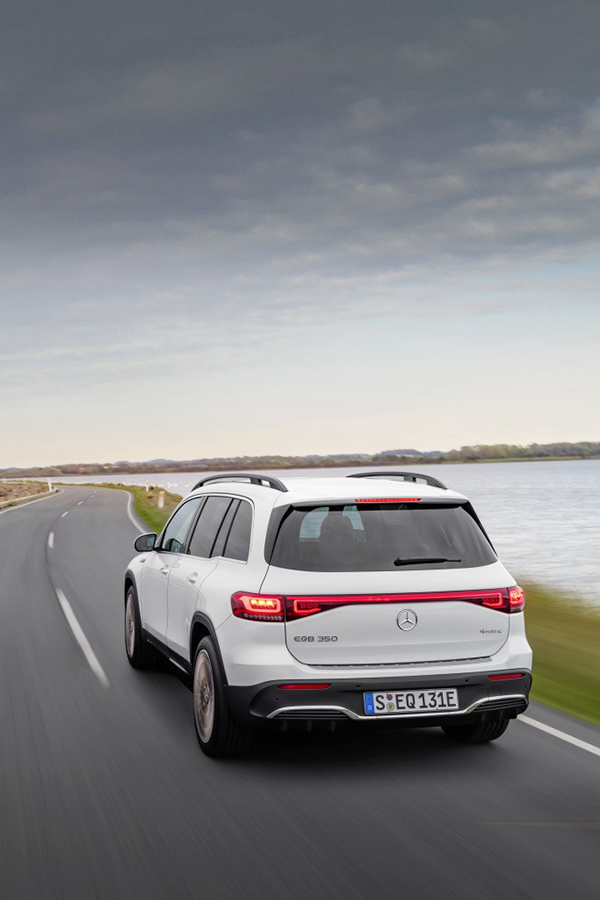 With a 2,829mm wheelbase the EQB differs from many key rivals and its smaller EQA sibling, which it shares its platform with. That’s because it’s available with a third row of seats. Mercedes says that the sixth and seventh seats are more suitable for children, however. It’ll be a standard feature in China, but will be optional when the car launches in Europe, coming as a five-seater by default.

In the five-seat model, the boot space sizes up at 495 litres, while the seven-seat model with the third row folded flat boasts 465 litres. The packaging requirements of the electric drivetrain within the converted GLB platform mean that those figures are down on the petrol and diesel GLBs, which offer 570 and 500 litres respectively. 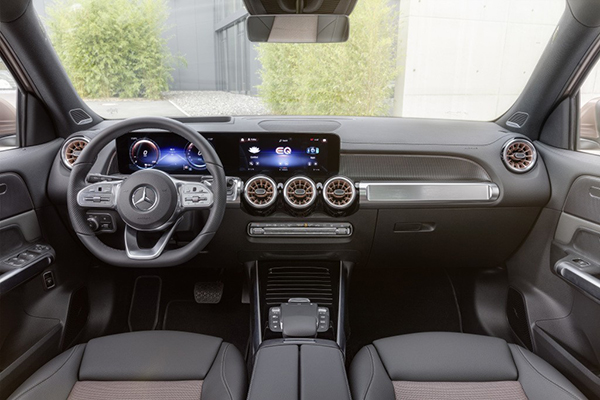 Mercedes hasn’t revealed full powertrain specifications just yet but has confirmed that the EQB range will feature several models, including front-wheel drive and all-wheel drive options, with battery sizes starting from 66.5kWh and up to 268bhp on offer. The Chinese-spec AMG Line car unveiled in Shanghai develops up to 288bhp.

The company has confirmed one version so far – the EQB 350 4MATIC – which is an all-wheel-drive variant of the new model with a range of 260 miles according to WLTP tests. Mercedes promises a particularly long range version of the new EQB on top of this. 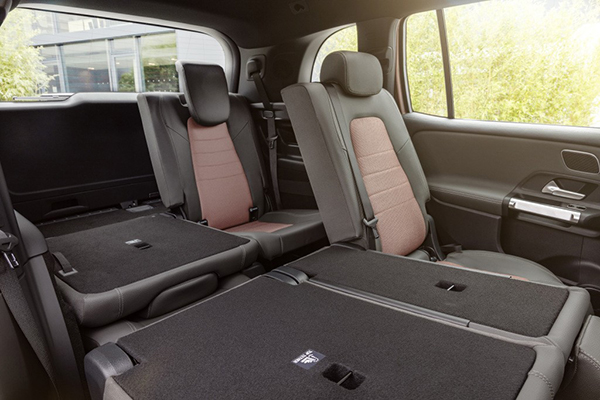 The EQB is compatible with 11kW AC charging from a wallbox thanks to its on-board charger, while its maximum CCS rapid charging rate stands at 100kW. This means a 10-80 per cent recharge is possible in half an hour.

Key driver assistance technology such as lane keep assist and active brake assist is standard on the EQB. The Driving Assistance Package will be optional, which includes further in-depth semi-autonomous driving assistance features.

Further details including equipment and pricing will be revealed when the car makes its debut in European later in the year.