Apparently, the Model Y will only roll out in new markets once the vehicle is being manufactured there, instead of being exported from Tesla’s Freemont facility across the world. 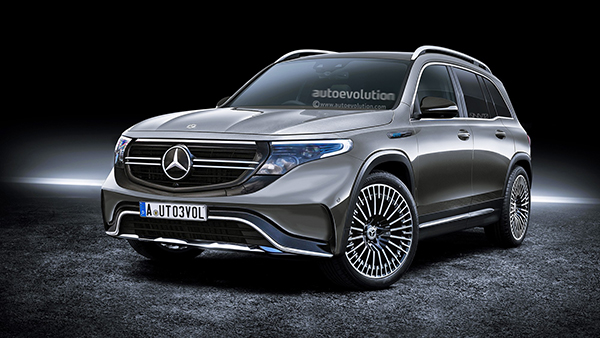 The American EV maker currently has manufacturing facilities for the Model Y in California and Texas for the U.S. market, Berlin for Europe and Shanghai for China, but deliveries haven’t yet started almst two years after the model was unveiled.

This rather long gestation period might have been just enough for Mercedes-Benz to heavily advance the development of its first-ever compact electric SUV, the EQB, despite the international health crisis.

Encompassing all the official and unofficial details we know about the model so far, we decided to give you a speculative preview of the EQB, accompanied by two virtual renderings that are not only anchored in reality but almost identical to how the production vehicle will look.

As you can see from both the renderings and previous spy photos of various pre-production prototypes, the upcoming EQB will essentially look like a GLB with restyles front- and rear-ends, both sides sporting the Mercedes-EQ family traits that were first introduced by the EQC.

We’re talking about a non-functional engine grille with an integrated light bar, specific Mercedes-EQ headlights with blue accents, while the rear might also get a light bar that connects the existing GLB taillights in the same way that it does on the EQC.

The interior should also be revamped, with the optional 7-seat configuration obviously being a huge selling point in this segment. 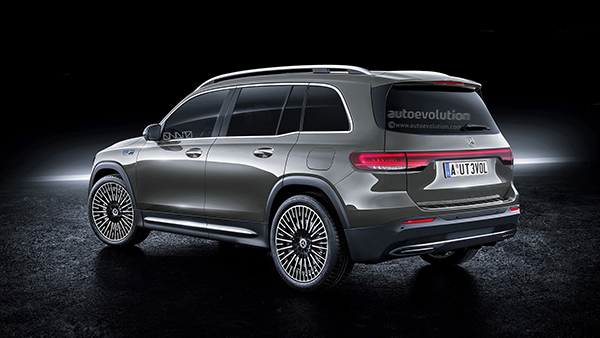 Sure, the Model Y will also offer up to seven seats, but its sloping roofline might not favor taller passengers as much as the brick-like Mercedes and its more cavernous interior, especially for such a compact vehicle.

Unlike the Tesla model, the upcoming Mercedes EV will not put most of its money on neck-snapping acceleration figures but on various interior gadgets and most of all, comfort. Not to say that it will be a slow car, with at least three power outputs to be available eventually, but its trump cards will be dealt differently than its not-so-direct rival.

It is expected that the top of the range model will feature an 80-kWh lithium-battery developed and built in-house, which should offer the blocky crossover a range of around 500 kilometers (311 miles) in the WLTP cycle.

That said, we shouldn’t see a battery with less than 50 kWh in the least expensive, entry-level model, which may or may not arrive further down the line, especially since the EQB will also be partnered by the smaller EQA, which is an electric version of the GLA.

Both dual-motor and single-motor versions should comprise the lineup, with the most powerful version having a combined output of a little over 300 horsepower, with one motor powering each axle.

No AMG version is expected, with the MEA (Modular Electric Architecture) cars being the only ones that might receive Affalterbach magic touch in the foreseeable future.

Will the Mercedes-Benz EQB and EQA be enough to steal a huge chunk of Tesla’s foothold in the somewhat affordable electric crossover market? We will find out in less than a year, with both electric Benzes going on sale in 2021, and their starting prices revolving around the $40,000 to $50,000 mark.