Mercedes-Benz has displayed numerous vehicles in its booth at the IAA 2021 today, and the electric version of the GLB, called EQB, is one of them. The German marque chose the top-of-the-line EQB 350 4Matic as the model to exhibit in Munich. And they went for a black-on-black look. 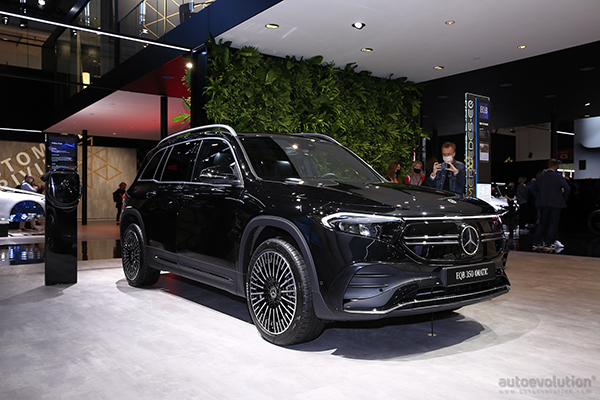 As you can observe in the photo gallery, the body of the EQB is painted in a shiny shade of black, and its wheels also have black accents to go with their diamond-cut spokes. Apart from a few trim elements, which are finished in chrome or satin chrome, the EQB is a good example of a black-on-black theme from the factory. 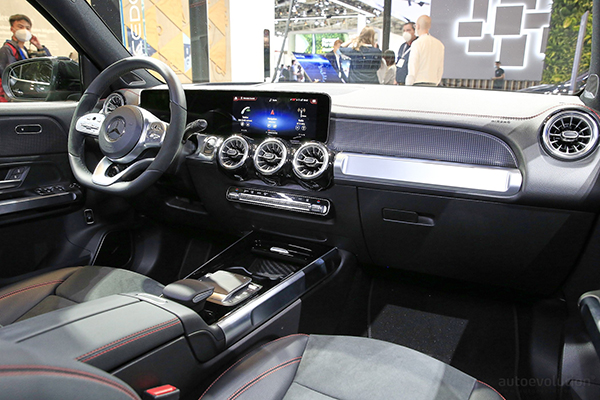 The interior blends black leather with red stitching for a sportier look, but the stitching on the steering wheel has not gone that far. 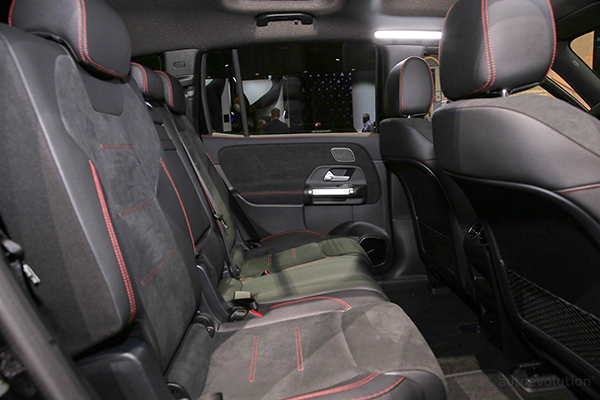 The dash does have red stitching, while the aluminum look of the ornaments makes for a pleasant atmosphere inside. The MBUX interface, along with the switchgear and materials, have been carried over from the GLB, as was expected. 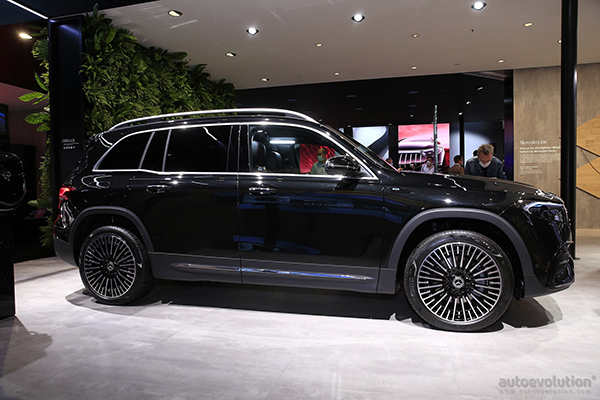 Mercedes-Benz’s EQB will be available in both Europe and the U.S. in 2022. It is just one of the electric models announced by the brand’s electric offensive, so you should expect to see even more in the coming months and years. 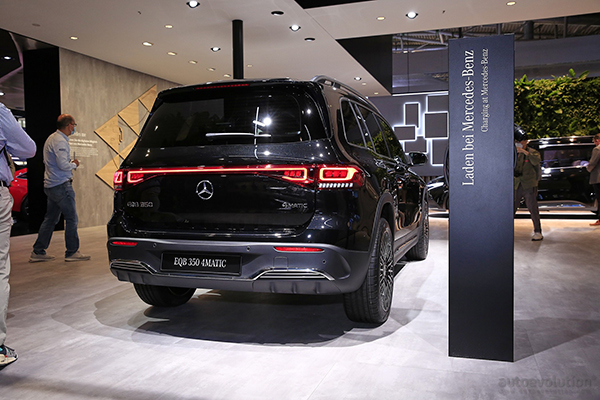 Its competitors from Audi, in the form of the Q4 e-tron, and Tesla’s Model Y Long Range comes with a significantly higher range when measured in the same WLTP cycle.

Fortunately, Mercedes-Benz previously announced that it is planning a version with a “particularly long-range,” so do not expect the two models from Audi and Tesla to reign supreme for too long. Mercedes-Benz already offers the GLB in both five-seat and seven-seat versions, which is a unique selling point in the class.