With the new EQB by Mercedes-EQ, the whole family can enjoy electric mobility. It offers a highly variable interior concept with up to seven seats. Even fully loaded there is still plenty of space for many innovations: the digital cockpit with MBUX understands and reacts seamlessly to your commands and gestures.

The All-Electric EQB: This is for New Dimensions By Mercedes-Benz

The European market version of the seven-seat Mercedes EQB SUV has been revealed, following its debut at China’s Shanghai Motor Show earlier this year.

It’s an all-electric version of the brand’s versatile GLB small SUV, and Mercedes has revealed that two versions will be available from launch: the EQB 300 4MATIC and the EQB 350 4MATIC, both capable of 260 miles on a full charge, thanks to a 66.5kWh battery.

The 300 model makes use of a 219bhp all-wheel-drive dual-motor electric set-up, while the 350 uses a 288bhp version of the same drivetrain. Mercedes says that a long-range variant is coming. 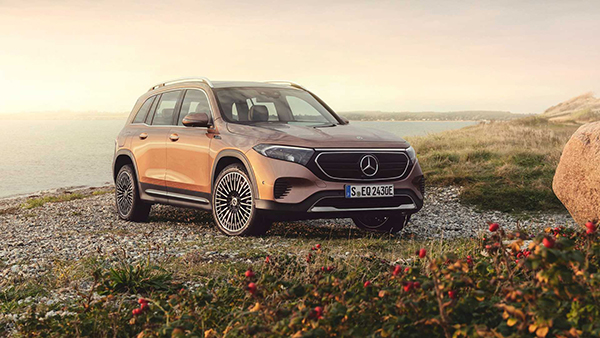 Max charging is capped at 100kW DC, meaning a 10-80 per cent recharge in 32 minutes. The EQB is compatible with 11kW AC charging from a wallbox thanks to its on-board charger, too.

Positioned between the EQA and EQC SUVs in the firm’s growing line-up of EQ-branded electric vehicles, the new Mercedes EQB is a compact electric SUV for buyers demanding space and flexibility, given it offers something that rivals like the new Audi Q4 e-tron and Volkswagen ID.4 don’t: seven seats.

From a design perspective, the EQB follows the convention set by its EQA and EQC siblings, offering a subtle all-electric evolution of the combustion-engined car it is based on. 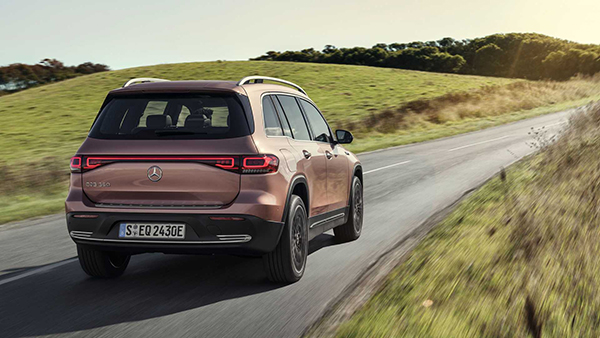 This means that the EQB retains similar dimensions and a boxy profile like the GLB, but the most notable difference is the new, aerodynamic front end with its closed off grille and EQ-specific headlight signature. Similarly, the tailgate is updated with a new full-width LED tail-light bar.

The interior design is carried over nearly wholesale from the GLB, save for some material changes, such as the rose gold-coloured trim on the air vents. The dashboard is dominated by a widescreen MBUX infotainment system with twin 10.25-inch displays for the dash panel and the main screen, both of which now feature EQ branding and graphics.

With a 2,829mm wheelbase, the EQB differs from many key rivals and its smaller EQA sibling with which it shares its platform. That’s because it’s available with a third row of seats. Mercedes says that the optional sixth and seventh seats are more suitable for children, however. 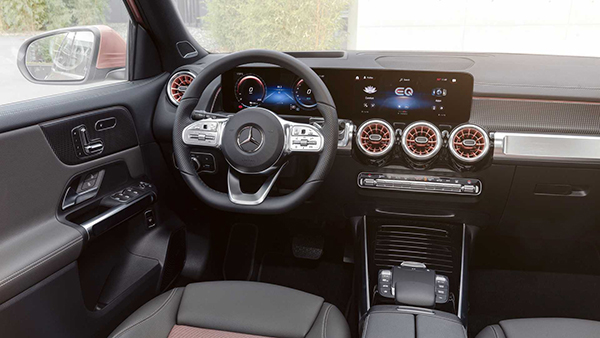 In the five-seat model, boot space stands at 495 litres, while the seven-seat model with the third row folded down boasts 465 litres. The packaging requirements of the electric drivetrain within the converted GLB platform mean that those figures are down on the petrol and diesel GLBs, which offer 570 and 500 litres respectively.

Key driver assistance technology, such as lane keep assist and active brake assist, is standard on the EQB. The Driving Assistance Package will be optional, which includes more advanced semi-autonomous driving assistance features.

Sales will commence in the UK early next year, with prices likely to start from around £47,000.