The thing is people tend to compare it with the other Mercedes-Benz models that still use an internal combustion engine, and if you do that, the EQS falls short. It’s not nearly as elegant, as sporty, or as non-disruptive as them, three aspects that may not sit right with the conservative fans of the brand. 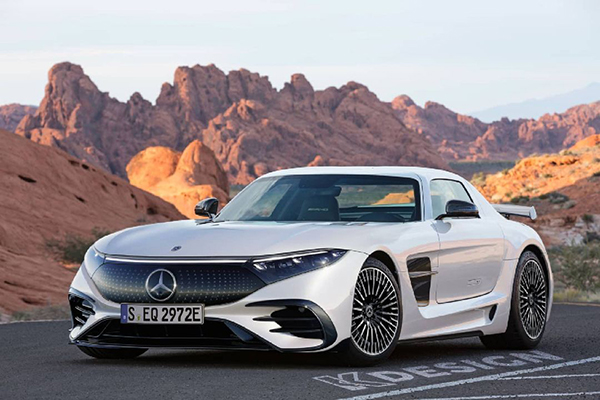 But then you read about the fact it’s the most aerodynamic production car ever made with a drag coefficient of just 0.2, and you begin to realize the design you see is the result of hours of interdepartmental work at Mercedes-Benz, and maybe even a few unslept nights, and you begin to give it a lot more credit even if the styling isn’t exactly up your alley.

So, we’ve already established the EQS doesn’t look particularly sporty, which means the last thing you would expect is for its features to look good on a model that was the range-topper in terms of performance for Mercedes-Benz during its time: the SLS AMG. 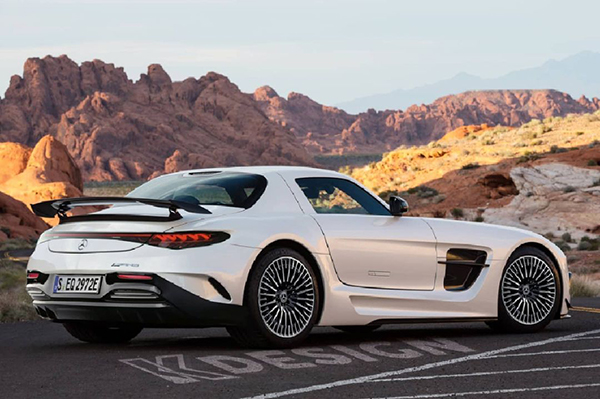 Well, it turns out you would be wrong because this Mercedes-Benz EQ SLS AMG (or Mercedes-Benz SQS AMG, as its creator calls it) is actually a stunner. The front end of the EQS sedan merges brilliantly with the retro-inspired styling of the SLS, giving the latter a more modern look without altering its performance GT appearance.

The SLS AMG is arguably one of the best designs of the past few decades and one that manages to look just as relevant now as it did back in 2010 when its short-lived production run started. That means it didn’t really need an update, but the fact the EQS styling fits it so well actually offers further credit to the initial work that went into the development of its original appearance. Try doing that with other older models and see how it goes.

It’s more of the same at the rear where the one-piece lightbar integrates beautifully with the SLS AMG’s small trunk lid, to the point where we’re just about to write Mercedes-Benz and ask them to reconsider bringing back the SLS AMG Electric Drive using more modern technology and similar styling to this one. It’s not like we expect them to listen, but we couldn’t live with ourselves if we didn’t at least try.