Earlier this year we saw the new Vision AMG concept – a car which showed us what performance Mercedes could look like under the firm’s switch to electrification. Now it’s time for Mercedes’ first virtual show car, which could also pave the way for the next generation of its production models. 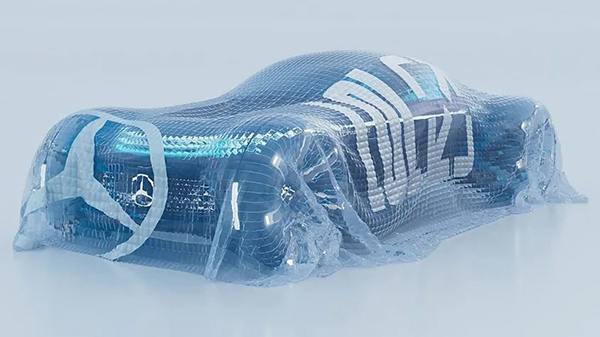 The teaser image was posted on Instagram by the Chief Design Officer of Mercedes, Gorden Wagener. Although the car itself is covered by a Mercedes-branded cloak, the sheet is semi-transparent so much of the design is on show.

The front of the virtual car features a typically large Mercedes badge within a wide rectangular grille, with a LED strip above. However, to the sides we can see vertical headlights sitting at the front of the wheel arch; the front wheels themselves sit in front of the grille. The illuminated wheel design is somewhat reminiscent of the Vision AVTR from 2020 and the pronounced haunches mimic the 1954 Mercedes W196 Formula One car.

Looking at the rest of the car, it’s a curvy shape which should help aid aerodynamics – something Mercedes has been focusing on with the creation of the all-electric EQS, currently the world’s most aerodynamically efficient production car.

Judging by the hashtags used on the original Instagram post, the new Mercedes show car should be revealed virtually through an upcoming video-game world championship, running from September 29 to November 5.