Mercedes-Benz started an impressive offensive with its new EVs. The EQS is a proper statement coming from a premium and legacy manufacturer, while concepts like the EQG show us the three-pointed star brand is serious about making battery electric vehicles (BEVs). Unlike its rival BMW who is also focusing on fuel cell electric vehicles (FCEVs) like the iX5 Hydrogen, Mercedes-Benz wants to make sure green vehicles with batteries in the floor remain as such even after their life span has ended. 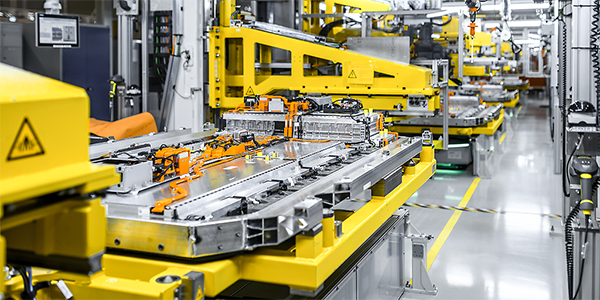 This recycling plant will benefit from multiple partnerships and will run first as a pilot. The German carmaker is eyeing a recovery rate of over 96%. They want to extract important materials like graphite, cobalt, nickel, manganese, and lithium through a mechanical hydrometallurgical process. With the location being set in Kuppenheim, Mercedes-Benz will also work with American, Chinese, Australian, and local partners to ensure everything goes according to plan. This means the company wants its new factory to work around the clock and source the elements needed to make other BEVs.

According to the press release you can find attached down below, the automaker intends on recycling Li-ion batteries from plug-in hybrid first because these will be easier to source. Mercedes-Benz’s BEVs are still new and there’s no real need to destroy them yet.

For this plant alone, the German carmaker has founded a subsidiary called Licular GmbH. This entity will work with Neometals and Primobius to ensure the project’s success.

But there’s a small catch here. Mercedes-Benz will go on to build the first stage of the factory this year to make sure operations start in 2023. But it won’t be working as planned in the first stage, as the company awaits public support from the German government. They will venture into full capability only if the public sector will have its own say in the matter as a supporter. In 2023, Licular will only dismantle batteries. Shredding, drying, and other relevant processes will only happen after an agreement is reached with public officials.

If Mercedes-Benz’s plan succeeds as a whole, then battery electric vehicles will truly achieve their status of ‘green cars’, as they’ll become the most important part of a circular economy. This means mining won’t have to be of such importance anymore, and cars won’t end up leaking in some junkyard.

The automaker believes it will make 50,000 new batteries every year for its new EQ cars.