An image of a heavily updated Mercedes-AMG E 63 S has been leaked by the cochespias Instagram account ahead of the official reveal of the conventional E-Class saloon at the 2020 Geneva Motor Show in March. The photo shows the back of the BMW M5 rival completely undisguised. 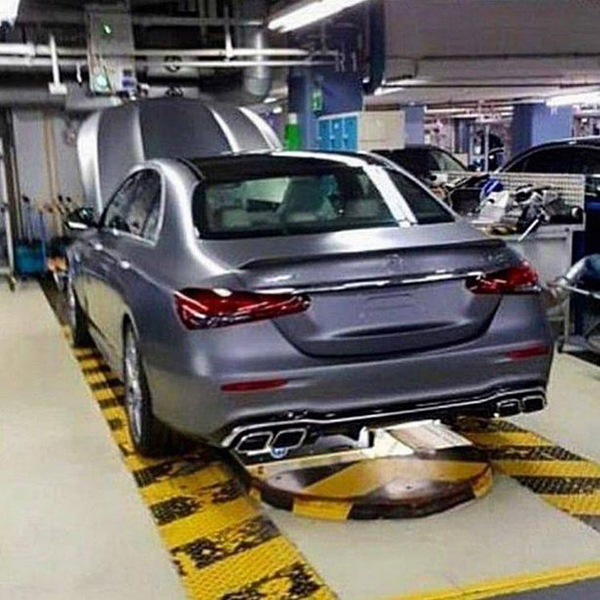 Focusing first on the details that make the E 63 unique, the latest hot saloon sports revised quad tailpipes in a squarer shape than before. They’re surrounded by a chrome trip that highlights the edge of the rear diffuser.

Further up, there are changes which apply to the whole Mercedes E-Class range. The old car’s rear light clusters are replaced with wider, thinner units extending into the bootlid, similar in appearance to those used by the A-Class. The E 63’s lip spoiler also appears to sit at a more aggressive angle than on previous AMG models.

The leaked image follows on from an official Mercedes release outlining the first details of the car and images of disguised models.

Beyond the AMG model, the firm’s revamped BMW 5 Series rival is set for an upgrade, with new driver assistance technology, a range of new hybrid-electric powertrains and a completely redesigned cabin with Mercedes’ latest MBUX infotainment system due alongside a mild exterior revamp.

Images suggest that this E-Class facelift will be similar in structure to the company’s C-Class revamp from last year. Cosmetic revisions will be minor, being limited to new headlamps, fresh tail lights, an updated radiator grille and mildly modified bumpers.

Updates to in E-Class’s cabin will be far more eye-catching. Mercedes has confirmed that the revised Audi A6 fighter will receive a new multi-function steering wheel with touch-pad controls, a new air quality indicator and the brand’s latest dual-screen 10.25-inch MBUX infotainment system with voice control. 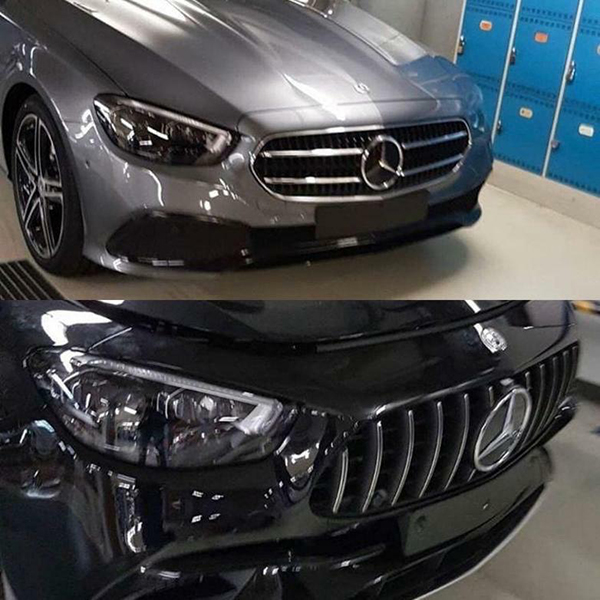 New Mercedes-Benz E-Class: engines
The engine range is unlikely to alter too drastically, but more electrified options are inevitable in response to the more stringent WLTP emissions regulations. Mercedes’ says seven new electrified models will be available, and the company’s plug-in hybrid E 300 e and E 300 de options will persist across the update.

The upper-end of the E-Class engine range will be made up of two AMG-tuned powertrains, with buyers offered either a straight-six-powered AMG 43 or a V8-propelled AMG 63 – and both could arrive with more power. Don’t be surprised to see an AMG 53 mild hybrid variant appear too, while the brand also promises that new in-line engines have been developed.

The 2020 E-Class will also get a substantial safety equipment upgrade, with buyers receiving active steering assist, an active blind-spot monitoring system, active braking assist, a 360-degree parking camera and an adaptive cruise control system which can automatically decrease the car’s speed in response to slow-moving traffic.

Creature comforts will improve too. “Hey Mercedes” voice control will arrive in the E-Class, as will the brand’s various Energizing comfort and ambience packages. New anti-theft tech will arrive by way of Urban Guard, enabling the vehicle to take all-round surveillance of itself, warn the owner of damage or attempted theft and show its location via a the Mercedes Me smartphone app.

Updated versions of the E-Class Estate, Coupe and Cabriolet will be unveiled alongside the saloon. Deliveries of the hottest AMG 63 variant are expected in winter.