The plug-in hybrid Mercedes-AMG E 53 is under development in Europe. This one wears a camouflage body wrap and some body panels that conceal the sedan’s shape. Still, these pictures give us a decent look at the sporty version of the plug-in hybrid four-door. 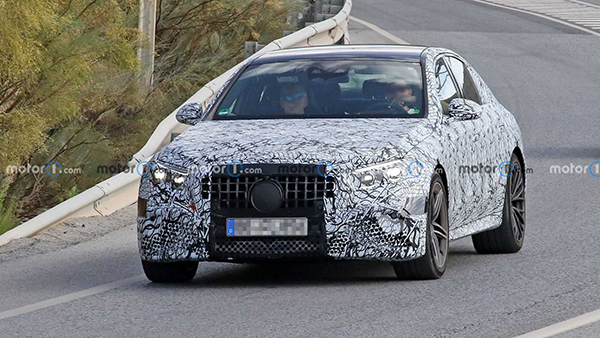 The design of this next-gen E-Class fits with what we see in earlier spy shots of the sedan’s development. The styling is similar to the latest S-Class, just not as big. Compared to the current generation, the headlights and grille appear to be smaller.

The headlights include running lights along the top. There are curved LEDs along the lower portion of the main lamps. 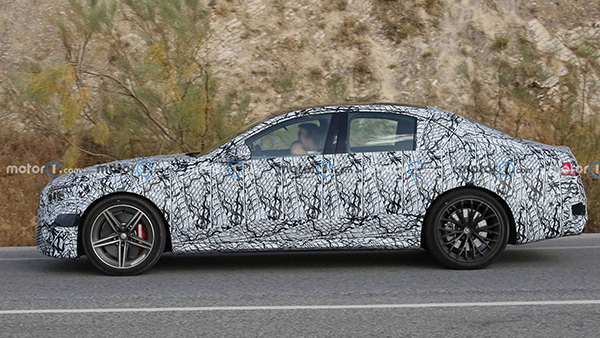 Along the sides, the new E-Class has flush-mounted door handles. Diagonal creases are on the lower portion of each door. This one is wearing mismatched wheels. The ones in front have five pairs of spokes. At the back, there are 10 spokes that split into a Y at the rim.

At the back, a pair of circular exhaust pipes come out of each corner. The charging port is on the left rear fender.

As with the recently spied SL 53, we don’t know anything about the powertrain for this plug-in hybrid E-Class. One possibility is an electrically assisted 2.0-liter turbocharged four-cylinder. A PHEV inline-six is another option.
We don’t yet have images inside of the new E-Class. Expect tech from the S-Class to trickle down to the smaller model. This means there should be large screens with the latest MBUX software. 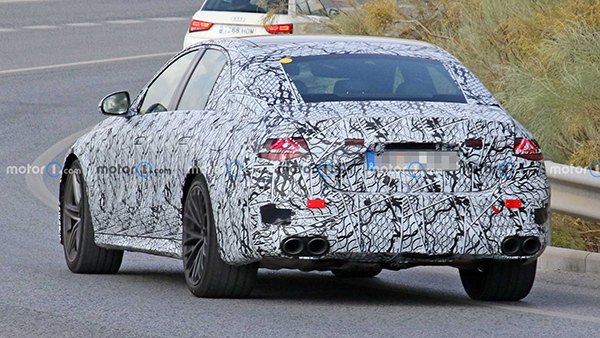 While this E-Class looks ready for production, we don’t expect the new generation of the sedan to debut until late 2023 or possibly even 2024. This is because the refreshed model only dates from the 2021 model year. The company isn’t in a big hurry to introduce the next-gen version.

The new E-Class will enter the market at around the same time as the next-gen BMW 5 Series and Porsche Panamera. It’ll be quite a bit of competition in the German sedan segment.