When you conjure up images of AMG, you’re usually drawn to the absolutely ballistic four-cylinder unit in its smallest models, or the thumping twin-turbo V8 the performance brand has come to be known for. So, to say you can get a mild hybrid straight-six with a proper AMG badge on it still jars just a little – even if this option has been on Mercedes price lists for the past few years already.

This disruptor of the established AMG norms comes in the shape of the Mercedes-AMG E53. And while you could assume it’s simply the poorer relation to the bombastic, V8-powered E63 – we can assure you it has a personality all its own. 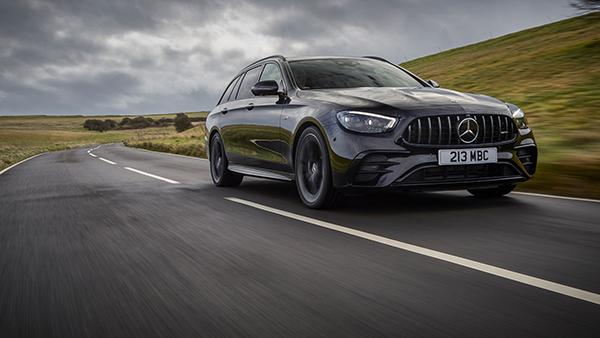 The focus is the engine, then.
Primarily, yes. Because, other than some fat quad exhaust pipes sticking out of the rear valance, you could just assume the E53 is a well-specified E220d AMG Line upon first glance; there’s no special bumper set, no lower or wider stance and no specific colour trimmings to be had.

Said engine is Mercedes’ 3.0-litre turbocharged straight-six, which has been enhanced with mild hybrid ‘EQ Boost’ tech. It works just like any mild hybrid system, allowing the E53 to coast at certain speeds and refines the start/stop process, as well as providing a gentle extra kick of torque at low revs.

All E53s have all-wheel drive and a nine-speed dual-clutch ‘box as standard and there’s an impressive level of standard equipment inside. Speaking of the interior, the 2020 facelift brought some new bits of tech into the E-Class’ interior as well as a new fat-rimmed steering wheel bestrewn with touch-sensitive panels. It’s all a bit much, really, and it doesn’t feel quite enough to inject any real new-ness to what is now one of the oldest interior designs in the Mercedes range. Don’t get us wrong, it’s still a great place to spend your time, but that swooping dashboard feels a little bit past it these days in terms of contemporary design and it all feels a little plasticky.

Still, if you get the estate version (the one we’ve tested), you benefit from decent-enough-for-adults rear legroom and a boot load area larger than a 5-series Touring. 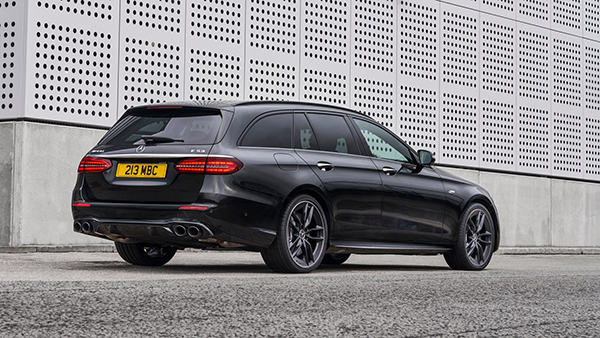 So, how is that engine?
It’s an absolute gem, managing to be both thoroughly well-behaved and a rocket when you want it to be. Around town it keeps itself to itself with a gentle but tuneful hum, with the EQ Boost tech providing the low-down torque. The start/stop is as seamless as you’d expect from a mild hybrid engine, too.

But, boy, does it come alive when you’re up for some fun. For the best results, switch on the active exhaust and the E53 transforms from silky smooth commuter to an unlikely DTM car. No, really – this sounds like an old school touring car, and yet has the body of a demure estate. Talk about dual personality.

It’s far from slow, either – to the point we’re questioning why some might want the full-fat V8. A 4.5-second 0-62mph launch time is thrilling enough, complete with that junior racer soundtrack. The power’s linear, too, with the EQ Boost MHEV tech filling in any lag from the turbocharger at low revs. Combine the power on tap with the 53’s understated looks and you’ve got a proper Q car on your hands.

How does the E53 handle?
There’s no wild drift mode available like there is with the V8-powered E63, so you get properly assured grip from the 4Matic all-wheel drive system and neutral handling dynamics when hurtling around the twisties, allowing you to apply power early on corner exits. The steering has some real heft to it as well, involving you in the driving experience. Very much more a cross-country weapon than a lairy, tail happy machine but it’s properly satisfying getting the most speed out of a corner.

The trade-offs are a somewhat busy ride and tyre noise. Even in Comfort, the ride doesn’t ever quite settle and there’s a persistent roar from the wheels at motorway speeds, which can take the shine off what would suit being a long-distance cruiser a little bit. The optional 20-inch wheels on our test car (pictured) translated road lumps into the odd jarring jolt at low speeds, too. 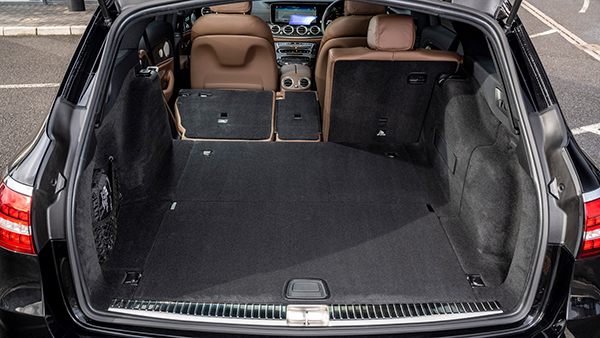 This is nitpicking, but in terms of tweaking the car’s handling and powertrain characteristics, you don’t get the benefit of the configurable dials on the lower half of the steering wheel like the E63. If you want to change drive mode, you have to do it the old-fashioned way with the ‘dynamic select’ scroller wheel and buttons on the centre console, which can be a fiddle.

Mercedes-AMG E53: verdict
Merc’s lower-tier AMG E-Class is anything but lower tier. The E53 brings stealthy performance (rather than OTT showy-ness) to the table with a properly gorgeous engine and the appropriate soundtrack, for £30k less than the E63.

While the chassis and all-wheel drive system might be designed more for stability and grip than on-the-limit fun, AMG’s built a powerful machine that could thread the needle between performance car and business exec for the more discerning among us.