Sotheby’s auction house sells one of only 100 Mercedes CLK DTM AMG examples ever produced. The example was produced in 2005 and has only 4596 km (2856 miles) on board. 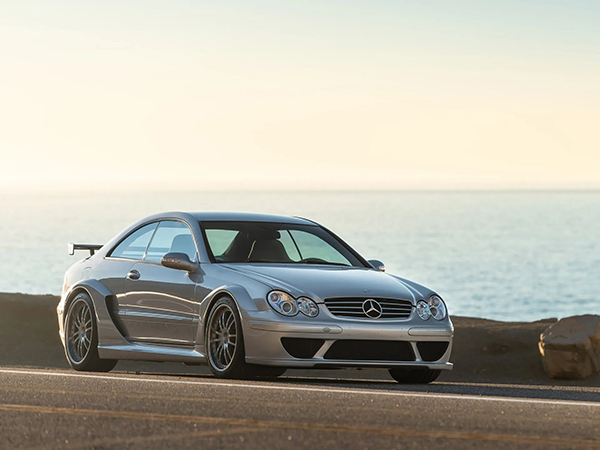 The Mercedes CLK DTM AMG was built to celebrate Bernd Schneider’s victory in the DTM (German Touring Car Championship) in 2003. Although it bears the AMG name, the car was built by Mercedes’ competition partner HWA AG and supervised by AMG.

The Mercedes CLK DTM AMG is very different from the CLK 55 AMG. The front and rear track are wider, the rear seats have been removed, the front seats have been replaced with carbon competition seats with six-point belts, and there is an additional reinforcement behind the seats. 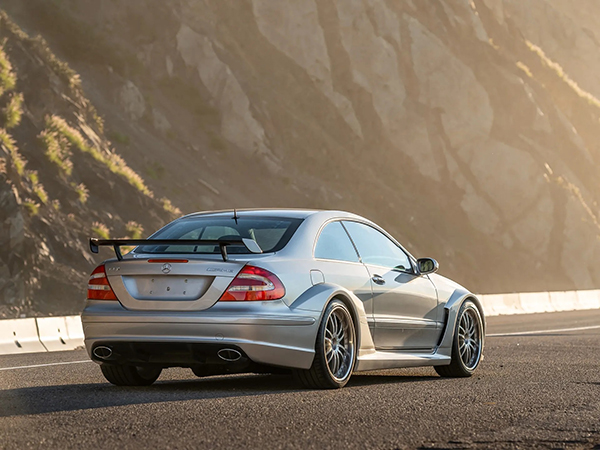 On the outside, the flared wheel arches to make room for the wider wheels and larger track and the carbon spoiler that increases rear axle grip are noticeable.

The interior is similar to that of the CLK 55 AMG except that the speedometer is graduated up to 360 km/h and there are three switches in front of the gearshift to disengage ESP, activate the rear differential and switch the gearbox to Manual mode. 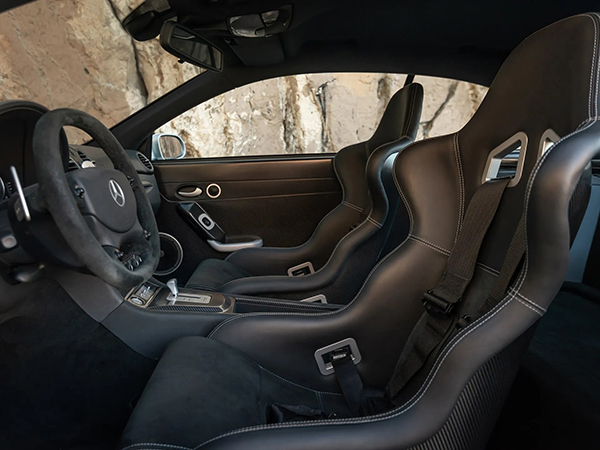 The car offered at the auction was produced in 2005 but was first registered in Germany in 2007, with German specification. Subsequently, it was imported to the USA and has a mileage of only 4596 km (2856 miles). The car is painted in Brilliant Silver and the interior is upholstered in anthracite leather and alcantara. The number of the chassis is WDB2093421F165394.

The Mercedes CLK DTM AMG is powered by a 5.4-liter supercharged V8 engine with mechanical supercharger that sends 582 HP to the rear wheels via a 5-speed automatic transmission. We had the opportunity to drive this car in 2003 and it’s one of Mercedes’ most exciting sports models thanks to very incisive steering and remarkable agility. I even made a joke at the time saying that this is the best BMW M model Mercedes ever built.

The Mercedes CLK DTM AMG has become attractive to collectors because there are only 100 coupe examples in the world (80 convertible versions were also produced) and it is much more fun to drive than the much more expensive, heavier and understeering McLaren Mercedes SLR. The price of the new car was 236,000 euro in 2003. Today, the prices are almost double and the exclusivity plays an important role. The Sotheby auction takes place between October 31 and November 2.