Produced in only 100 examples, the Mercedes CLK DTM AMG rarely appears at auction. Until now, it sold for around the original asking price of 240,000 euro ($259,655) in 2003, but recently the price doubled, not just because of exclusivity. 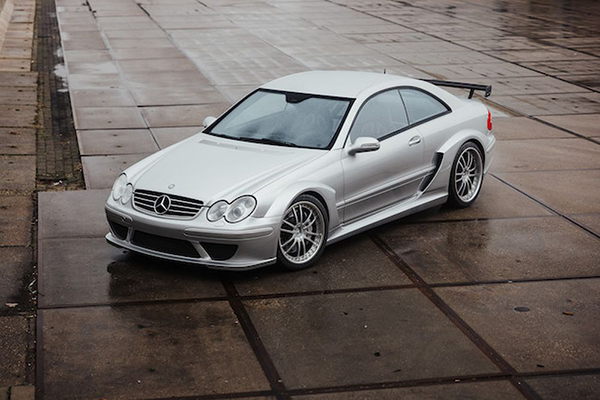 In 2003 Mercedes wanted to celebrate Bernd Schneider’s victory in the German Touring Car Championship, so the Mercedes CLK DTM AMG was born. One hundred coupes and 80 convertibles were produced.

Built on the platform of the second generation CLK (C209), the Mercedes CLK DTM AMG had only two seats, with only a stiffening bar behind the front seats.

Inside, the contrast between the luxurious dashboard carried over from the CLK, and the typical AMG instrument cluster and carbon-fiber panels that helped reduce weight to 1742 kg (3,840 pounds) was impressive. 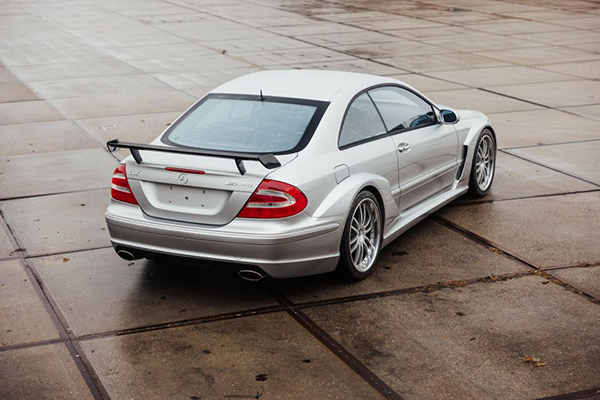 Also, the carbon-fiber bucket seats taken over from the competition car were upholstered in Alcantara/leather trim and featured six-point seatbelts. The AMG steering wheel was clad in high-grip buckskin, while the instrument cluster were displayed on a white colour with a background mimicking carbon fiber.

The tachometer and speedometer were located concentrically in the center of the instrument cluster. The speedometer was graduated up to 360 km/h and the tachometer up to 8,000 rpm. At the base of the center console are three classic switches for engaging/disengaging ESP, rear mechanical locking differential, and for engaging the gearbox in manual or automatic mode.

The engine had nothing in common with the DTM car. Whereas the DTM car had a 4.0-liter naturally aspirated engine producing up to 500 ps (493 hp), the CLK DTM AMG was equipped with a 5.4-liter V8 supercharged with a mechanical supercharger developing 582 ps (574 hp) combined with a 5-speed semi-automatic gearbox where the gears could also be changed from the steering wheel paddles.

The rear suspension was different from that of the CLK, and the dampers/springs at each wheel could be adjusted in height. Ceramic brakes were standard. 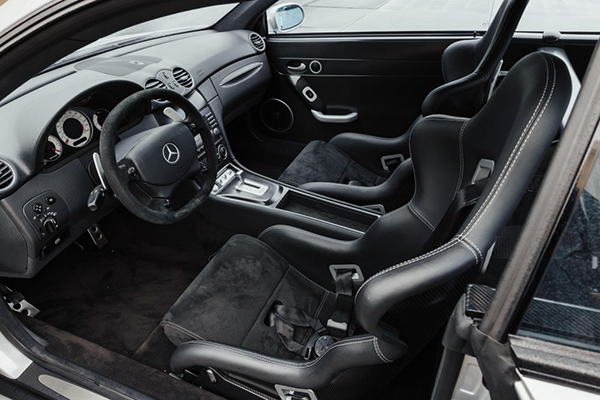 But it wasn’t just the 582 ps (573 hp) that was impressive. I drove this car at the end of 2003 and what impressed me most was the ease of moving and the incredibly incisive steering. It was a huge surprise to find that the steering was more agile than the BMW M3 of the time (E46) at a time when ride comfort was the core value for a Mercedes.

Then there was the mechanical supercharger that gave immense torque and no turbo lag like some turbo engines. The Mercedes CLK DTM AMG pushed violently right from the start, and the pace remained constant when changing gears. It accelerated from 0 to 100 kph (62 mph) in just 3.9 seconds and reached a top speed of 320 kph (199 mph).

In these conditions, 240,000 euro ($259,655 ) for a car with this performance and built in only 100 examples was not high. For several years, the price at auction did not increase, with various models being offered over the last few years around the new car’s cost of 240,000 euro.

The vehicle is part of an important Mercedes collection in Europe. It comes with a service report from July 2022 certifying that the car is in perfect mechanical and cosmetic condition and has been properly maintained.