Mercedes’ core sedans are all going through changes as the E-Class was recently facelifted while the C and S are switching to the next generation in the near future. The bigger of the two will be out later this year, but today we’re here to talk about the company’s best-selling car – the C-Class. Codenamed W206 for its next iteration, the BMW 3 Series rival has been caught as a convoy while refueling at a gas station in wintery northern Europe. 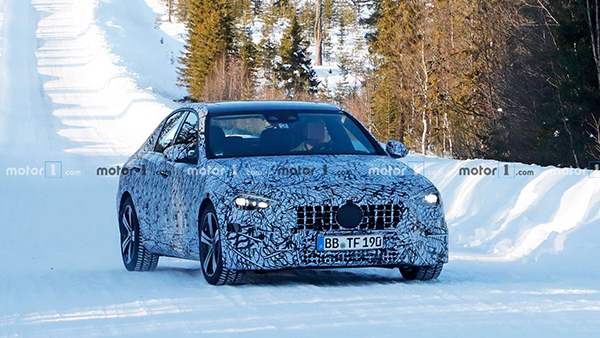 All test vehicles have an abundance of camouflage to hide the premium sedan’s updated styling, but the new angular headlights are largely exposed and we can also catch a glimpse of the new horizontal taillights stretching on the trunk lid. While the C-Class doesn’t look necessarily larger than the outgoing model, there’s a pretty good chance its footprint will increase a bit now that Mercedes also sell as an A-Class Sedan. Let’s keep in mind the second-generation CLA is slightly longer than the model it replaced, so the next C could grow to avoid clashing with the company’s entry-level sedans. 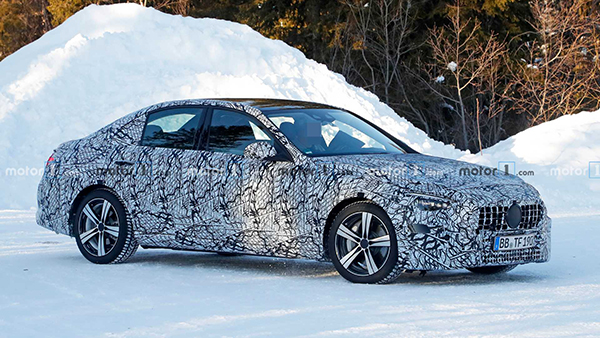 Riding on the Modular Rear Architecture (MRA), the revamped C-Class is expected to increase the number of derivatives offered with the introduction of an All-Terrain rugged wagon to go after the Audi A4 Allroad. The bread and butter of the sales will come from turbocharged gasoline and diesel four-cylinder engines, and there are rumors even the flagship AMG C63 will downsize to an electrified four-pot with over 500 horsepower.

Mild hybrid powertrains and plug-in hybrid variants are in the works, as is an EQ-branded electric equivalent to complement the larger EQE and EQS that have already been spotted undergoing testing. Expect a double-wishbone front and multi-link rear suspension setup, with adaptive dampers and an air suspension also part of the package.

The interior remains somewhat of a mystery at this point, but we’ve heard the W206 will usher in a totally redesigned dashboard no longer with a tablet-styled touchscreen. The infotainment system – this time around the new MBUX – will be integrated into the center console and some say it will have a large size to swallow up many of the conventional buttons. An advanced autonomous driving system is also on Mercedes’ agenda thanks to an upgraded cruise control system, while self-parking via a smartphone app is also rumored. 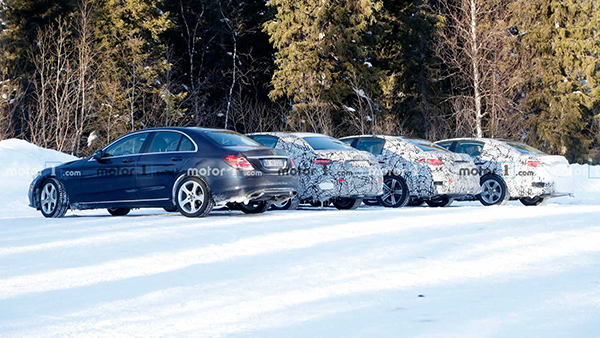