All New new Mercedes-Benz C-Class W206 will no longer have the star on the hood but will be integrated into the grille as it was in some sports models from Mercedes. 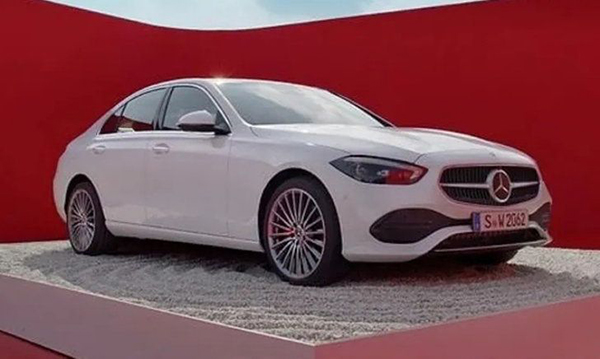 The new Mercedes C-Class W206 will no longer have the star on the hood, but it will be integrated into the grille as it was for some Mercedes sports models.

The new Mercedes C-Class W206 will no longer have a star on the hood in any version. The decision is somewhat surprising because the Mercedes symbol is still present on the hood on some models of the E-Class facelift and the new S-Class.

Mercedes had another attempt to give up the logo on the hood but then gave customers the opportunity to choose. In the former generation Mercedes C-Class W204 built between 2007 and 2014, the Classic and Elegance versions had the star on the hood while the Avantgarde version, which was the sporty version, had the star in the radiator grille as you can see in the picture above.

The German magazine auto motor und sport asked for a point of view from Mercedes and the answer was:

“The C-Class is increasingly perceived by our customers around the world as a sports sedan and the demand for the logo on the radiator grille continues to grow with each generation in this series. That’s why the next generation C-Class W206 will have exclusively the logo included in the radiator grille, ” declared a Mercedes spokesman quoted by auto motor und sport magazine.

But the Mercedes philosophy is a bit illogical because the logo embedded in the grille also appears on all Mercedes SUVs that are not by definition sporty models. The only SUV that keeps the star on the hood is the new Mercedes-Maybach GLS.