Time for a throwback! On the road with the original BRABUS Bullit, based on the Mercedes-Benz W204 C-Class. 730 hp courtesy of its massive 6.3S twin-turbocharged V12, a 0 – 100 km / h time of just 3.9 seconds as well as a staggering top speed of over 360 km / h made it the perfect choice for a trip down the German Autobahn! But above all, it further established the foundation of for what would become a long line of big BRABUS supercars with even bigger engines. Do you remember it? 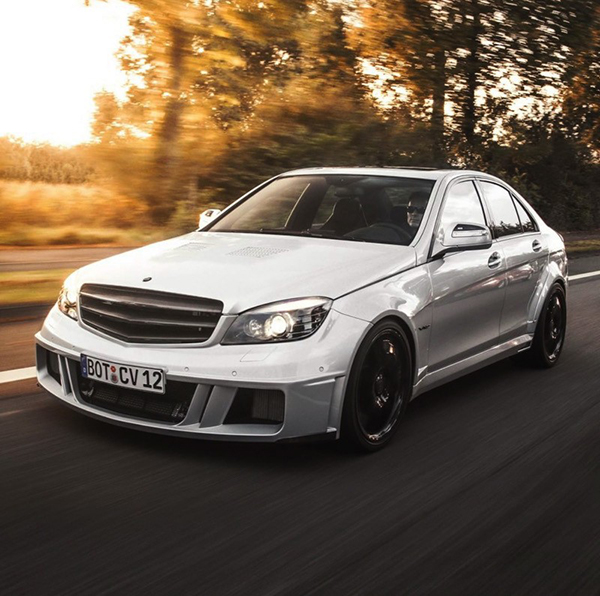 But little did people know that, among all of these fine automobiles, a freak monster was lurking. It overshadowed many others with its menacing presence, firebreathing V12 heart, and an angrier-than-ever C-Class face. It came to life in the hands of BRABUS, who gave it a name that spoke for itself: The Bullit.

It was not the first time the company used ballistics-related terms for their supercars. Another crazy example of their work that comes to mind is the Rocket, based on the beautiful CLS body style. But, the Bullit shared the same powerplant in a much tinier shell, taking the mad recipe to an even higher level. 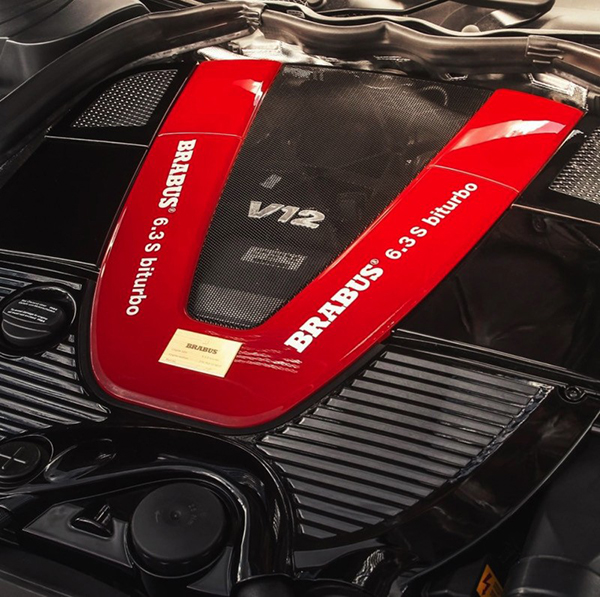 But what powerplant are we talking about here? Oh well, the star of the show was the BRABUS SV12 S, a variant of the Mercedes-AMG 6.2-liter V12. Making good use of twin turbochargers, it developed a whopping 720 hp and 958 lb-ft (1300 Nm) of torque, the latter being electronically limited to 811 lb-ft (1100 Nm) for the health of the drivetrain and not to spin the rear wheels into eternity. Furthermore, the impressive engine came mated to a heavily reworked five-speed automatic gearbox and a Maybach limited-slip differential, all of these with the sole purpose of murdering the asphalt at the slightest flick of the foot.

This brutal engineering combination resulted in a 3.9 second acceleration time from standstill to 62 mph (100 km/h) and, if you kept the foot planted to the floor, the Bullit could reach a top speed of 224 mph (360 kph). The whole design and assembly of the engine was done entirely in-house and included two larger turbos, more efficient intercoolers, cylinder-bore enlargement, and special piston, piston rods, and camshafts. In addition, strategies for helping the engine breathe more freely were applied, namely by using metal catalysts with low back pressure and a custom-tailored exhaust system. 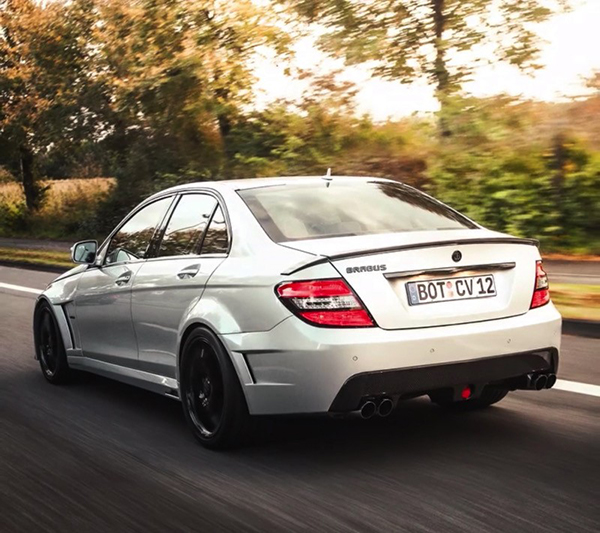 For the untrained eye, the Bullit could appear quite similar to an ordinary C-Class, but the engineers at BRABUS optimized the vehicle’s design to perfectly cope with speeds over 186 mph (300 kph) using extensive wind tunnel testing. And, indeed, when you came near the car, things started to look more and more intriguing. The aluminum front and back fender flares gave the vehicle a 2.36 inches (six centimeters) wider stance. Consequently, it gained just enough space to cram the BRABUS Monoblock S light-alloy wheels and their subsequent rubber- YOKOHAMA ADVAN high-performance tires, 265/30 ZR19 section in the front, and 285/30 ZR19 in the back.

Moreover, the threatening posture of the vehicle was not only a consequence of the exterior design but also a result of a custom-made suspension system that masterfully took into account the power and weight of the V12 bi-turbo powerplant. In other words, it benefited from modified subframes, BRABUS coil-over suspension with adjustable damping, and sport sway bars. Additionally, the use of S-Class, CLS, and Maybach parts ensured surprising comfort levels while reducing body roll to a minimum at high speeds. 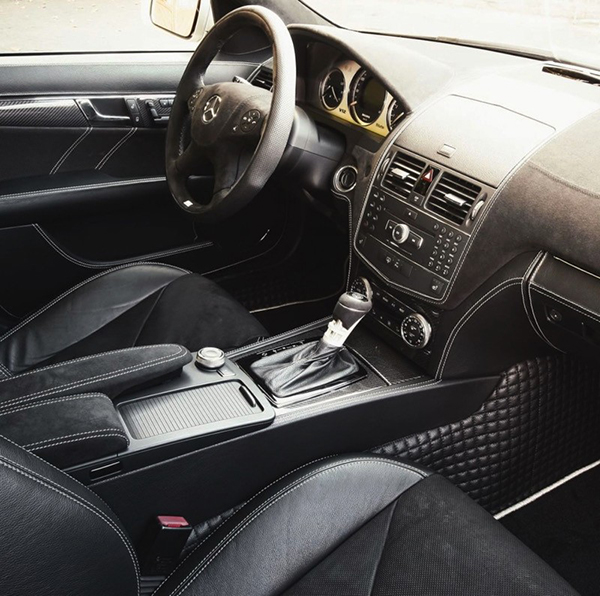 The interior cabin of this machine was something else. BRABUS did their magic here as well: the car featured fully customizable options that included a full-leather interior, handcrafted by the company’s own upholstery-specialized craftsmen. The highly supportive seats with carbon-fiber back covers and other carbon-fiber interior trims on the dashboard, central console, and door panels transformed the Bullit’s interior into a remarkably pleasurable space to spend your time in.

Pricing seemed astronomical, considering the similarities with the Mercedes-Benz C-Class, even the C63 AMG variant. But, the right buyers were more than happy to pay the premium for a vehicle that slaughtered supercars with ease while remaining undercover on the busy city streets. The MSRP starting price was €348,000, about €409,000 ($482.640) in today’s money. Unsurprisingly, it is quite a difficult feat to find one for sale on the market.

A veritable German muscle car, the BRABUS Bullit represented a highly appreciated exercise in automotive engineering and a dream come true for many enthusiasts. A supercar-beating, autobahn-eating, road-legal small family sedan, understated in design, appropriate for both dull daily chores or smashing times on racing tracks, no matter sideways or straight, it remains in history as one of the performance vehicles that helped shape the fast-sedan culture we are all accustomed today.