Only a week ago, we were looking at the Mercedes-AMG C 53 prototype which had two layers of camouflage. But the normal 2022 C-Class has just been spied with minimal camouflage, leaving the middle section of the car exposed, which suggests the reveal is quite close. 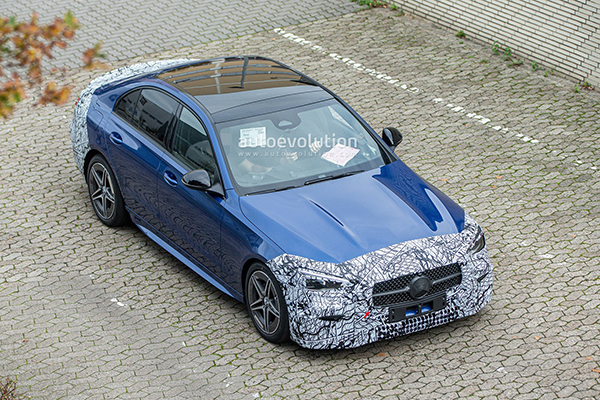 The new C-Class resembles the S-Class, more so than the previous generation. This prototype shares the same elegant profile, flowing lines, and tapered three-cornered taillights. The mirror caps might actually be identical, but the flagship model is the only one with flush door handles. Also, we want to bring your attention to the gigantic panoramic roof design. 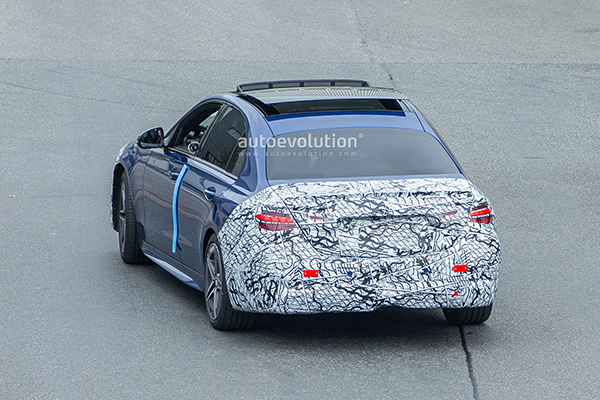 The evolution of the new W206 generation of C-Class has been going on for some time and will continue into early 2021. However, we now have a pretty clear picture of its design, and there aren’t many surprises in the tech department either. 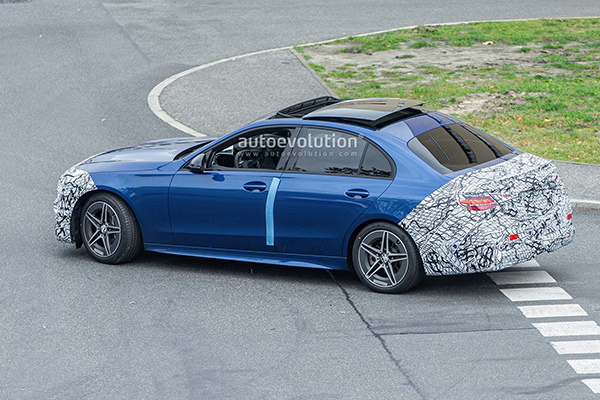 The 2022 C-Class is expected to step up its luxury and technology game by adopting most of the features developed for the all-new S-Class. This includes everything from the infotainment system to the efficient hybrid technology. 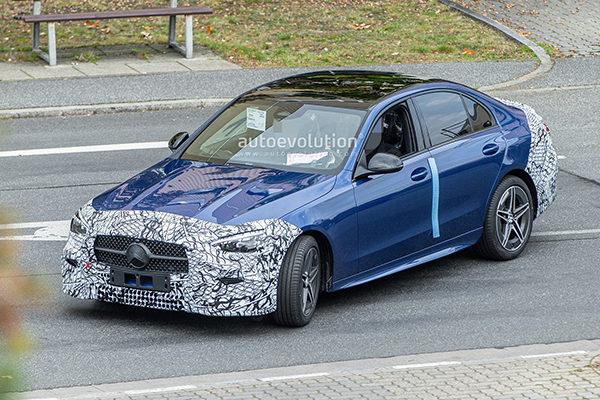 The body is also going to be somewhat bigger than before to further differentiate the model from the A- and CLA-Class. This will have a big impact on rear legroom as well as space for plug-in battery technology. Through the use of more aluminum, weight should be kept down, and most versions will actually be lighter than before. 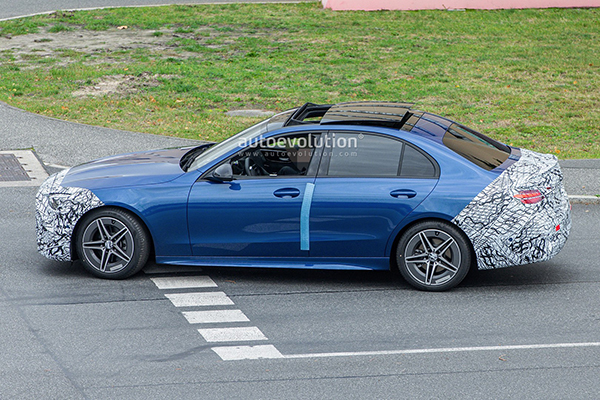 Of course, Mercedes will probably claim major reductions just because many models will have smaller engines. Almost the entire range will be made up of four-cylinder 2.0-liter turbocharged units. There’s even a rumor that the C 63’s replacement will use a 2.0L. Daimler’s deal with Renault-Nissan is expiring or it might switch to EV expansion, so you shouldn’t see those tiny base engines either.