SEMA may have been cancelled but the Battle of the Builders show must go on. It is taking place right now in the SEMA360 format. Nearly 300 cars are competing this year, and every single one is a custom work of art. However, there can only be one winner, so the cuts must start somewhere. One car that has not been cut and has made it to the top 40 is this stunning 1993 Mercedes-Benz 190E built by Tim Lajambe. 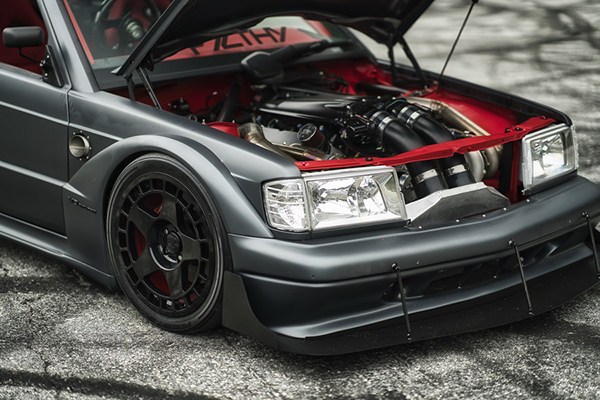 The 190E may have been the baby Benz at the time, but there is nothing baby about this spectacular build. Lajambe was inspired by the DTM racing cars of the day. There was Mercedes racing before Lewis Hamilton, and it was epic. DTM racing from the ‘80s and ‘90s is still regarded as some of the most exciting and pure racing that has ever existed. The cars of the day were fabulous and this 190E is a fitting tribute. 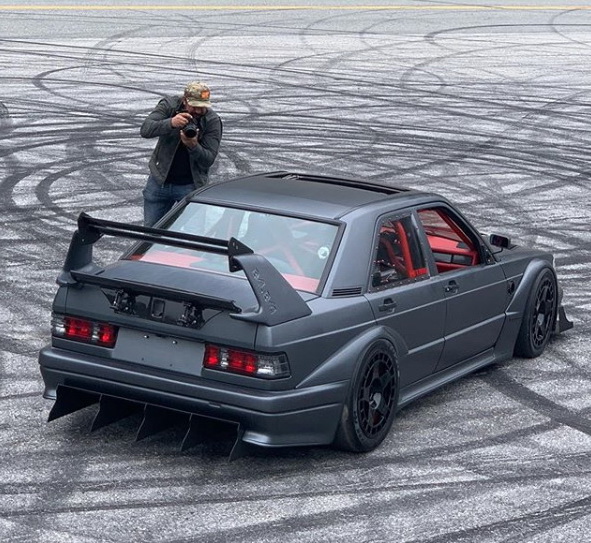 Building a car like this takes a lot of planning. About five years’ worth of planning to be exact. That is how long the idea of this car had been in the head of Lajambe. He had the vision and began to collect the parts that he needed. He originally wanted to use the 190E 2.5-16 Evolution II as the donor car. However, a real EVO II is wallet busting expensive, so a regular 190E had to make do. Amazingly, the actual build process only took about seven weeks from start to finish. It was seven weeks of 16-hour days, but it was seven weeks, nonetheless. 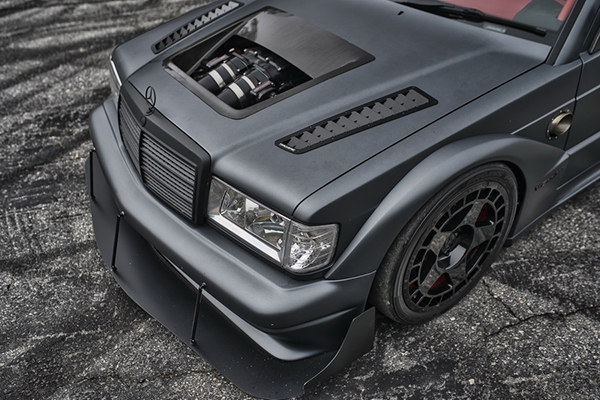 What he built is good enough to earn a trip to the top 40 round in the Sport Compact category in 2020. It is no wonder, just looking at the build you can see how precise everything is and how well it all fits together. This was not a slapdash job despite the short build window. Lajambe wanted to avoid making this an all-out racer. It is a streetcar first and foremost. Albeit an extreme streetcar. It does have a full roll cage after all, but it is still a streetcar. He kept things like the sunroof, stereo and added Ferrari red leather. 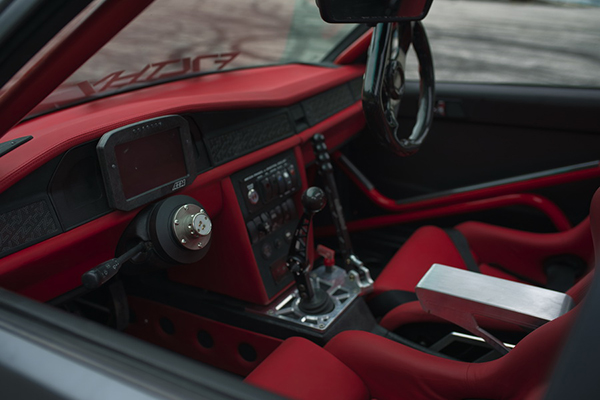 The outside of the car does an amazing EVO II impression. Lajambe widened the track front and rear by six inches. It sits on an air suspension and has a set of Fifteen52 wheels that offer the perfect stance. Up front is a custom splitter that Lajambe admits is mostly for aesthetics. There is the big wing and diffuser out the back, but the coolest element is the dual fender exit exhaust. The one-piece rear windows with NACA ducts direct air into the radiator that is mounted in the trunk. The thing looks awesome. 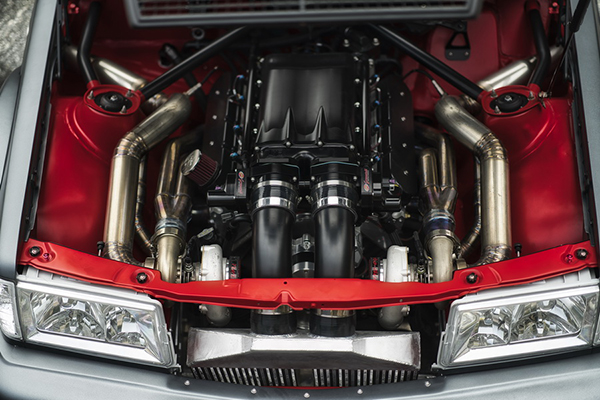 This is not an all show and no go Mercedes. Lajambe naturally wanted more power than the stock 190E was producing, so he increased the output. The car now cranks out about ten times the amount of horsepower than when it rolled off the assembly line. Running in naturally aspirated form, it puts out over 700 horsepower. With the turbos dialed in, the car is capable of about 1,600 horsepower. To keep things somewhat sane, Lajambe will tune it for about 1,000 horsepower on the street. 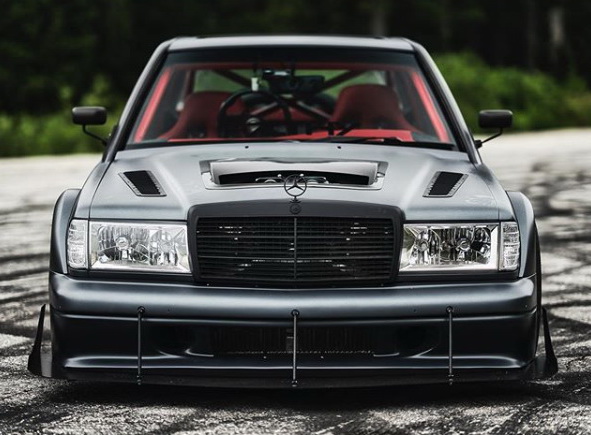 That power is made by using an LS3 bottom end, with Texas Speed PRC heads. LME full billet intakes and twin throttle bodies sit up top. Helping to jam air down its throat are a pair of 67-millimeter ceramic ball bearing turbos. The engine not only makes the power, but it sure looks the part. We would love to take this beauty out for a spin. 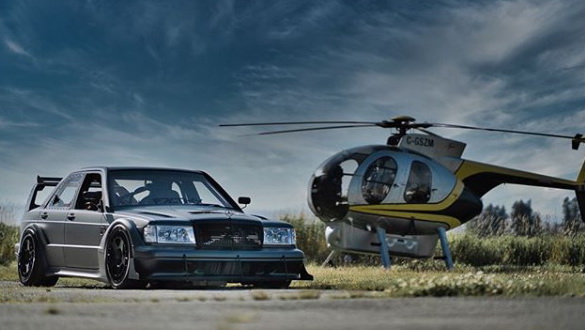 It has made it to the top 40, can it take the top prize? We will be watching the contest closely and pulling for this little 190E