Mercedes-Benz C-Class W201 presented in December 1982 to raving public reception, the W201 was engineered over eight years. The Stuttgart-based automaker spent two billion marks on the project, which is more than two billion dollars in today’s money. The over-engineered Baby Benz was a groundbreaking car back then, and it still is revered almost four decades since its premiere. 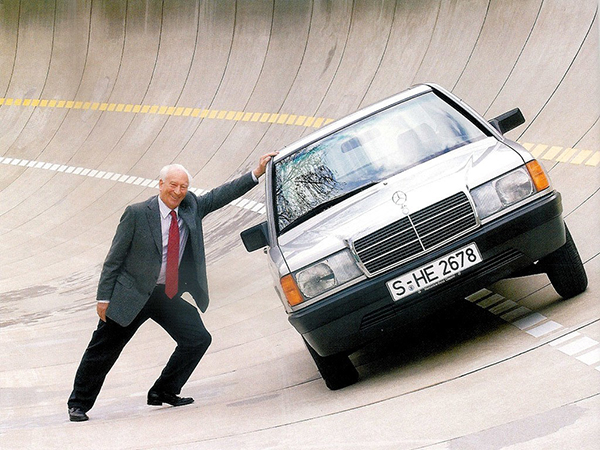 Bruno Sacco was responsible for the 190 as head of design at Mercedes-Benz between 1975 and 1999, but he was not alone. Peter Pfeiffer, the gentleman who headed the styling department from 1999 through 2008, is also credited with penning the compact executive sedan with a four-cylinder carbureted engine that cranks out 90 metric horsepower. The E in 190 E stands for Einspritzung or fuel injection, which explains the higher output of 122 PS. 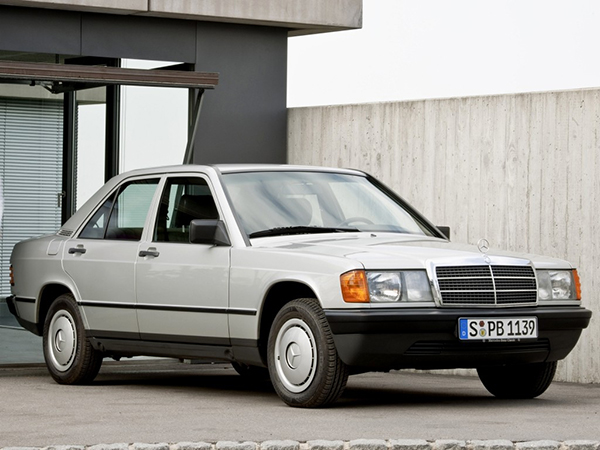 From 1983, the German automaker introduced the 190 D with 72 ponies on tap. It’s the first production car with engine soundproofing, which is understandable because diesels back then were much louder than modern ones. The five-cylinder 190 D 2.5 Turbo also has to be highlighted because it matched the horsepower rating of the 190 E mentioned earlier.

Engineers conquered the challenge of installing a six-cylinder mill in the W201 with the 190 E 2.6, which leveled up to 166 metric horsepower in 1986. Be that as it may, the W201 that everyone wants today is the 190 E 2.3-16 variant. Named after the displacement in liters and the number of valves, the M102 engine features a Cosworth-designed cylinder head. Three cars fitted with this powerplant had set three long-distance world records in the autumn of 1983 at the Nardo testing facility in southern Italy. 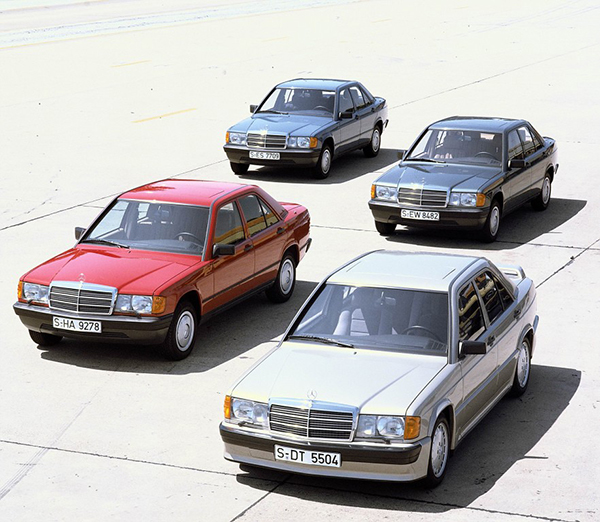 More specifically, these near-production test mules clocked up 25,000 kilometers (15,534.28 miles), 25,000 miles (40,233.60 kilometers), and 50,000 kilometers (31,068.56 miles) at average speeds of approximately 250 kilometers per hour (155 miles per hour). I can’t stress how impressive those figures are by modern standards, especially in the day and age of plastic engine bits and pieces and way too many electronic complications.

It’s also worth remembering that Ayrton Senna won the 1984 Nurburgring Race of Champions in a 190 E 2.3-16 against 19 racecar drivers that include Niki Lauda (second place), James Hunt (tenth place), and Alain Prost (fifteenth place). The 190 E 2.5-16 Evolution II is arguably the most iconic W201 of them all, a high-performance sedan with 235 ponies on deck. 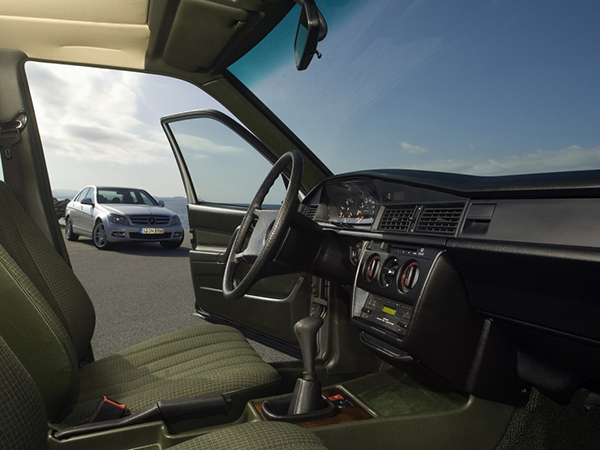 This car formed the basis for the successful touring car that competed in the Deutsche Tourenwagen Masters from 1990. Merc won the constructors’ titles in 1991 and 1992, while Klaus Ludwig became DTM champion in 1992.

Produced until 1993, when the C-Class entered the scene under the W202 codename, the W201 handled like no Mercedes four-door sedan before it because of the five-link independent rear suspension design. Anti-dive and anti-squat geometry also have to be mentioned, along with front and rear anti-roll bars. What’s more, high-strength steel and conical forked members enabled the 190 to withstand an offset crash with a concrete barrier at 35 miles per hour (56 kilometers per hour) without serious cabin deformation. 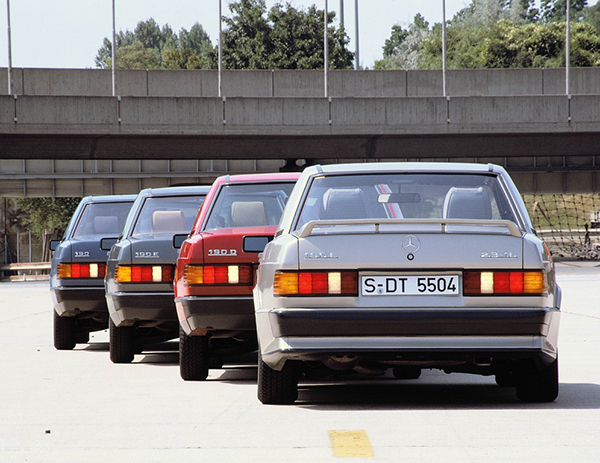 The W201 had the best aerodynamic drag coefficient in the Mercedes-Benz sedan lineup at 0.34, whereas the W206 that launched this year with a four-pot engine lineup boasts 0.24 for the most slippery configuration. Up to August 1993, when production ceased in favor of the W202, the Stuttgart-based automaker sold 1,879,630 examples of the W201 across the world.

To this day, the Bremen assembly plant remains the stomping ground of the C-Class family of compacts. The roots of the C-Class and W201 can be traced back to the W15 from 1931, which is better known as the 170 series.