The new C-Class is slated to launch stateside in early 2022, with only one engine initially available. While we expect more models to be introduced in due course, including a plug-in hybrid model, the W206 C-Class will go on sale in Europe in the summer of 2021. 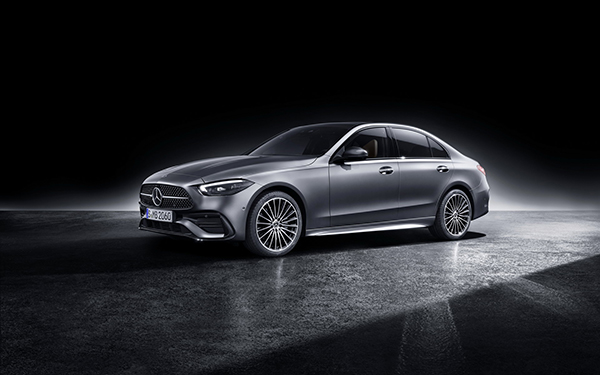 In Europe and across the globe, the new C-Class will launch with a broader range of engines. The selection on offer will include a 1.5-liter petrol motor and multiple 4-cylinder diesel models. All engine configurations will be electrified, with Mercedes employing 48V electrical architecture and belt-integrated starter generators to harvest and deploy electric boost.

All cars will feature Mercedes’ 9-speed transmission, while all-wheel drive is an option on some models. The 4-Matic system will have the ability to send more power to the front wheels than the outgoing model could. 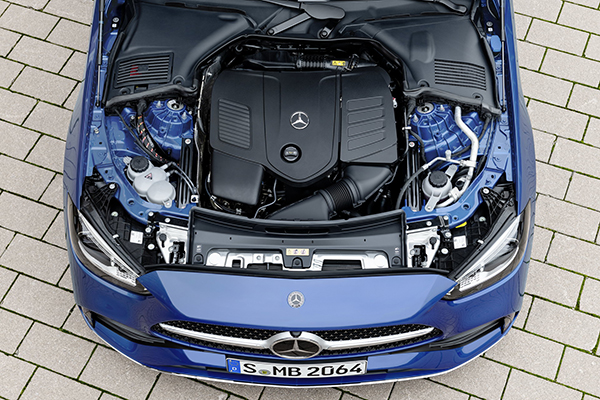 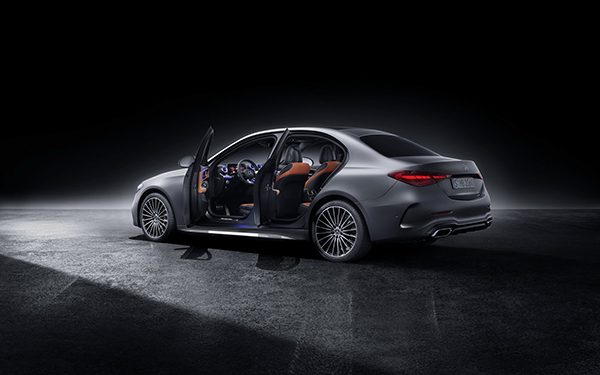 Plug-in hybrid models will feature air-suspension in the back as standard (to compensate for the extra weight), but the AirMatic air-suspension option available across most outgoing models of the C-Class has been dropped.

The C300e will feature DC fast-charging — unusual for a PHEV. That means that the on-board batteries can be juiced in just 30 minutes via a 55Kwh charger. The PHEV can also self-charge via multiple recharging drive-modes, with up-to 100kW being recoverable when coasting or braking. 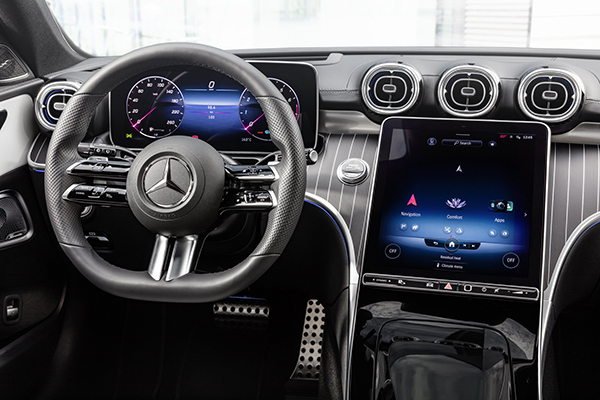 Faster Models In The Works
As yet, we know very little about the AMG models that Mercedes have no doubt planned. What we do know is that they won’t feature the fire-breathing V8s we’ve become accustomed to. Instead, they’ll be replaced with “heavily electrified” 2.0-liter hybrids.

It’s understood that there are two versions in development, which include the top-flight C63 and a halfway-house that could adopt the C53 moniker. The ICE that may feature is understood to be a version of what powers the current Mercedes-AMG “45” range. Expect power to be in the 500-600 hp range.

During the launch, we were also made aware of an upcoming “all-terrain” version of the C-Class based on the wagon. There’s also a diesel-hybrid in the works, possibly under the name of C300d e. A plug-in diesel hybrid will likely be one of the fastest models on offer but is unlikely to be available outside of Europe.