The Manhart CR 700 Wagon is the tuner’s ode to power. A truly appropriate way to say goodbye to one of the best engines Mercedes and AMG have ever created. It just so happens to be a four-door wagon that can run with supercars too. 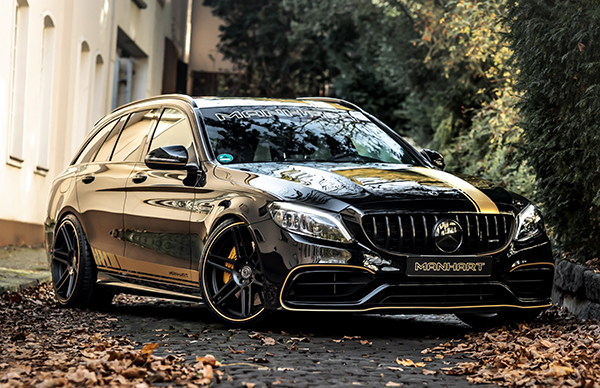 We don’t actually get the Mercedes AMG C 63 wagon here in the United States but we do get the sedan and the coupe. Both are marvelous works of art that demonstrate how much of a brute Mercedes can be when they put their mind to it.

Under the hood of each is a 469-horsepower twin-turbo 4.0-liter V8 that sort of pioneered the “hot vee” style of engine configuration. Sadly, it’s about to leave production altogether but not before Manhart sends it off with a literal bang.

In their new CR 700 Wagon, they’ve upgraded everything related to speed. The turbochargers have been dumped in favor of their own in-house snails. A new carbon intake is paired with a more free-flowing intercooler. Together, they keep intake temps nice and low as air flows into the engine. 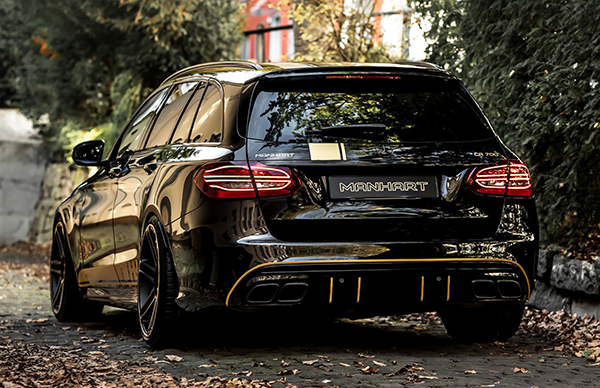 All of those supporting modifications are then optimized through ECU tuning. Once complete, the Manhart CR 700 makes 712 horsepower and 678 pound-feet of torque. Even the most insane C 63 S only makes 510 horsepower. That means a boost of more than 200 ponies.

That’s right, now you can own a historic engine with other-worldly mods that make it faster from 62 mph to 124 than a McLaren F1. Oh yea, and you can fit five full-size adults in it plus some luggage.

To pull off such fast times, Manhart engineers have also upgraded the transmission to handle the new power. There aren’t any details on whether that includes new components or if it’s just adding pressure via the ECU. 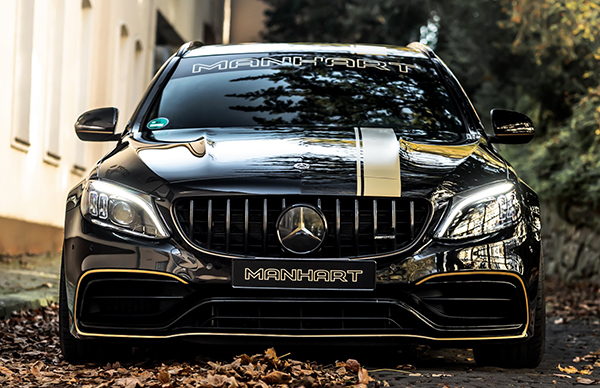 The power isn’t actually done there either. Manhart says that customers could also add its custom sports downpipes. They offer two different versions including a catless race variant.

Since neither complies with TUV regulations, they have not made them a part of the standard kit. They are however available for export.

In addition, Manhart will further customize your Mercedes with upgraded brakes and a coil spring set from H&R. They say the springs offer infinite adjustability to get the perfect ride height.

Custom Concave One 20-inch wheels come with every CR 700 Wagon too. It’s truly a complete package and it’s one that we only hope we get the chance to test sooner rather than later.