Both in the real world, as the Affalterbach-based high-performance automaker just announced the 2022 Mercedes-AMG GT Track Edition, a collector-grade $400k (before tax) investment made in 55 copies and solely destined for curvy circuits. As well as over in the virtual world, where the AMG SL-Class sometimes poses as a Coupe but still does not want to be called the direct successor of the entire GT family. 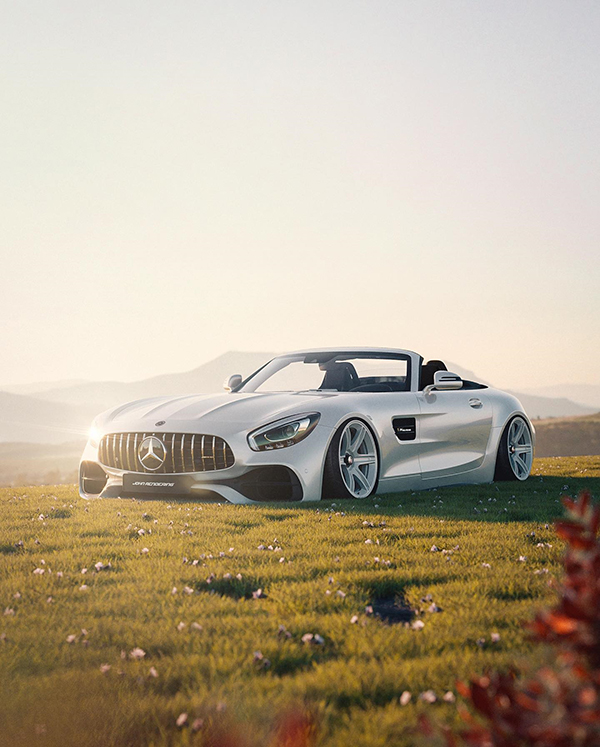 Instead, we all know that AMG’s R232 acts as the follow-up for the GT and GT C Roadsters. But that does not mean we should easily discard them as if dealing with unwanted relatives. Especially if you are someone akin in thought and CGI kindred spirit with John, the virtual artist better known as johnrendering on social media. By all means, he is one who probably wants us to remember the AMG GT and GT C Roadster were once the pinnacles of open-top Affalterbach shenanigans. 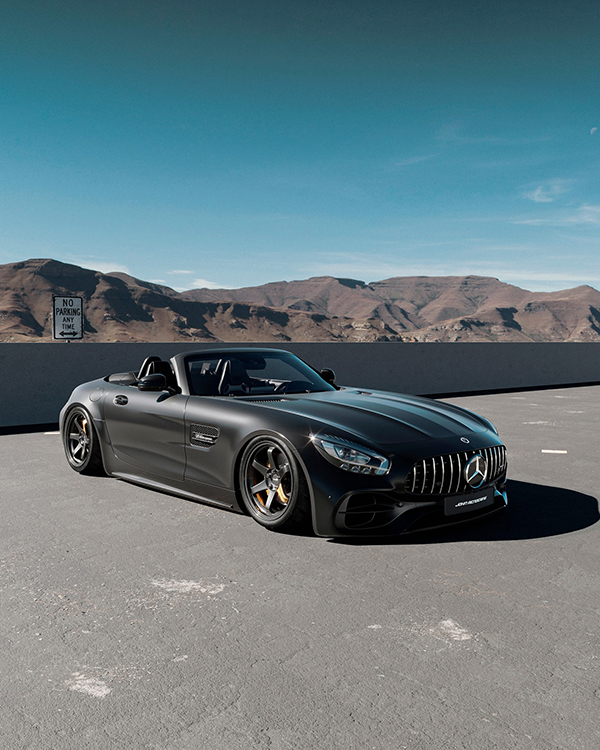 Naturally, he did not conclude that Mercedes-AMG’s GT and C Roadsters deserve a little bit of love to atone for their recent demise without also inserting a personal twist of the JDM variety. Possibly inspired by his previous digital projects that balanced our JDM love between a crimson, slammed widebody “A90” GR Supra and a feisty “Shenlong” black iteration, he adopted about the same atmosphere for the German convertible as well. 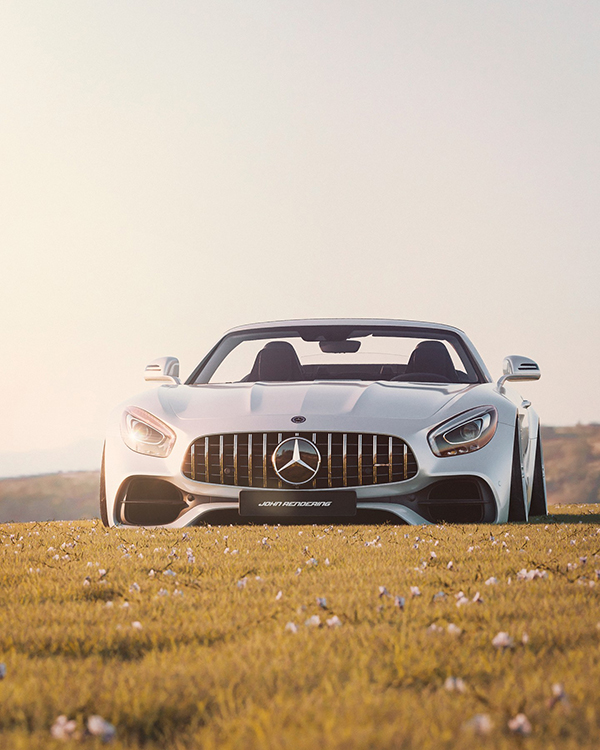 Initially, a dark gray GT Roadster was placed in a rather septic, deserted environment, slammed as low as possible on Volk Racing Rays Wheels TE37s but perhaps he was not that satisfied with the result. So, there is also a newer, second attempt at Mercedes-AMG GT Roadster JDM glory with an emphasis on dusk/dawn-type of a spring day. And we like the bagged attempt even better if you want our personal opinion. How about you? Let us know in the comments below.