Development for the next Mercedes-AMG GT is well underway, and we’ve spotted the V8-powered GT 63 testing alongside an entry level version, which could adopt a straight six hybrid motor

The development of the Mercedes-AMG GT Coupe continues. Recently, the entry and top range models of the series were spotted making a climb on the mountain roads of the German countryside.

The new spy video still shows the new generation AMG GT in heavy camouflage so there’s not much to see yet in the prototype as far as its exterior design is concerned. It is clear, however, that it is already using the platform used by the new Mercedes-AMG SL because of their somewhat similar stance. However, to distance itself from the AMG SL, the AMG GT seems to be having a more aggressive, more muscular, and sportier styling. 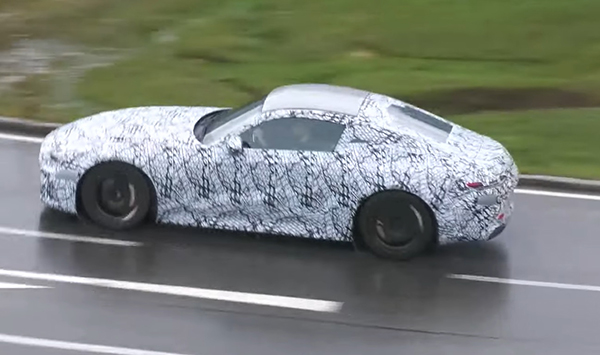 The top-range trim model in the video is likely the AMG GT 63 while there’s a bit of a debate as to whether the entry-level trim is the AMG GT 53 or something else. Nonetheless, the next-gen AMG GT is expected to carry a twin-turbo V8 mated to electric motors for a hybrid setup. The estimated combined output of the range-topping model is 831 hp and 1,082 lb-ft of torque. All that number will be distributed via a nine-speed automatic transmission to a rumored all-wheel-drive system. The setup should be able to propel the car from 0 to 60 mph in mere 2.9 seconds.

Judging from how fast the development of the AMG GT Coupe is going, we suspect that its debut might take place before 2022 ends but with a 2023 model-year badge.