With a name that takes longer to spell fully than it takes for the car to hit 100 kph (62 mph) from a standing start, the Mercedes-AMG GT 63 S E Performance came down like Thor’s hammer on the unsuspecting public, with a plug-in hybrid setup that gives its powertrain numbers unheard of in Stuttgart. 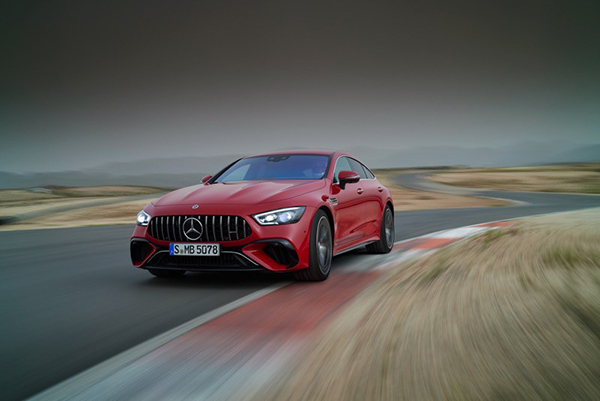 Speaking of numbers, Mercedes-AMG didn’t quite let the entire cat out of the bag at the beginning of September last year, with only a fraction, albeit arguably the most important ones, of its specifications having been released to the public so far.

With a lot of people expecting the model to go fully official and having its stats made public a month ago, we can now exclusively reveal the full monty on the most powerful AMG in history, at least until the long-delayed Mercedes-AMG One finally makes an appearance.

Usually, we bring information about future models attached with a pinch of salt, but that is not the case this time as we have the official technical data for the Mercedes-AMG GT E Performance right from the main source, and a few good weeks before you were supposed to get it.

What has been known so far about the new GT Four-door version is that it keeps the same 4.0-liter, twin-turbocharged V8 with 639 horsepower from the GT 63 S, this time used in conjunction with a 204 metric horsepower electric motor, a high-performance battery, and an additional two-speed gearbox over the standard 9-speed multi-clutch for a bonkers all-wheel-drive performance vehicle. 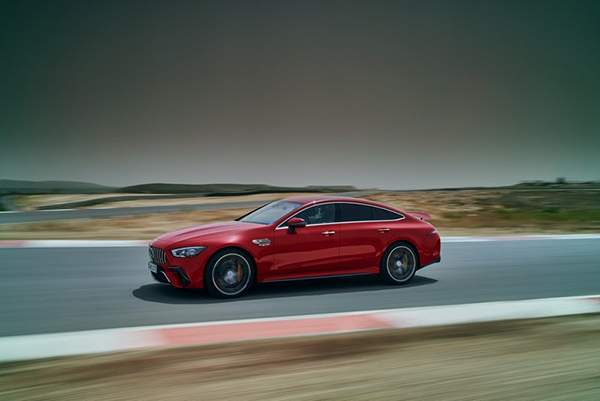 No words on the car’s weight or the trunk volume, both being important figures for a plug-in hybrid sports car that is based on a 2.1-ton grand tourer.

Because this is a tiny battery for plug-in hybrid standards, with a gross energy content of just 6.1 kW, of which only 4.8 kWh are actually usable, the car’s electric range is a tiny 12 km (7.4 miles) combined, or 13 km in the city.

In other words, the Mercedes-AMG GT 63 S E Performance is not the same type of plug-in hybrid as its direct rival, for example, the Porsche Panamera Turbo S E-Hybrid, which prioritizes economy credentials over performance.

That said, unlike the regular GT 63 S, the E Performance also features a sort of mild-hybrid system for the V8, this time in the shape of a 14-horsepower integrated starter generator, which should make it slightly less thirsty even when the V8 does most of the work. 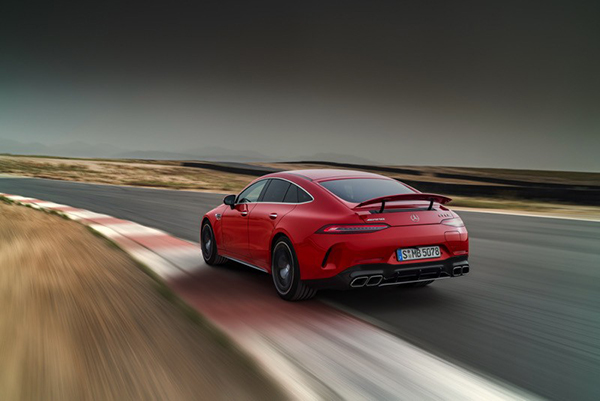 On top of it, AMG engineers, working with their Formula 1 friends in Brixworth, have developed a so-called ‘always on’ battery, which is not only much lighter than usual but one that will essentially never run out of charge during driving, always delivering juice even at high speeds thanks to the additional two-speed gearbox.

All this talk about weight can make some people hungry, while GT-lovers only become more curious.

It’s definitely not a featherweight, but it’s actually 45 kg (100 pounds) lighter than its closest competitor, the Panamera Turbo S e-Hybrid mentioned above.

Unlike on the Panamera, its all-electric range is tiny, and even the fuel tank is 14 liters smaller, but the AMG will probably run circles around the Porsche on a track or on the Autobahn. 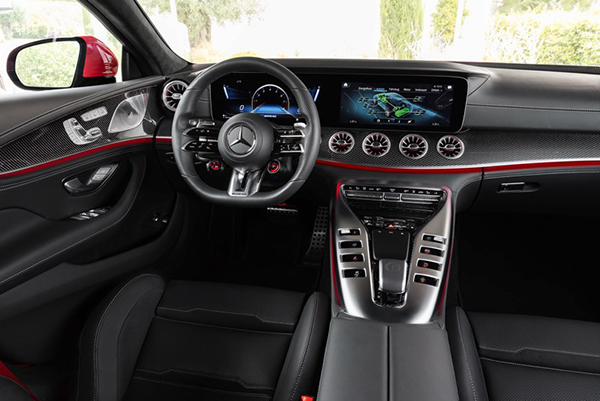 Speaking of circles, since the new GT four-door version comes standard with rear-wheel steering (RWS) – albeit not the type used on the S-Class or the EQS – it has a 12.2-meter turning circle or 0.4 meters less than a GT Four-door without RWS.

Different priorities were had when it comes to comfort as well, with the GT 63 S in E Performance guise only featuring a 335-liter (11.8 cu ft) trunk, which is just as long and wide as before but has a raised floor to accommodate the battery, the electric motor, the two-speed gearbox and a limited slip-differential on the rear axle.

What do all these numbers tell us about the new AMG rockstar? Well, it’s definitely not a track-slayer with all that extra heft on a car that wasn’t particularly light, to begin with, even though other cars in its segment are slightly heavier.

It’s also not a long-distance cruiser either, with that fun-sized luggage compartment or the somewhat petite gas tank (the non-hybrid GT 63 S had an 80-liter gas tank), but the performance-over-practicality approach it has is nothing short of amazing.

On top of all of that, it also signals that the Mercedes-AMG V8 is here to stay for a few good years into the future, even though it now comes in a much less traditional guise.