Born in the fiery crucible of the Affalterbach, Baden-Württemberg, Germany headquarters, the 4.0-liter V8 engine sitting inside many of the Mercedes-AMG creations is clearly a work of art. A sensible one, though, as proven by a Mercedes-AMG GT 63 S 4Matic+ 4-Door Coupe that features a few tasty (but heavy) upgrades.

Well-known professional racing driver and renowned European vlogger Daniel Abt recently went for a visit to Kempten, Germany, where he chronicled the trials and tribulations of shaking up the tarmac and his own ears (in the case of an equally modified A 45 S) while checking out some of the rides belonging to luxury car collector TheSatinCrew.

Among them, rising high up on our Mercedes-AMG radar is a menacingly all-black GT 63 S 4-Door Coupe clad in a very aggressive Inferno Carbon Fiber Body Kit created by the Russian experts over at TopCar Design. We find all about the neat modifications performed on this 4,630-lb (2,100-kg) behemoth starting from the 0:45 mark when the presentation kicks off with some insider help. 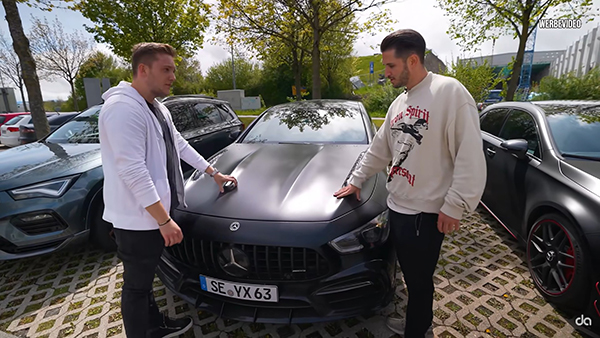 Daniel Abt is basically mesmerized by all the neat little details, such as the fact that its full carbon fiber hood now has just a tiny portion exposed to the elements, while the front bumper and the entire rear fascia were completely reworked, save for the rear wing.

The side logo isn’t so much to his liking, unlike the Yido Performance 22-inch forged wheels that were used “because the stock ones were a little too small,” but the real treat for this build only comes from the 4:55 mark when it’s time for a peek under the hood. 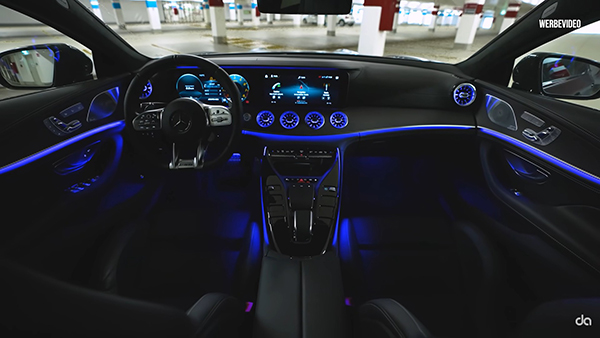 Quite literally, that is, because the underside is covered in Pagani-sourced “camouflage” carbon fiber! As for the V8 itself, it got slapped with a pair of upgraded turbos from Opus Automotive, which now make it able to churn out some 870 PS (858 hp) as it waits for the fuel pumps needed to reach the 1,000-horsepower threshold.

Naturally, it’s time for a quick drive, but not before a cinematic piece from the 6:52 mark that also makes a point from showcasing the stock interior. After that, Daniel Abt wastes no time in hitting around 307 kph (almost 191 mph) on the Autobahn, even though he’s quite distracted by the annoying wind noise.

It’s not the only issue with this tuned monster, though, because he also gets a check engine light from the 14:20 mark when it’s time for a feisty launch up to “just” 187 kph (116 mph). Maybe it was the previous (from 12:20) engine and exhaust check that unsettled the mighty AMG?