The custom market is booming, as people got out of options to spend their money. Among the more extravagant builds we’ve found on Bring a Trailer, this Mercedes-Benz Metris converted as a Maybach looks very convincing. 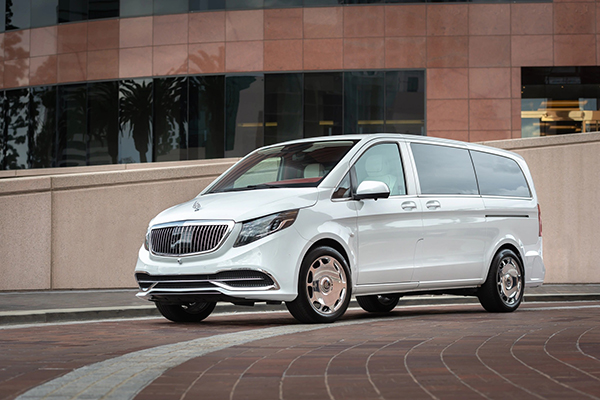 Maybach epitomizes luxury and taste in the automotive segment. Nevertheless, Daimler decided to kill the brand in 2013, following sluggish sales in the aftermath of the 2008 financial crisis. The Maybach name returned two years later as a sub-brand of Mercedes-Benz, building luxurious versions of the S-Class limousine and the GLS SUV. The move was meant to keep the name for the most luxurious vehicles in Mercedes-Benz’s lineup. 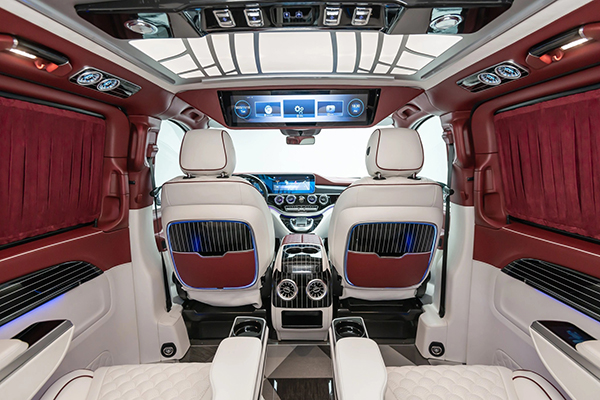 Nevertheless, it also means that converting a Mercedes-Benz vehicle into a Maybach was easier than ever. Sure, a Maybach GLA would look ridiculous, but the models in the upper echelon are all up for grabs. As hard to believe as it is, the Americans chose the unlikeliest model to turn it into a Maybach, although it makes a lot of sense, as you can see for yourself looking at the photos in the gallery. We’re talking about the Metris van, a model known as the Vito in Europe.

The Metris is somehow crippled in the U.S. because it is derived from the European cargo van. The luxurious V-Class would be a much better fit for the American way of life, but Mercedes-Benz decided it didn’t want to step into the minivan market. As such, the Metris is a rudimentary van, good for transporting workers to a construction site and less as a luxury shuttle. This doesn’t mean there’s no market for it, as many conversion vans prove. 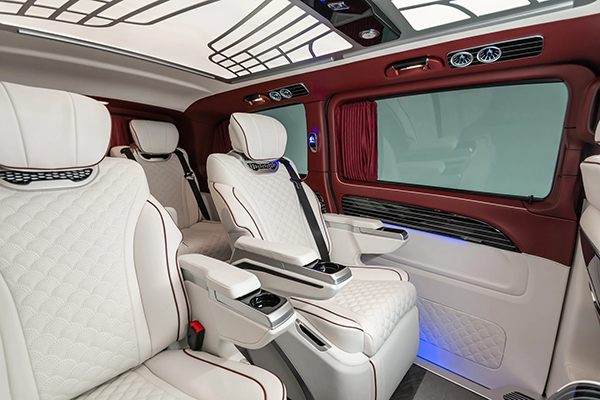 This 2021 Mercedes-Benz Metris has been converted to look like a Maybach, and the work includes the most luxurious features ever produced for Mercedes-Benz. It comes with Maybach-branded alloy wheels, power-operated rear sliding doors, a Maybach grille, and attention to detail that would make even Mercedes-Benz jealous. The 2.0-liter inline-four gasoline engine might not be the most refined powerplant for a Maybach vehicle, but it will do the job without fuss.

The interior features heated and ventilated reclining middle-row seats, heated and cooled third-row seats, rear folding tables, and power-operated rear privacy curtains. The build is indeed worthy of the Maybach name, and the cockpit even features a luxurious dashboard instead of the dull Metris instrument panel. We’re certain this Maybach-style conversion will fetch a lot of money on Bring a Trailer. Halfway through the auction, the highest bid is already at $105,000, but it wouldn’t be a Maybach for less than $150,000.