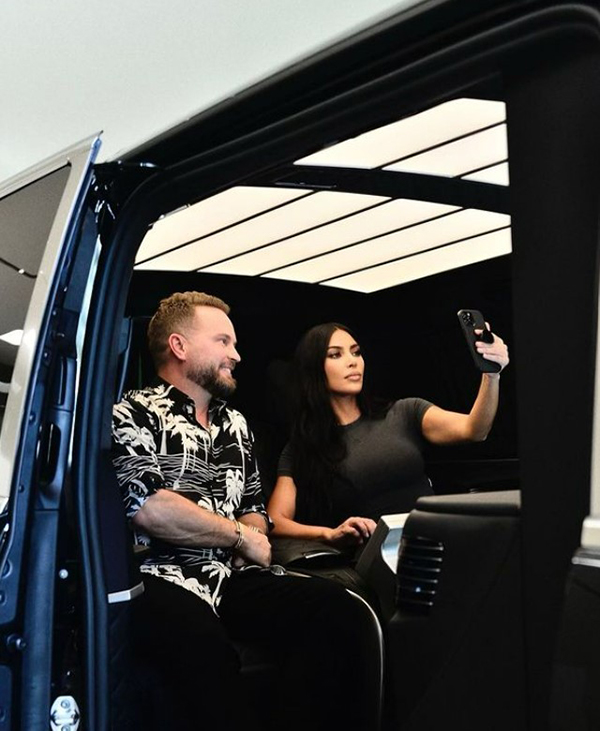 There’s no surprise that Kim Kardashian would go for some of the most luxurious and customizable cars out there. She is a businesswoman and a brand, so her belongings have to fit in her lavish lifestyle.

And, although she has a strong partnership with Platinum Motorsport, she doesn’t mind switching it up every now and then. And for this Mercedes-Benz V-Class with Maybach Gear, she worked with famous celebrity car dealership WiresOnly, owned by RD Whittington, and it features in his new show on Discovery+, Million Dollar Wheels.

In a new episode in the newly released series following the world of car sales for A-listers, we get to see Kim K’s reaction when welcoming her new minivan. With a black exterior, it features elegant black leather seats, and it’s big enough for Kim and her four children.

The Keeping Up with the Kardashians star was very excited and impressed with her new vehicle, and said “I love it so much,” even before hopping inside. She re-shared the shots on her Instagram Stories, writing: “I’m a car girl.” This is obvious, if you know anything about her or her car-loving family. 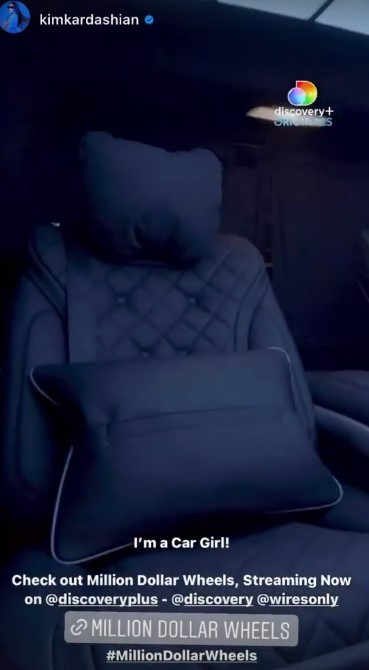 Previously, RD Whittington shared that, if Kim and any other celebrity, including Tom Holand, would be interested in the same car, the socialite would win, no questions asked.

Funnily enough, it was reported that Kanye West, her future ex-husband, has also purchased a similar minivan from the same car dealership. He flaunted it in Los Angeles when he was out for an ice cream run.

Besides the new, luxurious van, it was recently reported that Kim K has paid around $100k just to paint her cars in the same gray shade you find inside her home.