We recently spent some time in the comfortable and well-equipped Metris Weekender, a camper van that arrives this spring. It was cool, mostly because it was a reasonably sized, classy camper. The Mercedes-Benz Metris van on which it is based is a little less flashy and lower-profile than the larger Sprinter work van, although for 2021, it receives a much-needed update with plenty of new tech. 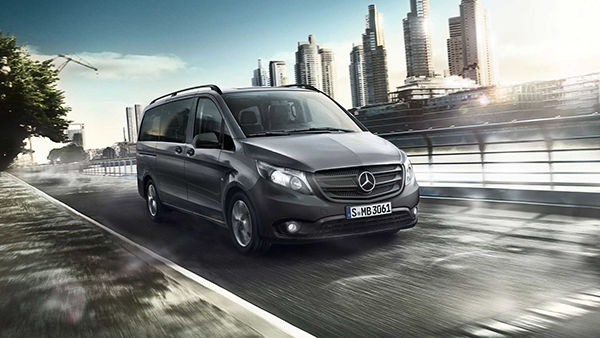 Okay, that new tech has limits. Open the 2021 Metris’s doors, and you won’t find a glamorous widescreen display like those found in Mercedes-Benz’s upper-crust sedans and SUVs. Instead, the new Metris trades in its old 5.8-inch central display for a new 7.0-inch touchscreen with smartphone integration. The face-lifted Metris also receives high gloss black trim for the center console, updated black seat covers, and a new plastic floor covering.

A new nine-speed automatic transmission backed up by gearshift paddles on the steering wheel takes over for the seven-speed unit used before, though no mention is made of any changes to the Metris’s turbocharged 2.0-liter four-cylinder engine. The van has gained a little weight, with the light variant coming in at 6,834 pounds and a heavier variant at 6,393 pounds. 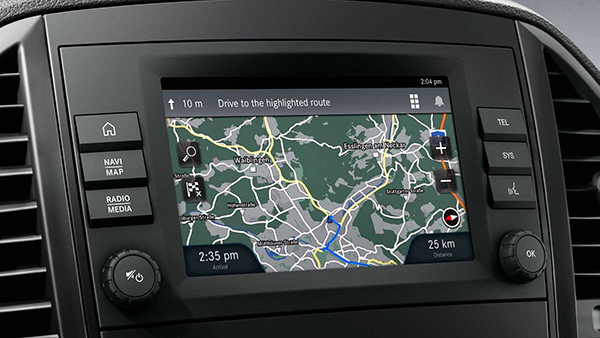 Other useful upgrades for the Metris include an available digital rearview mirror—a boon on models with the split barn doors or with frequently full-to-the-roof cargo areas that block the rear windows—an expanded color palette, and newly available features like adaptive cruise control and Active Brake Assist, which helps prevent rear-end accidents. And even though you might not notice much of a visual difference, Mercedes has tweaked the Metris van’s grille design.

The 2021 Metris changes coincide with Mercedes-Benz’s reveal of the van’s European sibling, the Vito. The Vito offers an electric variant, but it’s unclear whether we’ll see something like this in the U.S. “At this time we cannot communicate any decision here regarding whether we’ll sell an electric version in the U.S., or when,” Mercedes said in a statement to MotorTrend. Pricing for the gas-powered Metris is just as cloudy, but we expect to see it closer to the van’s launch early next year.