Mercedes-Benz’s van-building division introduced a comprehensively updated Vito that gains better in-car technology, new turbodiesel engines and, in some markets, an available electric powertrain. The American-spec model, which is known as the Metris, will receive some of these improvements for the 2021 model year. 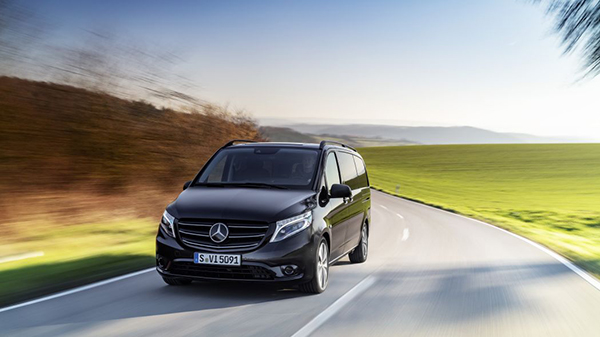 Negligible at best, the visual changes are largely limited to a subtly redesigned grille, new-look headlights, an expanded color catalog and additional alloy wheel designs. More meaningful updates are found in the cabin, where the Vito receives a seven-inch touchscreen for the infotainment system, an improved rear-view camera, and a digital rear-view mirror. The company noted this technology takes some of the guesswork out of driving a van by showing drivers a clear view of what’s behind them at all times. The camera’s field of vision is about twice as wide as a standard rear-view mirror, and there are no headrests (or heads) in the way. Motorists who prefer looking at a conventional mirror can turn off the camera by flicking a switch mounted on the base of the unit. 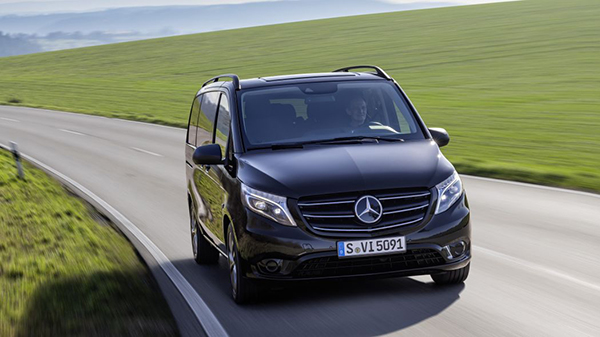 In Europe, the palette of available powertrains is wider than the Danube. Buyers have a quintet of four-cylinder turbodiesel engines to choose from: a 1.7-liter rated at 102 or 136 horsepower, and a 2.0-liter with either 163, 190 or 236 horses on tap. No gasoline-burning engines are available. Some models come with a six-speed manual transmission, but most of the line-up is fitted with a nine-speed automatic. It doesn’t end there, though. 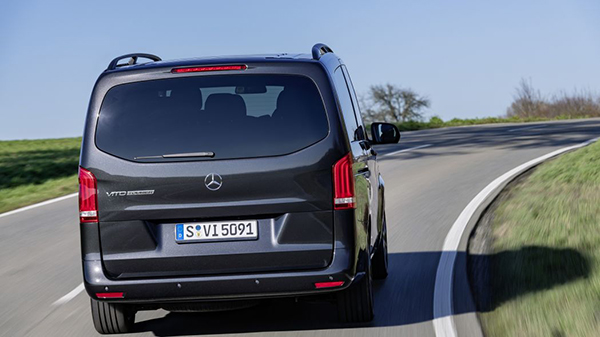 The entry-level engine is available with front-wheel drive only, while the 136- and 163-horsepower units are available with front-, rear-, or all-wheel drive. Customers who select the 190-horsepower engine need to choose between rear- and all-wheel drive. Finally, the most powerful unit can spin the rear wheels or all four, though it’s only available in vans registered as passenger vehicles rather than commercial vehicles — an important distinction in many European countries due to tax structures and annual inspections requirements. 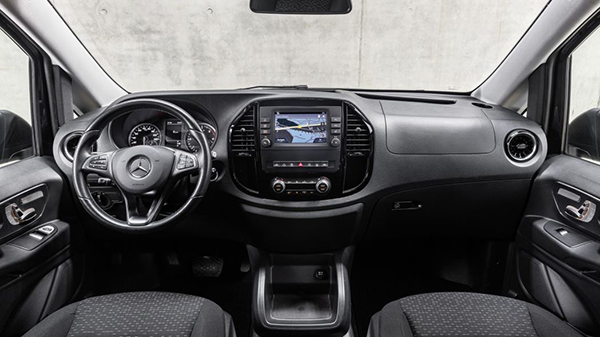 There are three body lengths and two wheelbases available, and the Vito hauls up to 3,000 pounds in its most potent configuration. That seems like plenty of configurations, but we’re not quite done yet. There’s one more, and it’s important.

Going electric will allow fleet operators to circumvent restrictions on gasoline- and diesel-powered engines in certain European cities. The battery-powered drivetrain available in the Vito consists of a 201-horsepower motor that zaps the front wheels into motion, and a 100-kilowatt-hour lithium-ion battery pack that holds enough electricity for up to 262 miles of driving range. Charging the pack — whose usable capacity checks in at 90 kilowatt-hours — from 10% to 80% takes 45 minutes when using a 110-kilowatt fast charger, but a full charge takes about ten hours when plugging into either a wall box or an 11-kilowatt public charging station. 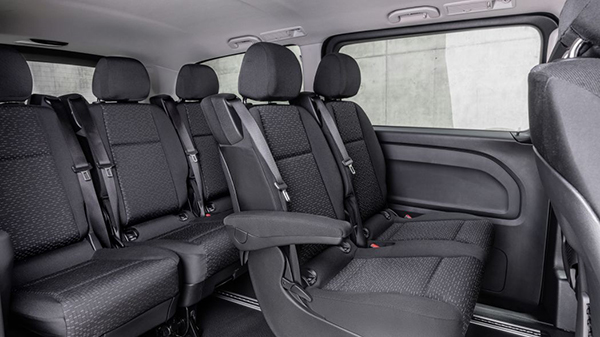 Mercedes will offer a standard version of the electric Vito that stretches 202 inches from bumper to bumper, and a 211-inch-long model with an extended wheelbase. The electric van can seat up to nine passengers. It’s ultimately a cheaper, more basic off-shoot of the EQV introduced at the 2019 edition of the Frankfurt auto show. There’s no word yet on how much the battery-powered model can haul or tow, though Benjamin Kaehler, Daimler’s head of electric vans, noted the electric conversion doesn’t compromise cargo space. 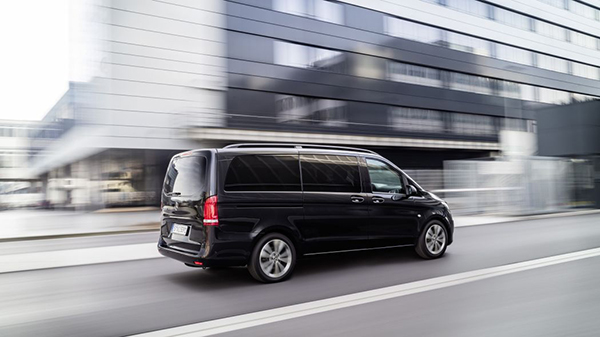 In the United States, the updated Metris will reach showrooms for the 2021 model year with the redesigned Vito’s touchscreen (though the MBUX software still isn’t available), digital rear-view mirror, and grille, among other minor modifications like new vent nozzles. “We have not announced an electric or diesel offering for the United States market,” a company spokesperson told Autoblog. Pricing information will be released closer to its launch.