Salty Blue company in Hamburg, which deals with the conversion of individual vans into camper vans, has modified a Mercedes Vito. The conversion is available from 2023. 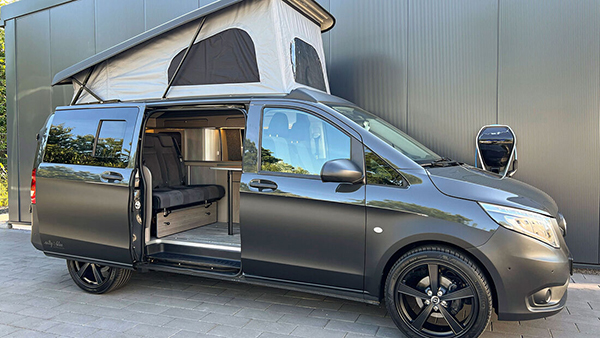 So far, Salty Blue in Hamburg has been converting VW T5 and VW T6 vans into camper vans. Now Salty Blue exhibited a camper van based on the Mercedes Vito at the Caravan Salon in Dusseldorf last month. It includes a kitchen equipped with a two- gas burners and a 40-litre compressor fridge with ice compartment located on the driver’s side.

Salty Blue positions this conversion in the premium segment, with an expert team of master carpenters, boat builders and engineers working on it. Everyone at Salty Blue is united by their enthusiasm for camping and their aim is to create the most flexible extension for caravans. 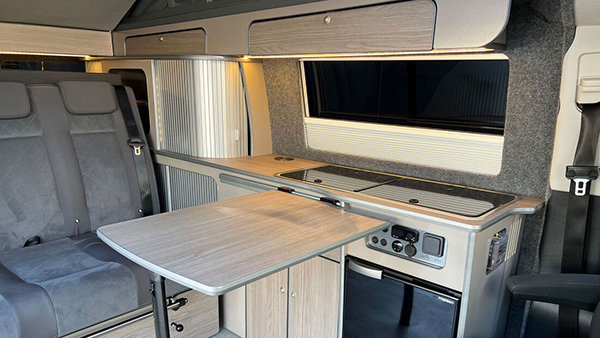 The rear bench has seat belts for three people and the length you can sleep on is two metres. The bench cushion doesn’t need extra cushions or separate toppers. The bench cushion folds forward and so does the backrest creating a flat surface. We can tell how comfortable it is only after sleeping on it for a night.

Salty Blue says that the bench can be moved along the entire length of the car, allowing you to carry bulky goods such as a bicycle or pieces of furniture. In the back, on the driver’s side, there is a tall locker with a sliding door with blinds and a shelf in the top section. 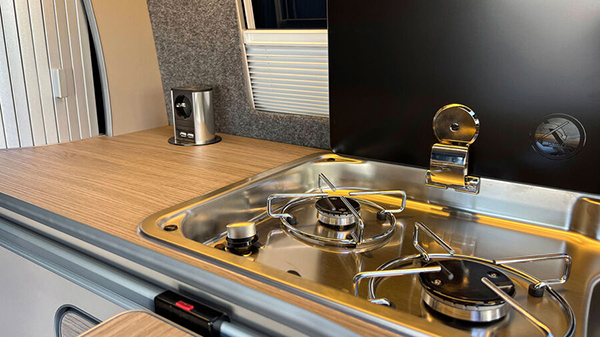 The fresh water tank has a volume of 50 litres which is generous for a compact camper and can be removed if needed. This is possible because the tank has a quick-release fastener that separates the supply and water pipes. The domestic water tank is permanently fixed but can be opened from the outside so that it can be emptied.

An 80 Ah AGM battery is responsible for the power supply and for cold evenings, a 2 kW diesel auxiliary heater provides enough heat. 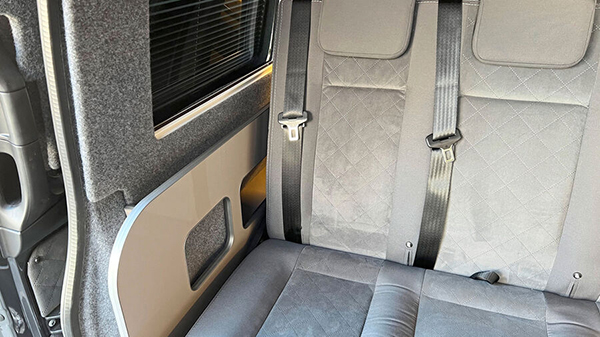 The list of standard equipment is completed by an outside shower. A photovoltaic system and a chemical toilet can optionally be ordered.

The price of the Mercedes Vito Camper Van made by Salty Blue is 74,900 euros and deliveries start in 2023. The Vito Camper Van is based on the Vito commercial vehicle with diesel engines of 136, 163 or 190 HP combined with manual or automatic transmissions, rear or all-wheel drive. Total weight is between 2,800 and 3,200 kg and is recommended for 4 people.

Salty Blue not only modifies new vehicles but also used ones. So, if you already have a Mercedes Vito, you can modify it at Salty Blue.