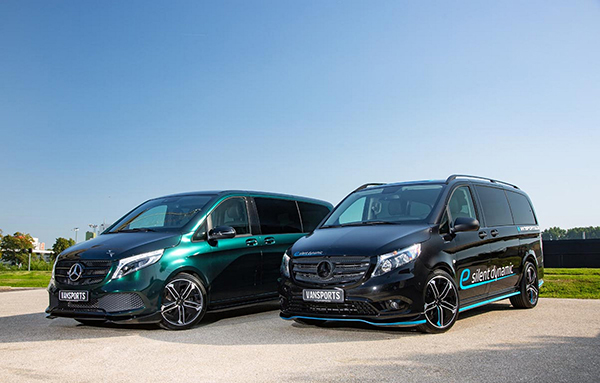 Kicking off the duo is the V300d that is painted in a shade of dark green that sparkles under direct sunlight. VanSports has lowered the ride height of the van by 30 mm while also fitting a new front lip spoiler, side skirts, and a rear lip. Making it stand out even further are dual black tailpipes. 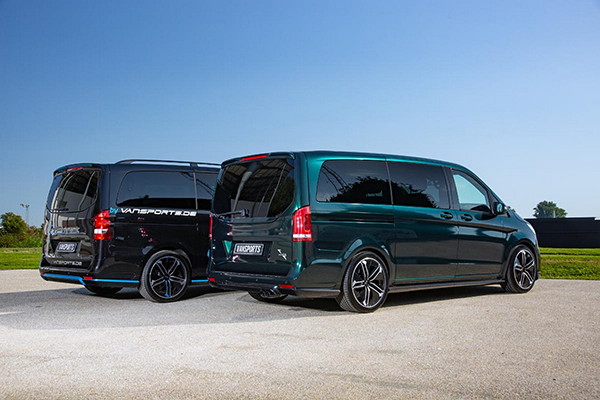 Hartmann has also tuned the V300d’s 2.0-liter turbo-diesel four-cylinder engine, although it does not disclose horsepower and torque figures. The van is also equipped with a unique set of Aerorad VAED wheels measuring 20×9 at all four corners that are wrapped in 245/40 front and 275/35 rear tires. 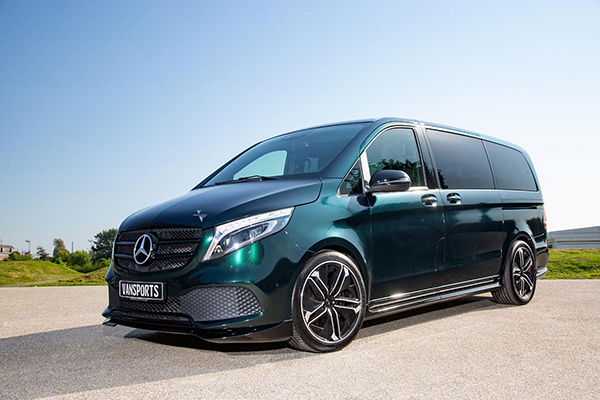 The second model tweaked by the tuner is the all-electric e-Vito. It benefits from the same VP Spirit Aerodynamic Kit as the V300d and also sports a striking roof spoiler. It is also fitted with the same Aerorad VAED wheels and has also had its ride height dropped by 30 mm. 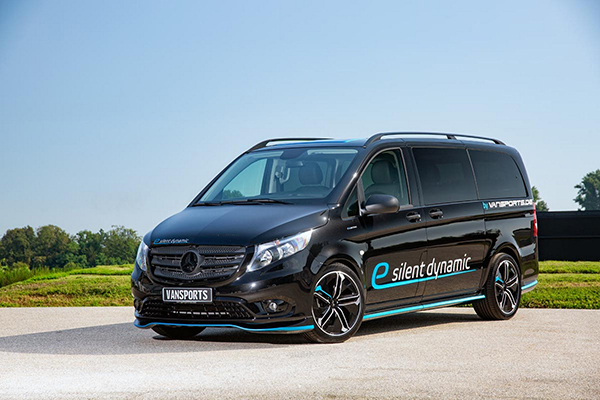 As if that wasn’t enough to make the e-Vito stand out, it also features bright blue accents across its front and rear lips, as well as the side skirts.

Pricing details for the upgrades haven’t been announced.