Here’s an interesting detailing procedure that can be likened to globetrotting the entire Earth in just a few minutes, with the bonus of getting a shiny and (like) new car at the very end. Why are we comparing a Mercedes-Benz V-Class van to a journey around the world?! Well, because this Level 2 detailing was performed in the UK on a German vehicle that’s been customized by a Middle Eastern company.

Detailing the World’s Most Expensive Van!

Few people have even heard about Turkey’s Dizayn VIP, but according to our host Nabil Naamo, they’ve turned this black Mercedes V-Class into the most expensive and luxurious van that has ever visited the Topaz Detailing shop. 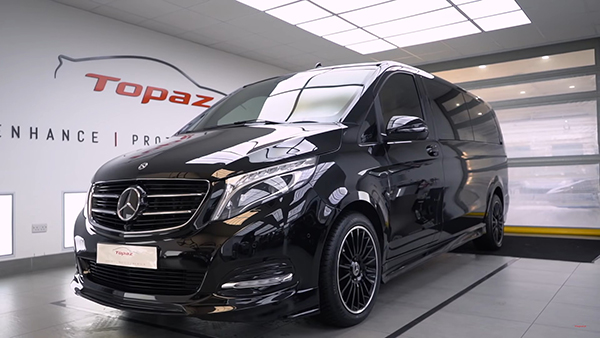 And that’s big praise coming from a guy who’s regularly among some of the most exotic cars on the planet – remember how Topaz handled not one but two Bugatti Divos at the same time? Or that one time when Danish supercar maker Zenvo wanted some added paint protection for its TSR-S hypercar? 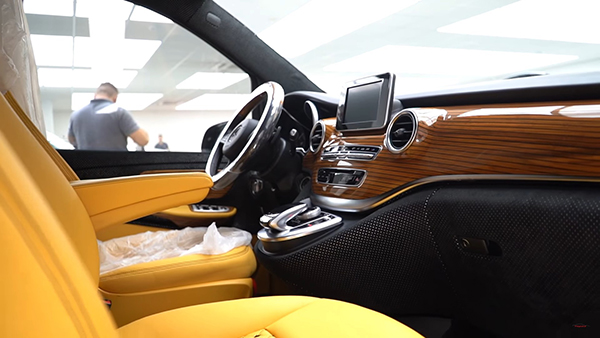 Well, even after working for years among so many precious supercars and dealing with larger-than-life superstars, it’s impressive that he’s getting so excited for something that’s usually making shuttle trips between airports and hotels.

But, given its bespoke treatment, this Dizayn VIP V-Class is clearly no ordinary minivan, even after spending its time on the road working as a mobile office. Instead, its inconspicuous all-black interior hides a mustard-like yellow secret – a regular Ali Baba’s cave of wonders as far as luxury and high-tech features are concerned. 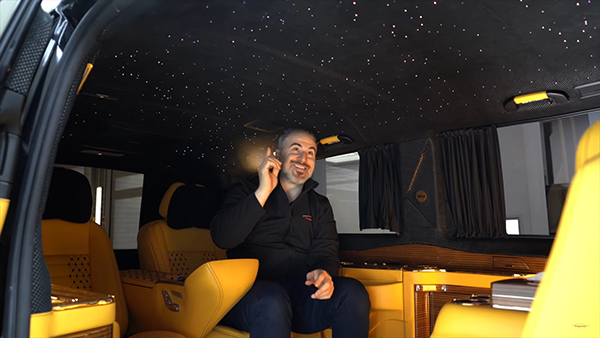 Sure, one could fret about the driver’s seat not having electric assistance, but the main focus was actually on the four seats tucked behind the divider panel – which includes a large-screen TV, by the way. Check out the Level 2 detailing process from the 2:50 mark as quickly as possible because the goodies always come last.

As such, we’re treated to all the juicy details from the 8-minute mark, when we have the chance to see the entire transformation along with a few of the secrets that have been tucked on board. Those include a PlayStation console, Apple TV, powered tray table, or fingerprint-enabled security vault sitting opposite the champagne compartment and the expresso machine.