The updated Mercedes Vito panel van is on sale now, with prices starting from £22,845 excluding VAT. The revised model features a handful of cosmetic revisions, a host of mechanical upgrades and the option of an all-electric drivetrain. 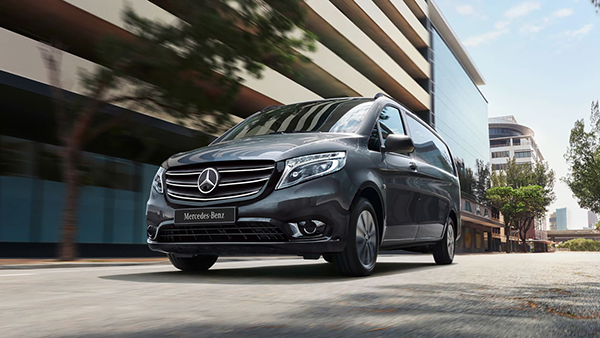 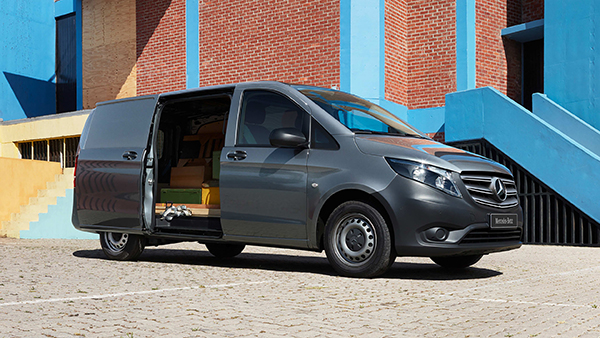 The Vito Sport is priced from £40,745. The trim-level is only available on the Crew Van model, but it adds a host of extra equipment including black leatherette upholstery, a heated windscreen, heated front seats and an upgraded seven-inch touchscreen. Exterior revisions include AMG side skirts, sports suspension, roof rails and a few unique decals.

Buyers can have their Vito van in a choice of three wheelbases and three body styles, including a standard panel van, a crew van and a nine-seat tourer – although prices for this latter option are yet to be confirmed. Mercedes also says the panel van variant boasts the highest payload in its class, with enough grunt to haul up to 1,369kg.

There’s also an extensive options list which can add items such as a larger 70-litre fuel tank (£96), interior grab handles (£54), a leather steering wheel (£234), ambient lighting for the cabin (£264) and automatic climate control (£1,944). There’s also a choice of six alloy wheel designs, ranging between 17 and 19-inches in diameter – as well as 11 paint finishes. 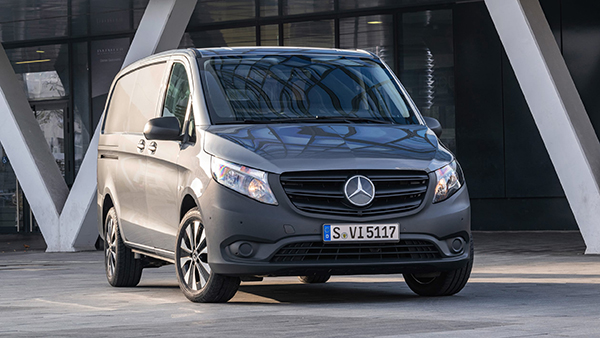 Facelifted Mercedes Vito: engines and drivetrain
The entry-level Vito 110 CDI is powered by a turbocharged 1.7-litre four-cylinder diesel engine, which develops 101bhp and 270Nm of torque. It sends power to the front wheels via a six-speed manual gearbox – and Mercedes says the unit offers economy and emissions figures of 37.7mpg and 174g/km of CO2 respectively.

A more potent version of the same engine is also available in the Vito 114 CDI. It produces 134bhp and 330Nm of torque – and, like the entry-level unit, it’s only available with a six-speed manual gearbox and front-wheel-drive. The engine’s economy and emissions figures are a claimed 38.2mpg and 174g/km of CO2.

Stepping up in capacity, Vito 114 CDI RWD models and above are powered by an updated version of the outgoing model’s turbocharged 2.0-litre four-cylinder diesel engine. Buyers can choose from an output of either 134bhp, 161bhp or 187bhp – and all three units are fitted as standard with a new nine-speed automatic gearbox.

New all-electric Mercedes eVito
Mercedes has confirmed that it will launch a new all-electric version of the Vito panel van later this year, called the eVito. Prices will be confirmed closer to the model’s on-sale date but, when it does reach UK showrooms, it’ll join a growing market of all-electric commercial vehicles – rivalling the new Vauxhall Vivaro-e and the upcoming all-electric Ford Transit.

The eVito’s electric powertrain is identical to the system found in the recently revealed Mercedes EQV luxury MPV. It comprises a 100kWh battery pack and a front-mounted motor, which develops 201bhp and 362Nm of torque. 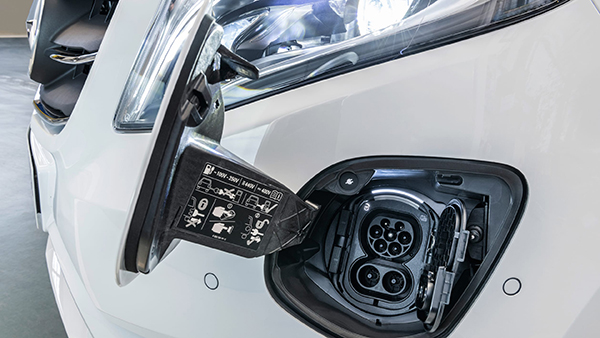 Mercedes claims its new electric powertrain will provide the eVito with a maximum range of 262 miles and that, when plugged into a 50kW DC fast-charger, the battery pack will recover a 10–80 percent charge in around an hour and 20 minutes.

As the eVito’s battery pack is mounted under the van’s floor, there’s no difference in the amount of cabin or cargo bay space, either. So, the all-electric version should share the same carrying capacity as its combustion-engined siblings, with a maximum load volume of 6.6 cubic metres.