Mercedes-Benz Unimog is a giant, there is no doubt about it. But it depends on who stands next to it. Caught between the colossal trucks and the passenger cars, the Unimog is a midget compared to the Actros, for example, but a real Goliath when placed next to a 300 SL. 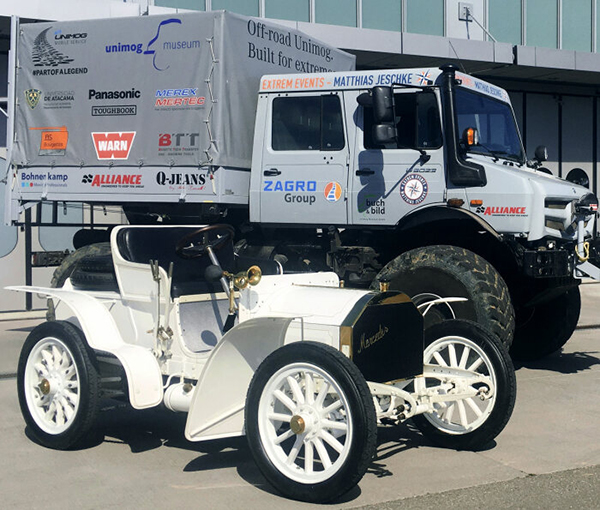 The Mercedes-Benz Simplex from 1902 goes as high as the huge tires of the Unimog U 5023. The sight is jaw-dropping and it is only normal. The Unimog has to deal with steep climbs, has to tackle muddy routes and fight the rocky land outside the tarmac. Balloon tires with reduced tire pressure get the vehicle to its destination. 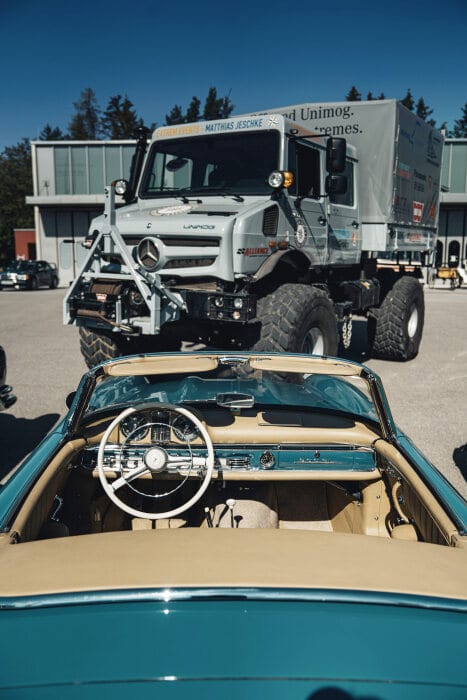 Meanwhile, the Simplex, designed by Willhelm Maybach in Stuttgart, was a super-luxury class that breathed style. With powerful engines at that time, ranging between 40 and 60 horsepower, the automobile was as elegant as fast. On 1st of March 1902, it defeated all its opponents in Nice, at the Nice-La Turbie hill climbing.

The Simplex weighs 1.7 tonnes and it looks quite raw-boned next to the 5.5-tonne Unimog. But there is a bigger heart underneath its hood, as it was normal at that time. The Simplex came with the 6.8-liter engine, while the Unimog got the 5.1-liter unit, both featuring four cylinders. When it comes to power, the “Big Foot” is a winner. It gets 230 horsepower. The Simplex has to settle for only 45. 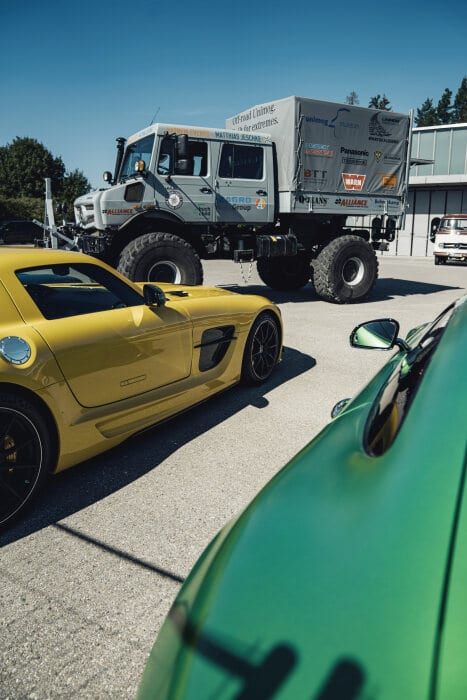 The rugged truck and the dainty automobile met up in Immendingen, at the Daimler testing grounds. A special photo shoot included the several vehicles, from the 1950’s Mercedes-Benz 300 SL to the current high-performance AMG GT sports cars. The heaviest of them was, no doubt, the Unimog.