What else is there to say about the range of multi-purpose all-wheel drive medium trucks produced by Daimler under the Unimog banner? Perhaps we should just skip the general formalities and dive in headfirst in discovering what makes this modified 1979 Unimog 421 Flatbed tick. 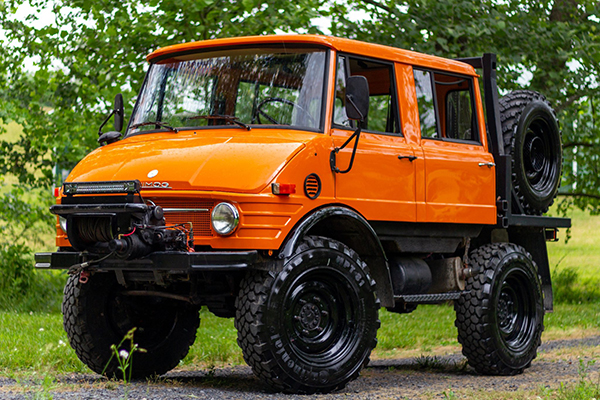 After all, the stories about the Unimog and its rugged practicality, functionality, and adventure-conversion potential might be enough to fill the pages of a modern, Mercedes-Benz-inspired reinterpretation of the “One Thousand and One Nights” collection of stories. If ever written, the chapter about this 1979 Unimog 421 Flatbed would most likely fall under the summer road trips banner. 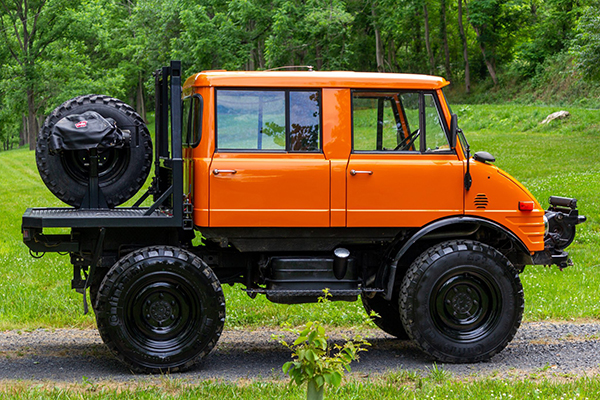 But, of course, new adventures need to be experienced to get inspiration for the story. Right now, the modified rig that looks ready to get you and an off-road camper just about anywhere, including the edge of the world, is awaiting its new owner. Impatiently, I might add, since the auction created by seller Teewinot on Bring a Trailer is just about to run its natural course. 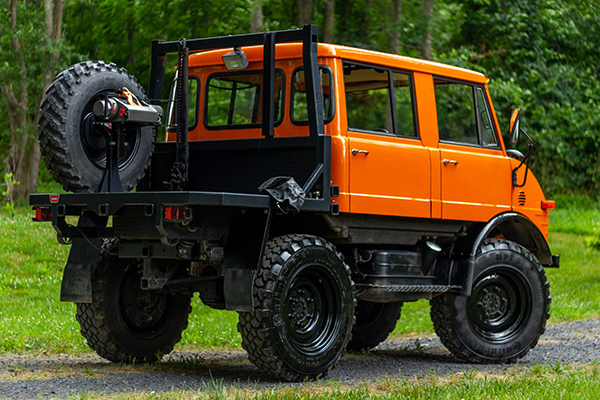 There are just ten more hours left on the auction clock and the current highest bid has reached the funny quota of precisely $27,002. Still, except for the cool orange paintjob, nothing is very amusing about this go-anywhere-rig. Instead, it’s up for some serious off-roading thanks to its dual-winch setup, huge ride height, and chunky all-terrain tires. 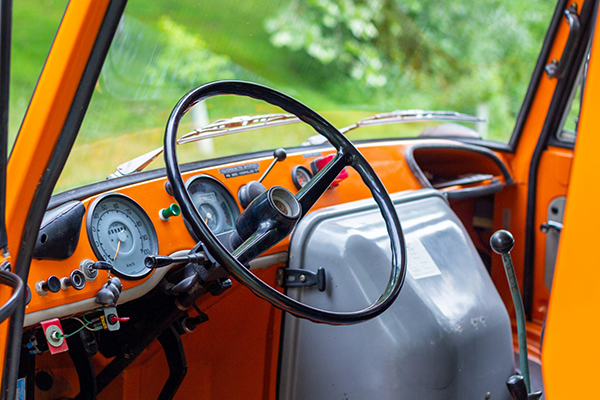 And these are just a few highlights that are easy to spot from afar. Delving deeper, one will hear the Unimog 421 double-cab was initially used in Switzerland as a personnel carrier to a hydroelectric dam. It was subsequently imported to the United States and a previous Texas owner took care of adding the flatbed. 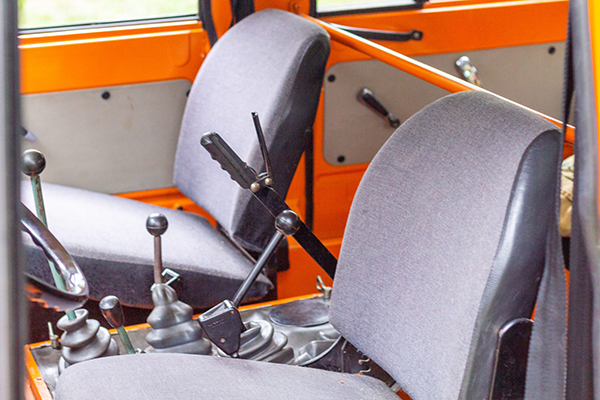 Now it resides in Delaplane, Virginia, and the seller is the one that ordered the refurbishment, which included the new paintjob and adding a turbocharger to the 2.4-liter OM616 turbodiesel inline-four, 20-inch black wheels, and the LED light bar, among others. Service was done a few months ago and the paperwork includes a clean Virginia title… so it’s probably all set to go on new adventures.