Mercedes-Benz Unimog definitely plays in a league of its own even when you compare it to the most capable alternatives out there. The first two that come into mind are the Jeep Wrangler Rubicon and the Mercedes-Benz G-Class, but neither can even come close to the supreme abilities of the “Universal-Motorgerät” when it comes to clearing patches of rough ground. Perhaps we’re not thinking big enough?

After all, the Unimog is a truck, but its off-roading prowess is indeed impressive even for a vehicle its size. The beast is well-known for conquering almost any type of terrain, being the first choice for anyone looking to build a go-anywhere nomadic rig for traveling across the globe. That is, if you can afford it.

We’ve seen how this type of builds can go well over $300,000, which is enough to get you a nice house with a lot more square footage, but minus the wheels. However, people who embark on this kind of adventures have made a very clear choice regarding their accommodation priorities, so comparing the price to that of a house makes little to no sense for them. 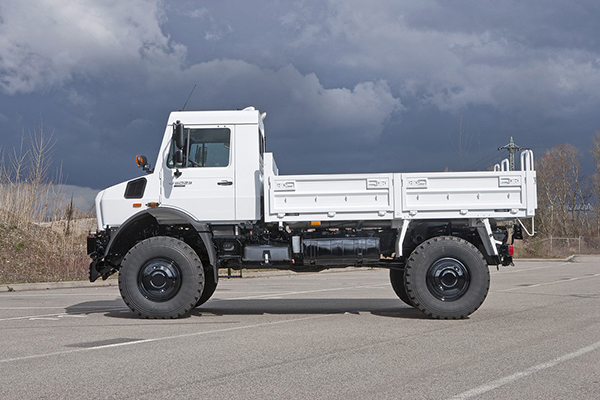 We’ve also seen how unfazed the Unimog is by almost anything mother nature can throw at it. If the truck can physically climb over it, then traction isn’t going to be a problem. With three locking differentials, big tires with aggressive treat pattern, and more gear combinations than we’d like to count, the only limitations it has when clearing an obstacle is its ground clearance and approach and departure angles. And it has pretty decent numbers there too.

Put all this together and you can definitely see why the readers of the German (an important detail) “Off Road” specialist magazine have voted the Unimog the “Off-Road Vehicle of the Year” with no fewer than 54.9 percent of the votes going its way. As if that wasn’t dominant enough, 2021 is the 17th year in a row when the Mercedes-Benz truck takes the title. In total, 39,211 votes were received for 251 vehicles spread over 13 categories. The Unimog, however, reigned over them all.