Mercedes-Benz Unimog is a highly-capable off-roading truck. Actually, it’s more of a fusion between a tractor and truck and can easily be described as a stubby beast that can do it all. It can tackle any unforgiving terrain, and with minor tweaks, it will perform almost any task you throw at it, from plowing fields to carrying soldiers into battle. 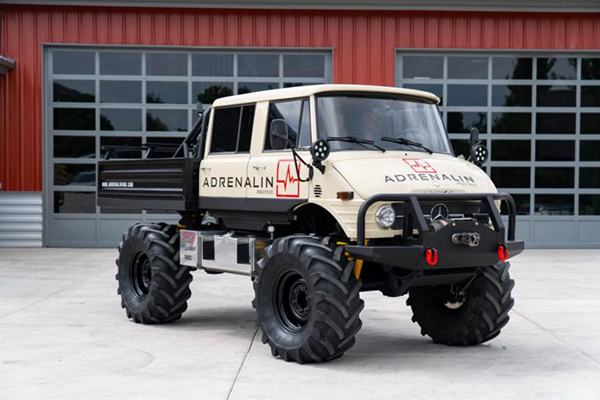 Since the truck’s inception in the late 1940s as a vehicle used in agricultural activities in post-World War II Germany, the world has seen twelve generations of the Unimog. Needless to say, the design of the vehicle has suffered some changes over the years, but its off-road nature has remained the same.

Actually, its capabilities have improved and it has become a multigenerational legend. The model you’re looking at here just popped up for sale on Bring a Trailer and is a 1976 Unimog 416 Doka model that features the relatively rare double-cab body (its Doka moniker comes from the German word “doppelkabine,” meaning double cab). 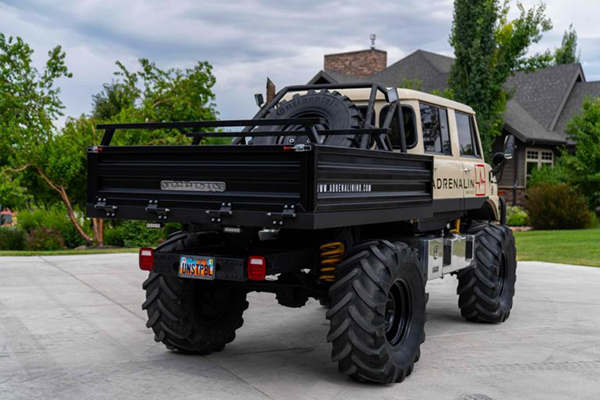 This example of the utility truck was purchased by the current owner in October 2019. It is a long-wheelbase model powered by a turbocharged 5.7-liter Mercedes-Benz OM352 diesel inline-six engine, coupled with a four-wheel drive system and a 20-speed manual transmission. It features three locking differentials and portal axles front and back.

With a body finished in tan over black vinyl upholstery, the Unimog 416 brings to the table a series of upgrades it received over the years. These improvements include “fast” axles, new disc brakes, a body lift, 20″ steel wheels, twin fuel tanks, and a custom front bumper. 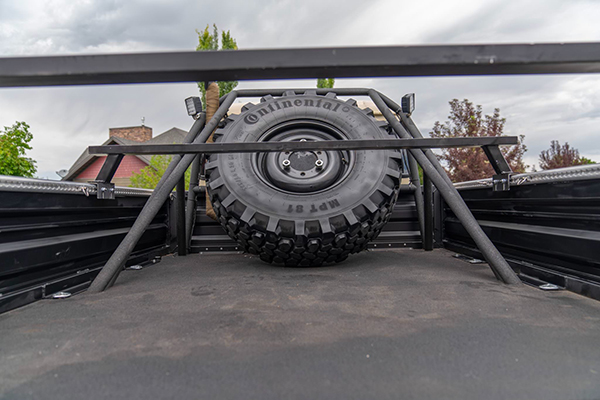 Considering its impeccable off-roading capabilities, this Doka could be your next overlanding rig, if that’s what floats your boat these days. If not, you can just use it for your weekly trips to the supermarket, but it would be a shame to bound this mighty giant to dull city traffic when it could offer you unforgettable adventures where the roads end.