While crossovers and SUVs remain king with today’s consumers, there’s still room for luxury sedans to thrive. The Mercedes S-Class is still a pinnacle of modern luxury, which will get a substantial update when the next-generation model arrives for the 2021 model year. Countless spy photos, dating back to 2017, have shown the sedan in various stages of development. Even the latest images still show much of the car hidden under camouflage. Mercedes won’t reveal the new S-Class until next year, but until then, we can see what the sedan could look like when it arrives thanks to a new rendering from our friends at Kolesa.ru 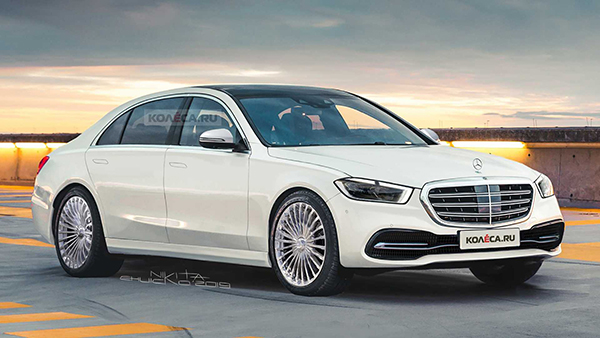 The next-generation S-Class isn’t a complete design evolution. The S-Class rendering imagines much of what’s hidden under the camouflage, showing off new headlight designs, revised grille shape, and new lower front fascia. Down the side, the rendering features unique, pop-out door handles. Mercedes tried – and failed – to keep them hidden. The profile also shows a sharp crease that runs from the front fender to the rear wheels, which is a styling element found on the current S-Class.

At the rear, the rendering shows off the S-Class’ new taillights that are similar in design to taillights found on other new or recently refreshed Mercedes models. The chrome strip spanning between the taillights is a nice touch. The rendering shows a redesigned S-Class rear end with a new rear fascia and tailpipes. 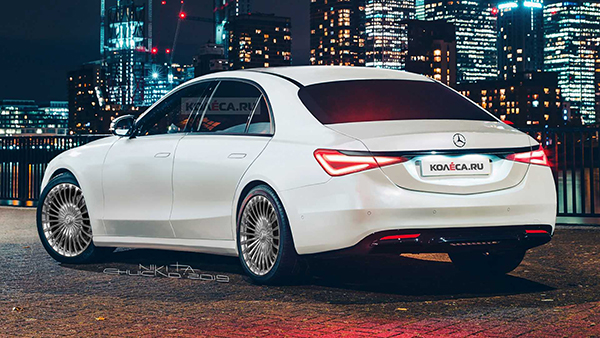 The 2021 Mercedes-Benz S-Class sedan won’t debut until sometime next year, and even then, it could still be several months away. Though when it does arrive, it will carry over at least one welcomed part – the V12 engine. Other powertrains include hybrids, smaller V6 and V8 engines, and, possibly, a fully electric version. But that’s a few years down the road, Mercedes has to reveal the new petrol-powered S-Class first.