Despite a minor decrease in global sales, Daimler is happy to report positive financial results for 2019. To maintain its momentum, the German manufacturer has several new products scheduled for a launch later this year, and among these are the all-new Mercedes-Benz S-Class and the electric EQA.

Through an otherwise boring press release detailing Daimler’s 2019 results, the manufacturer confirmed the new flagship sedan of Mercedes will arrive later this year. We’ve seen tons of spy photos and videos with the posh model and our educated guess is that it will debut in the second half of 2020, most likely during this fall’s Paris Motor Show.

The three-pointed star company will also launch its first compact fully electric SUV, which, again, should arrive in Q3 or Q4 of 2020. The GLA EV is expected to offer a familiar look combined with two or three different configurations depending on the peak output and maximum range. Sales should begin before the end of the year. 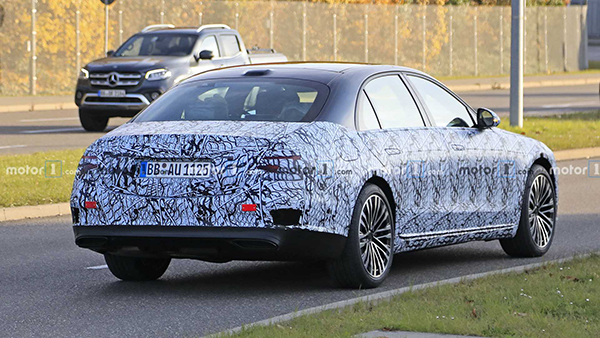 The EQA will be part of Daimler’s major push towards electrification and lower CO2 emissions, which also includes “numerous variants with plug-in hybrid drivetrain and 48-volt technology.” Also, Mercedes plans to quadruple the share of plug-in hybrids and fully electric vehicles in total sales this year and to produce electric batteries in nine plants at seven locations on three continents around the world.

The automaker is currently testing an all-electric version of the S-Class, which will receive the EQS moniker. Teased yesterday, the luxury EV sedan could also debut before the year’s end but not before the arrival of the W223 S-Class.