Though SUVs are no match for the flagship S-Class, smaller sedans are feeling the heat on the sales floor, even from within the family. 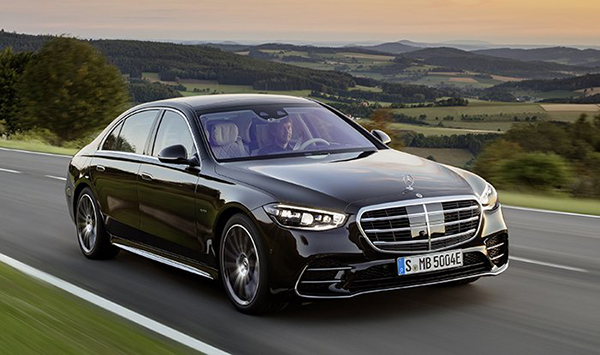 At the head of the Mercedes table is the S-Class. Every bit of technology every car and truck on the road has today, the flagship sedan first had years before. It doesn’t follow trends; it creates and delivers them to the masses.

Not every trend belongs to the S-Class, though. The rise of SUVs over the past few decades is among said trends. Mercedes read the room early on, adding more models to go with its iconic G-Wagon. And while the S-Class has nothing to worry about at the moment, if ever, CarBuzz ponders about the future of the rest of the Benz sedans.

“We’ve had unbelievable success with SUVs,” Mercedes boss Ola Källenius told Autocar, “but the upper-luxury limousine segment is very robust. We believe that with the new life cycle, we can grow volume again, despite the SUVs. The segment seems to be particularly resilient for us.”

Thus, the S-Class is on solid ground. However, the other sedan Classes may be looking over their shoulder.

Back in July, Reuters reported Daimler AG would cease production of sedans in the United States and Mexico following their Q2 2020 losses. This includes the C-Class, assembled in Tuscaloosa, Alabama, and the A-Class, built in Aguascalientes City, Aguascalientes. Both plants will continue to manufacture SUVs, including the GLE, GLS, and GLB.

Reuters also notes Mercedes is considering its options among its more niche models, like the C-Class and E-Class convertibles. Could they disappear in favor of more capacity for SUVs? It’s within the realm of possibility.

According to CarBuzz, the GLC is Stuttgart’s biggest hit in the U.S. Not just the best-selling SUV in America, but the best-selling Benz in America. Around 74,000 were sold Stateside in 2019, each starting at $42,500. That’s compared to just over 12,500 copies of the outgoing S-Class, each going for $95,000 at minimum.

Yet, the S-Class is the standard all others, including the G-Class, follow. Its hegemony remains unchallenged to this day, its future brighter than ever. It may wind up the last sedan left standing in the years to come.