Mercedes-Benz just revealed the 2021 S-Class, and before the day is out, we already have photos of the sedan rolling off the assembly line in Germany. Unfortunately, these cars are not U.S. bound. We’ll have to wait for 2021 to get our hands on the new S-Class on this side of the world, and predictably, Europe gets the initial taste. 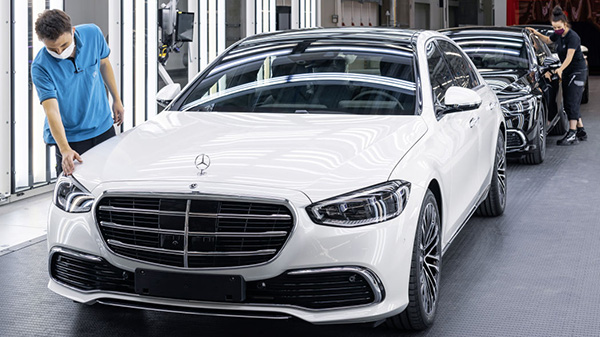 It’s being produced in a new production facility that Mercedes so industrially calls Factory 56. The factory is new for the brand, and it’s designed to be much more sustainable than older car building sites. Another goal for the factory was efficiency. Mercedes claims that this next-gen S-Class will be produced with 25 percent greater efficiency than the previous generation thanks to a new assembly system. On just a single floor, Mercedes will be producing the traditional gas-powered S-Class, a to-be-announced PHEV variant and the fully-electric EQS. In short, the assembly line is much more flexible than it was before, incorporating new autonomous transport systems and a new modular body and powertrain marriage process. 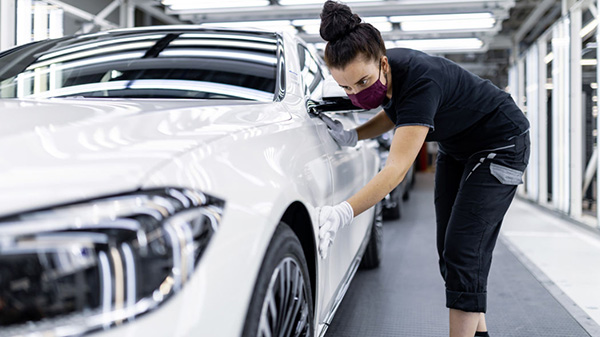 The sustainability aspect comes from the lower energy consumption of the plant itself — Mercedes says it’s a carbon-neutral plant. It gets energy from a massive array of solar panels and can store this energy when it isn’t needed in reused vehicle batteries. Much of the roof is covered in vegetation, and natural sunlight is used for lighting in some areas. This sustainable mantra is carried over to the S-Class cars the factory builds. 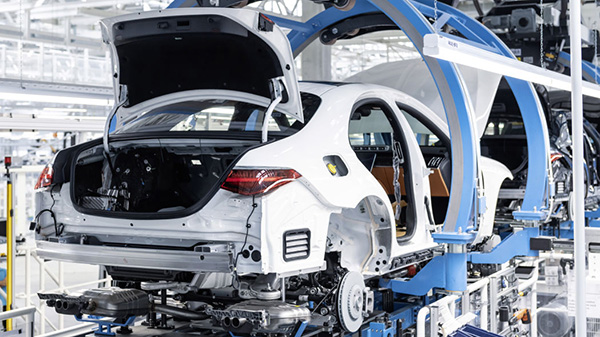 Mercedes says it has doubled the amount of components in the car that are made from recycled materials to 120. In total, 198 pounds of recycled material can be found in the new S-Class. The interior uses a new “natural fiber microsandwich.” Sounds tasty, right? This material is used in door panel map pockets, seat backrest linings and the parcel shelf. Mercedes says it weighs 40 percent less than the previous materials and its greater strength results in improved crash performance. 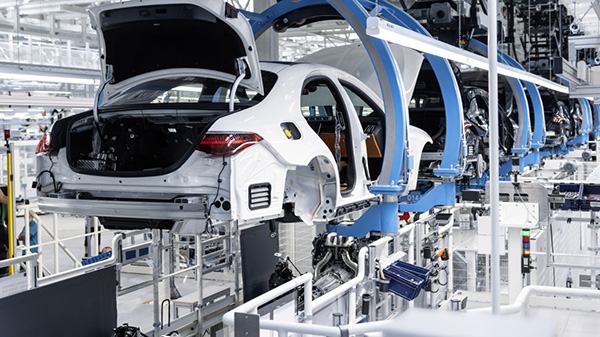 Recycled nylon is used for the floor coverings. Mercedes collects old fish nets and fabric remnants from mills and carpets destined for a landfill, then transforms them into a new thread. Mercedes’ marketing name for this recycled material is ECONYL. Eco-friendly nylon sounds fairly representative of it to us. 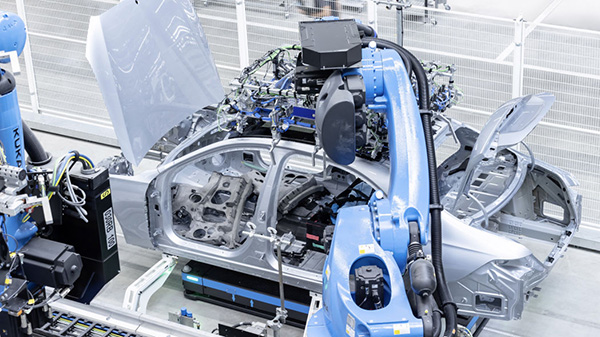 Additionally, the cable ducts that route electrical lines through the vehicle are now made of recycled plastics. There are plenty of wires, so this accounts for six of the 198 pounds of recycled materials. Obviously, this interior isn’t filled with sustainable materials like the Polestar 2 is, but it’s nice to see Mercedes making an effort to be more environmentally friendly with its materials decision making. 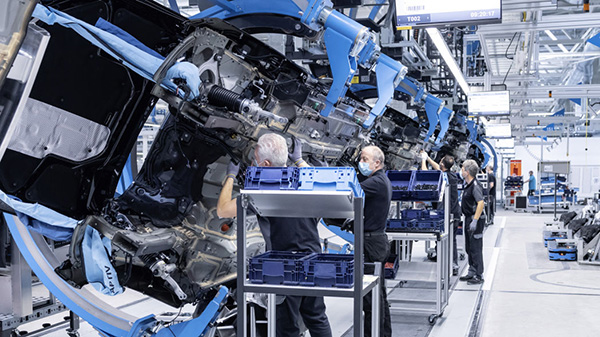 We’re still waiting on official EPA fuel economy numbers, but the low 0.22 drag coefficient makes it one of the most aerodynamic cars in the world. That’s even better than the Tesla Model 3 and Toyota Prius, and the S-Class is massive compared to those vehicles. Of course, this also helps cabin acoustics and interior serenity, one of Mercedes’ goals for any S-Class. Read our full reveal story to get a more in-depth breakdown of what’s new with the 2021 S-Class.