The Mercedes-Benz S-Class was just unveiled and it certainly holds a lot of promises to customers. Due to its loads of features, its press release alone is about 83 pages long. 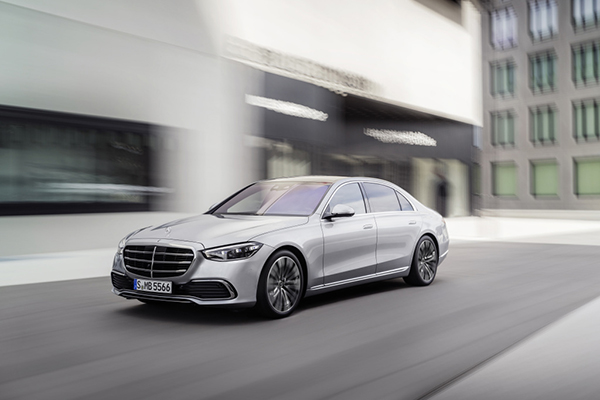 However, we won’t bore you with the technicalities and the flowery presentation of Mercedes. So we just picked up the best and most important features of the new flagship luxury car of the three-pointed star brand for an easy read and so we could go on with our daily tasks right away.

The major overhaul in the new S-Class is found in its onboard tech that governs its navigation, comfort, and safety elements, so we will start from there. 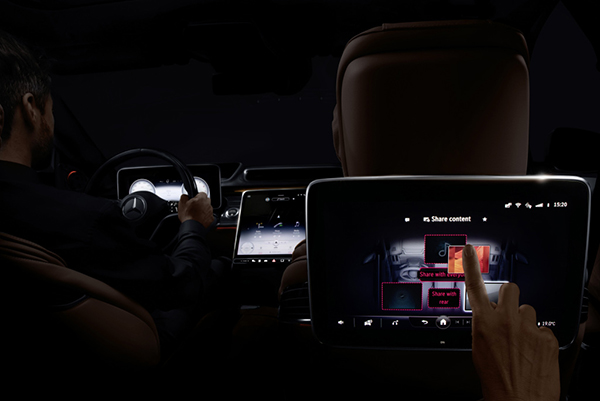 1. Technology Within the New Mercedes-Benz S-Class
Making its debut in the new S-Class is the second-generation MBUX (Mercedes-Benz User Experience) infotainment system with touch, voice and gesture controls integrated within the touchscreen displays of the vehicle. As teased earlier, the car comes with up to five screens that utilize OLED technology. That’s one screen for each occupant of the auto.

The entertainment system of the luxury car is complemented by a nine-speaker 3D surround sound system. It can be upgraded with the 3D 15-speaker or 4D 30-speaker Burmester audio system.

Next, a mere touch of a button activates the new 3D driver display that provides an augmented reality effect for better navigation, and it uses an eye-tracking tech to determine the current line of sight of the driver. Cameras positioned in the overhead control panel with learning algorithms via the MBUX Interior Assist also sense the movements of the people in the cabin, particularly the direction of their heads, and respond accordingly with them. For example, if the driver turns his/her head towards the back, the system automatically triggers the sunblind.

A semi-autonomous feature is fitted in the new S-Class too. The more advanced Driving Assistance Package lets hands-off driving up to 37 mph, but the system requires the driver to take the steering wheel back within 10 seconds in compliance with present regulations. It is capable of parking itself as well as automatically braking when it senses obstacles on its path.

Moreover, the new S-Class introduces rear seat airbags for extra protection of the passengers at the back during severe collisions. The air bags help reduce the load of the impact to the head and neck areas of the rear passengers, and it offers support to child seats.

The safety of the car’s occupants is further improved by the new Pre-Safe Impulse Side working hand-in-hand with the E-Active Body Control suspension. It basically raises the body of the vehicle when a side collision looms to focus the blow on the more shock-resistant structures in its lower area.

In addition, the new S-Class takes a new rear-axle steering feature. It allows the rear wheels to turn counter or in the same direction as the front wheels to lessen the steering angle required when maneuvering at low speeds, especially during parking.

The optional pop-out door handles make their debut in the S-Class as well. The handle pops when it senses the authorized occupants of the car and retracts when not in use or when the car is traveling.

Last but not least, the S-Class can be equipped with the optional Digital Light with three powerful LEDs refracted and directed by 1.3 million micro-mirrors for optimum illumination on the road ahead. It is also capable of projecting warning symbols in front with more than 2.6 million pixels resolution to warn other drivers or pedestrians, and it automatically adjusts the illumination of the headlamps to reduce the glare towards oncoming vehicles. 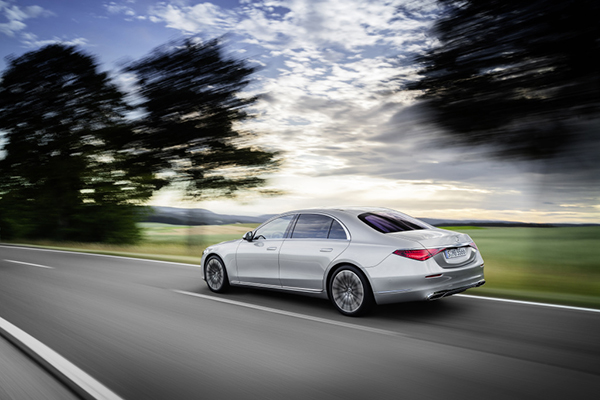 The AMG versions of the car are yet to be announced. They will probably be unveiled in the first half of 2021. 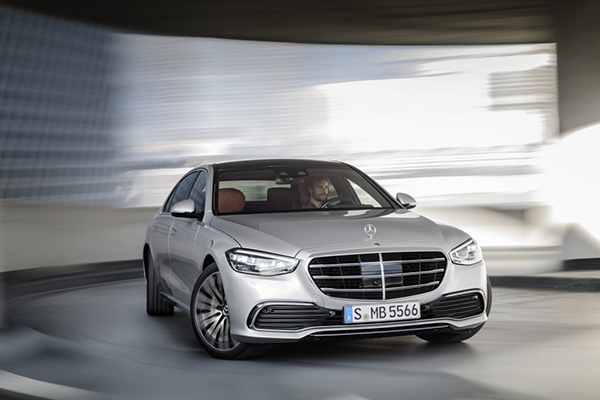 3. Exterior of the New Mercedes-Benz S-Class
Like the latest cars of Mercedes, the new S-Class features cleaner and smoother surfaces. Instead of the heavy use of character lines to emphasize its design, the vehicle reduces them in favor of artistically contoured surfaces that create special light effects for enhanced visuals.

Other than these, the auto retains the distinct saloon elements that elevate it from the other cars of its brand such as its long wheelbase, short front overhang, stretched bonnet, wide track, upright nose with the mounted three-pointed star logo, horizontal louvers on the front grille, and balanced rear overhang. 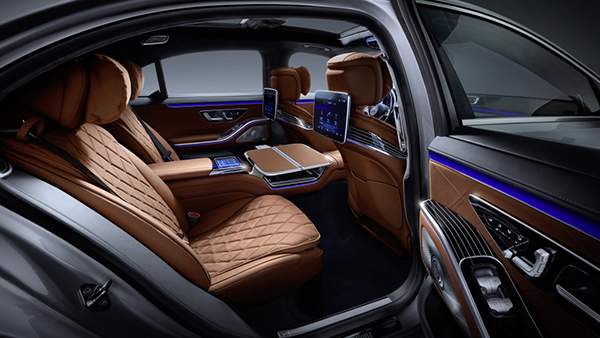 4. Interior of the New Mercedes-Benz S-Class
The new S-Class adopts a more digital layout in its cockpit. It ditches some of its buttons and knobs in favor of touch controls, which makes its cabin cleaner, less cluttered, and more organized.

The car maintains the lounge-feel in its interior with its plush seats in Nappa leather with diamond stitching. The mood is made more relaxing by the ambient lighting and sounds courtesy of its Energizing Comfort programs.