Toto Wolff signs a 3-year deal with Mercedes. Furthermore, INEOS becomes the third equal shareholder, together with Daimler and the Austrian investor. 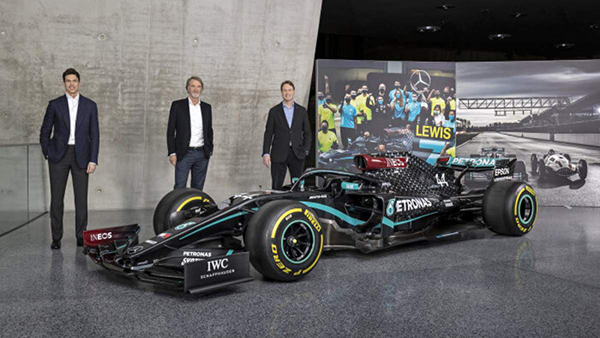 Daimler is thus reducing its share in the team from 60%. Meanwhile, Toto Wolff is increasing his from his current 30. Each of the three shareholders will own 33,33% of the team.

Mercedes has won seven Constructors’ Championships and seven Drivers Championships since its return in Formula 1, in 2010. Back then it was its first participation as a works team since 1955. Toto Wolff found a team that was underfinanced and had great expectations and changed everything around. Today, Mercedes enjoys the support of loyal and prestigious partners, receiving strong commercial revenues. “We are almost profitable”, Wolff claims.

Starting next year, with the new financial regulations in force, the Formula 1 team will work closer with the Mercedes-AMG division in Affalterbach. Furthermore, they have already begun to diversify through its new business Applied Science division.

The team will continue to use power units and chassis developed by Mercedes.

Toto Wolff stays with the team despite rumors of separation
Despite rumors that referred to his departure, Toto Wolff will continue in his role as Team Principal and CEO. He signed of the motorsport division for a further three years. Daimler announces that he will have the opportunity to transition to a new executive position within the organization when he decides it is the right time to do so.

“I am pleased to begin this new chapter for the Mercedes-AMG Petronas F1 Team. This team is like a family for me. We have been through so many highs and lows together that I cannot imagine working with a better group of people in this sport. I am very happy to continue together into this new era. It is a privilege to continue my partnership with Ola Kalenius, Markus Schäfer and Mercedes-Benz for the coming years”, is the conclusion of Toto Wolff, Team Principal and CEO.

The Austrian has one more worry for the end of the year. Lewis Hamilton has not signed a deal with Mercedes and his contract expires at the end of 2020. But, considering his friendship with Toto Wolff, putting his signature on a contract with the team seems to be only a matter of time.