Mercedes-AMG Petronas F1 Team has just launched its brand-new challenger for the 2022 season, dubbed the F1 W13 E Performance. This car is said to be 98% new, after having been redesigned from the ground up with minimal carry-over from its predecessor. 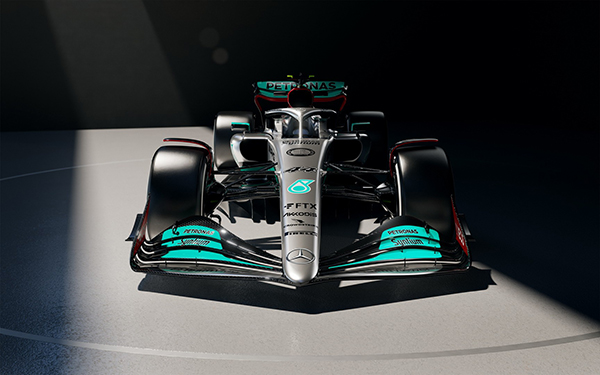 Aside from the new looks, courtesy of a new set of regulations, Mercedes went on to change more parts for the 2022 power unit than on any previous iterations since the introduction of the V6 Turbos in 2014.

Other highlights include the new chassis and a livery that has reverted to silver, a color that has always been within Mercedes’ racing DNA, so to speak. 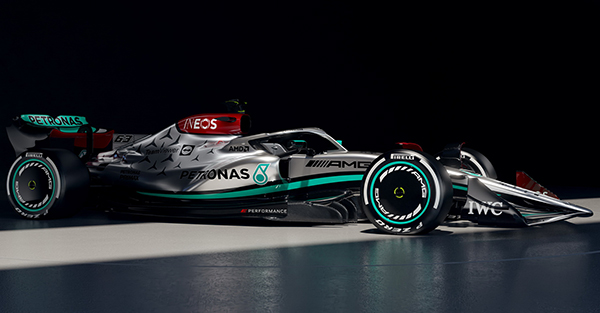 As far as the front wing height is concerned, while we don’t have any exact numbers, we can tell that it’s not quite as high as on the new Ferrari F1-75 or Aston Martin AMR22 cars, but perhaps still a little higher than on some of the other new cars, such as the Red Bull RB18.

“Ever since work on W13 began, I have seen an excited enthusiasm in our team members like never before, thanks to the scale of opportunity that these technical regulations provide,” said team principal and CEO, Toto Wolff.

“We did pretty well during the last big regulatory change into the hybrid era and performed well when we went from the narrow to the wide cars in 2017. While we have a good track record, my message is clear: we can’t rely on past success for this year’s performance, but we can rely on our people, our culture, our structure, and our mindset to do the best possible job for 2022.”

Getting behind the wheel of the Mercedes-AMG F1 W13 will be Lewis Hamilton and George Russell, the latter being a graduate of the Mercedes Young Driver Program and one of the sport’s brightest young stars. Lewis meanwhile enters the 2022 championship with 103 wins under his belt, to go with 182 podiums. He’ll certainly be aiming for his eighth Drivers’ Title.

Both drivers have experienced the F1 W13 extensively in the simulator thus far and, as you can imagine, are chomping at the bit to get this thing out on the track in real life.