Whether you follow Formula 1 or not, you are bound to have already heard or read about Lewis Hamilton’s most recent health predicament, just days ahead of this week’s penultimate race of the season. 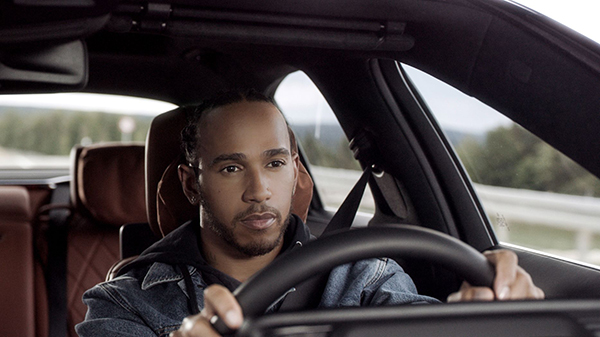 In short, the seven-time Formula 1 Champion will not be attending the 2020 Sakhir Grand Prix because he has been diagnosed with the terrible virus that has been roaming around all over the world in recent months, which also delayed and then contracted this year’s Formula 1 Championship, among others.

“Hi guys, I’m devastated that I won’t be racing this weekend,” Lewis said on social media earlier today. “Since we started the season in June, my team and I have been taking all the precautions we possibly can and following the regulations everywhere we’ve been in order to stay safe. Unfortunately, even though I returned three negative results this past week, I woke up yesterday morning with mild symptoms and requested another test which came back positive. I’ve immediately gone into self-isolation for 10 days.”

That isolation period means that TeamLH might not get to see him drive at the 2020 Abu Dhabi Grand Prix either, the last race of this year’s Formula 1 season. Lewis would need to return a negative test before flying there and another one after he lands, and only if his symptoms keep him fit enough to race in the first place.

That said, his current symptoms are apparently mild, and he is doing his best to stay fit and healthy, according to his social media post.

The problem for everyone else is that Mercedes’ reluctance to make the name of his substitute for this weekend’s race public in due time has made almost all available drivers to offer their services in one way or another.

Funnily enough, the three drivers that have been on the shortlist from the beginning have said next to nothing to improve their chances of driving what is arguably the best car on the grid, with the most obvious choice being either Stoffel Vandoorne, George Russell, or Nico Hulkenberg.

Stoffel Vandoorne is the Mercedes-AMG Petronas reserve driver and was already planning to travel to Bahrain after completing Formula E testing in Valencia, Spain, so he is the most expected to be given the nod.

That said, his most recent shot at driving a Formula 1 car was with McLaren in 2018, and he has only had simulator experience with Hamilton’s team so far.

Next on the list of most obvious contenders for LH’s seat is George Russell, who is currently in his second season with Williams but is part of the Mercedes junior driver program. Choosing him would throw the hot potato in Williams’ hands, who would subsequently need to find a substitute for their driver.

Last on the list is Nico Hulkenberg, who has been without a drive this season but has already substituted for both Sergio Perez and Lance Stroll at Racing Point for three rather successful races.

With that out of the way, what I found to be amusing was the number of people who jumped in social media to offer their services, with their frenzy also coinciding with Lewis Hamilton and Mercedes postponing an announcement about a future contract.

As most of you know, Hamilton’s contract with the team expires at the end of this season, and a new one was supposed to be announced sometime during or between the last two races of the season, which now could be missed by the 7-time world champion.

Jenson Button, Lewis’ former teammate at McLaren, offered his services by tweeting that he will not pee in Hamilton’s car, a joke that refers to a radio conversation with Fernando Alonso while the Brit was substituting for the Spaniard a few years back.

Nico Rosberg, also a former teammate to Lewis, went as far as to start a petition on behalf of George Russell, who many see as Hamilton’s future replacement in a few years anyway.

While it doesn’t really matter who will sub for Hamilton at this weekend’s race, it will definitely be interesting to see if it’s indeed the car and driver combo that’s winning races and championships or not, especially since they will also have Valtteri Bottas as a teammate.

Either way, everyone wishes Lewis a speedy recovery and wants to see him get back into the game next year, as there are plenty of F1 records left to be broken.