The Mercedes-AMG Petronas Esports Team has ushered in the new motor racing year by unveiling its driver line-up for 2021. The team welcomes two newcomers, Jarno Opmeer, who is the reigning drivers’ champion of the F1 Esports Pro Series, and Dani Moreno, who took the Rookie of the Year title in the same series in 2020. Jarno and Dani will make their Mercedes-AMG Petronas Esports Team debut this coming Sunday, January 31, when they compete in the Virtual Grand Prix sprint race. The third member of this year’s driver trio is Bono Huis, who already featured in various competitive outings for the team last year. 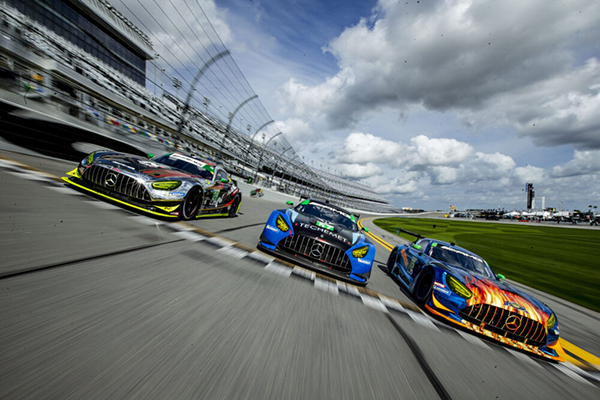 For example, he won the Sim Masters Champion title in the Race All Star Series 2 and competed in the Formula E Race at Home Challenge. Meanwhile on the Formula E front, the Mercedes-Benz EQ Formula E Team named Bono Huis and Jarno Opmeer as its two drivers for the new Formula E Accelerate series today. There will be six races, with the curtain-raiser taking place on Thursday of this week (28 January) and the finale on 25 March. Each race has a duration of around 25 minutes.

Mercedes-AMG Motorsport 24 Hours of Daytona
The next major endurance event on the 2021 calendar is the 24 Hours of Daytona, which is to be contested for the 59th time next weekend (27 – 31 January). Mercedes-AMG Motorsport has an excellent chance of achieving a second podium finish at the Daytona International Speedway. In the GTD class, three strong contender Mercedes-AMG GT3s will be competing in the opening race of the IMSA WeatherTech SportsCar Championship. Driving the number 57 Winward Racing Mercedes-AMG GT3 will be Philip Ellis (SUI), Russel Ward (USA), Indy Dontje (NED) and Maro Engel (GER).

The experienced crew of Mikaël Grenier (CAN), Kenny Habul (AUS), Raffaele Marciello (ITA) and Luca Stolz (GER) will be competing in the number 75 car fielded by SunEnergy1 Racing. Representing Alegra Motorsports in the number 28 car will be former Daytona champions Daniel Morad (CAN) and Michael de Quesada (USA), ably assisted by Maximilian Buhk (GER) and Billy Johnson (USA). The 59th Rolex 24 At Daytona starts at 21:40 CET on Saturday. 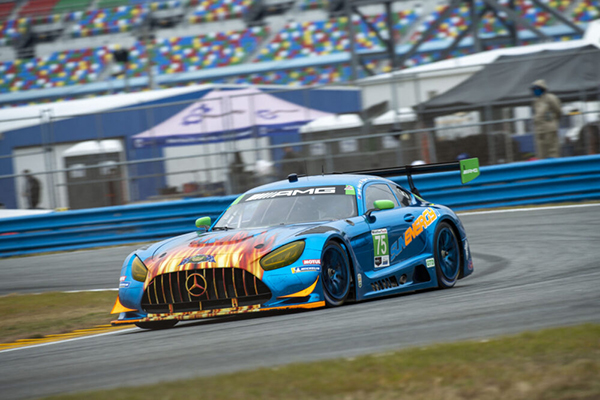 Daytona: Customer Racing Teams Raring to Go After Qualifications
There has been an organisational change ahead of this year’s 24 Hours of Daytona, with a qualifying race determining the starting order for the first time. The qualification took place last Sunday as part of the Roar before the Rolex 24 test sessions which gave the teams the opportunity to make their final adjustments ahead the endurance classic. The 100-minute race was contested on a rain-soaked track, with two drivers from each of the three Customer Racing outfits swapping over in the cockpits halfway through.

The three teams secured good starting positions for the main race next weekend. Philip Ellis (SUI) and Russell Ward (USA) in the number 57 Mercedes-AMG GT3 of Winward Racing qualified fifth. The other two teams – SunEnergy1 Racing (#75) and Alegra Motorsports (#28) – will start next Saturday’s race from P11 and P15 respectively.

#SilverArrowsStory
The next two episodes of our history of the Silver Arrows have now gone online. In the first video, we take a look back at 2012 and the W03, the car in which Nico Rosberg chalked up the first F1 victory in 50 years for Mercedes. The second focuses on the start of a new age: the W04 was Lewis Hamilton’s first Mercedes and the last of the V8 era.