Remember that Mercedes-Maybach S-Class prototype we showed you yesterday? Well, it’s back. This time around, our spies had the opportunity to take a peek inside the cabin to reconfirm the massive changes Daimler’s flagship sedan will be going through for its next generation. Say goodbye to the infotainment system sitting right alongside the driver’s display because the next S-Class – in both Benz and Maybach flavors – will have the new setup previewed by the Vision EQS concept last year. 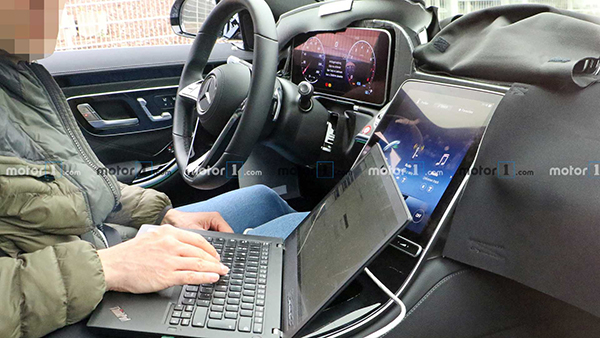 Oriented vertically, the giant touchscreen appears to have swallowed most of the few conventional buttons the current S-Class has, but we are noticing there seems to be a module of controls right below the display. Whether they’re actually traditional buttons or touch-sensitive keys remains to be seen, although we have a feeling it’s the latter.

That Lenovo ThinkPad laptop gets in the way of seeing the rest of the center console, but it does appear the new S-Class will have a separate volume button/slider. Offering direct access to this intensely used function is a wise idea rather than integrating it somewhere in the infotainment’s menu. The abundance of glossy surfaces means many parts of the interior will be a fingerprint magnet, much like the giant screen dominating the dashboard. 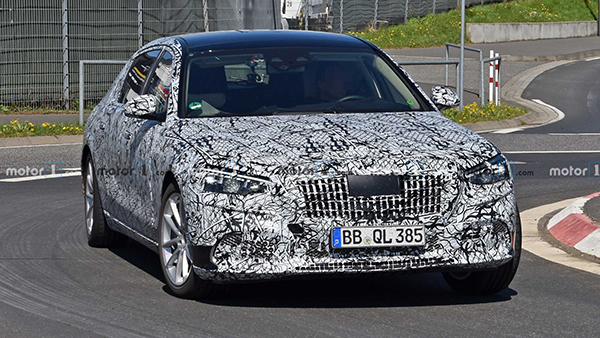 Elsewhere, it would seem the prototype had a mild hybrid setup judging by the “EQ” logo within the virtual tachometer of the digital driver’s display that doesn’t seem to be fully integrated into the dashboard. It goes to show we’re dealing with a work-in-progress car that lacks some of the final bits and pieces of the production model. For these reasons, it’s too premature to draw any conclusions about the cabin, although we’re sure the XXL display is already splitting opinions. 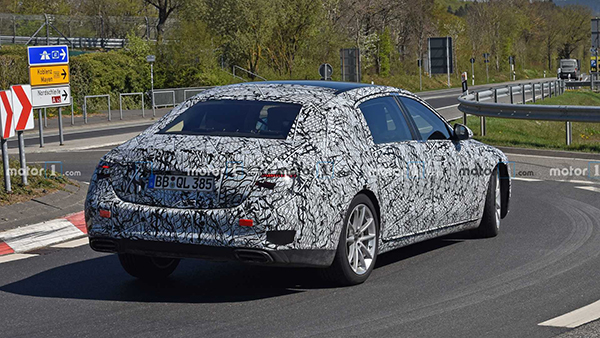 While the front compartment of the Maybach version won’t be that much different compared to the Benz model, the real changes will take place in the back where rear passengers will get to enjoy an abundance of legroom thanks to the further stretched wheelbase. The rear seats are likely to be more comfortable and electrically adjustable in even more ways, while some high-end features will be added on top of what the already posh Benz-branded model will have.

Mercedes has confirmed it will take the wraps off the S-Class (codenamed W223) later this year, but we’re not so sure the Maybach (X223) is going to debut in 2020.