There is a whole family of next-gen Mercedes-Benz S-Class vehicles on the way, and this video offers a lot at the ultra-opulent Maybach variant. The company confirms that the Mercedes-badged S-Class debuts before the end of the year, but the Maybach model probably arrives later.

Judging by the development vehicles in spy shots, the grille is the major differentiating factor on the outside to distinguish the Maybach S-Class from the Mercedes version. The camouflage over the opening on the more opulent version appears to be smaller than on the standard sedan. This at least hints at what to expect when the covering comes off. 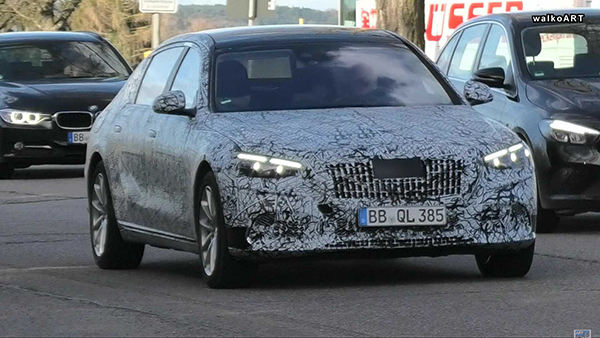 Otherwise, the Maybach model looks a lot like the standard version. The new S-Class has a generally smooth appearance that creates a minimalist aesthetic. The arching roofline doesn’t appear to have such a coupe-like shape as to affect the headroom for rear occupants. This is especially important for the Maybach because folks in the back might have a chauffeur behind the wheel. 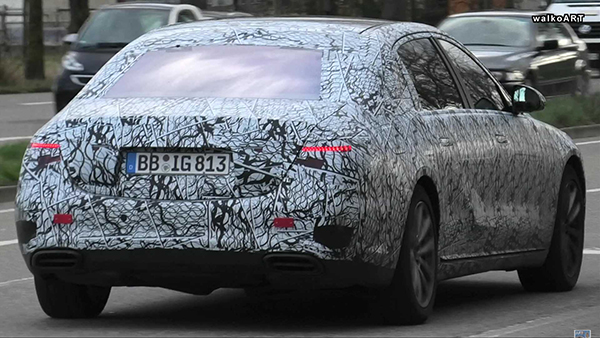 Under the hood, there’s evidence that the Maybach might be the only S-Class variant to be available with a V12 engine. Some of Mercedes’ high-output hybrid mills would also likely be a choice for buyers who want improved emissions and economy. 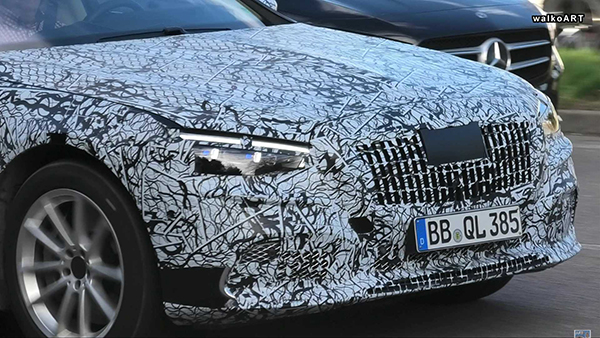 Inside, the Maybach should be among the most luxurious vehicles on the market. In front, recent images suggest there would be a digital instrument cluster and a portrait-oriented infotainment screen next to it. An advanced suite of driver assistance technology would make piloting the big sedan easier for the chauffeur.