Redesigned from the ground up at the 2019 New York International Auto Show for the 2020 model year, the GLS may not be the best choice in the full-size utility vehicle segment. No fewer than 18 recalls have been filed with the National Highway Traffic Safety Administration since August 2019, when Merc called it back for incorrectly installed drain hoses. 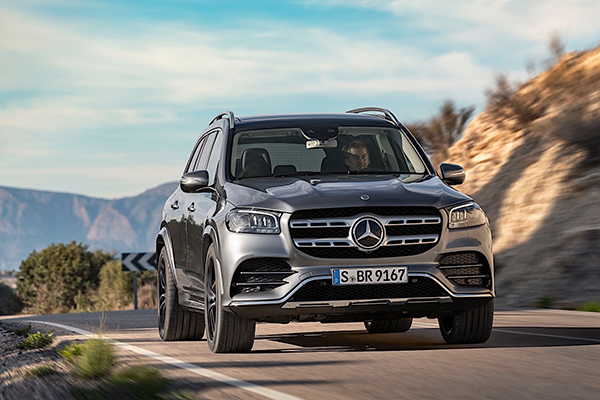 The most recent of the bunch is a quality-related issue as well, which is a bit shameful coming from the German automaker that promises the best or nothing in every respect. Back in March 2019, one month before Mercedes unveiled this generation of the GLS, the safety boffins at Mercedes identified a problem with the deployment of the frontal airbag.

MBAG subsequently determined the deviation wouldn’t affect safety, but nevertheless, the German automaker initiated a plant action to rework all of the affected vehicles in July 2019. It’s easy to read between the lines, but let’s give Mercedes-Benz the benefit of the doubt for the time being. As part of a review of open plant auctions in August 2021, the automaker determined that some vehicles might have been released from the plant prior to being reworked. Mercedes-Benz conducted an investigation in the following months to identify any potentially affected SUVs in the field.

Come January 2022, the investigation refocused on possible implications regarding motor vehicle safety regulations in the United States and Canada. One has to wonder why didn’t anyone at Mercedes ask themselves about possible regulatory implications in these two regions in the first place.

MBAG couldn’t rule out a noncompliance for the frontal crash condition of a rigid wall with 100% overlap at 0 degrees at speed between 13 and 16 mph (21 and 26 kph) for an unbelted 5th percentile adult female in an out-of-position scenario.

These vehicles will have the front airbag sensor wiring harness rerouted correctly, free of charge. A change in the development procedure ensures that this issue can no longer occur from February 14th, 2020 onwards.